These creepy ruins are the ultimate fall road trip from Toronto 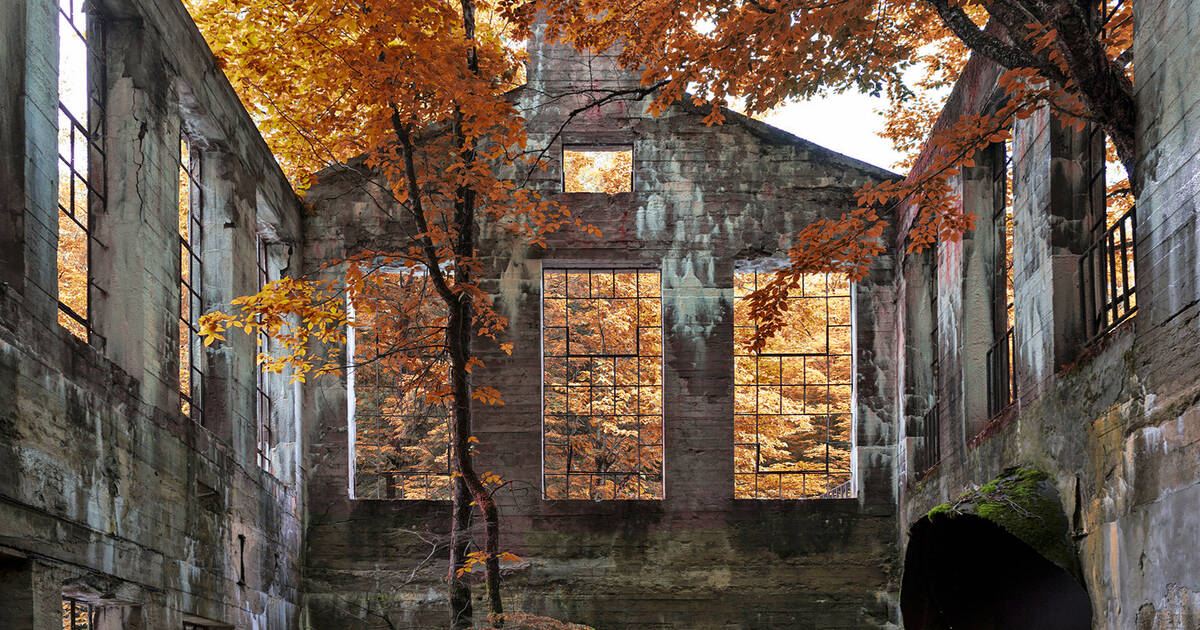 October means fall colours, Halloween, and spooky photo ops. One place to check off a few of these seasonal goals in style is the Carbide Willson Ruins, which is a picturesque and very creepy spot in Gatineau Park.

Located a short trip north of Ottawa, the abandoned building stands forlorn in the midst of the forest, partially hidden by trees on the edge of a waterfall. The decrepit structure is straight out of your favourite horror film.

The ruins were built by Thomas "Carbide" Willson, who discovered a process for creating calcium carbide, which is an industrial chemical. He built the structure as a summer home and as a laboratory for his work.

Willson was allegedly paranoid that competitors would steal his ideas, and tried to isolate himself in the woods to continue his experiments away from watching eyes.

He also built a power station nearby, which the area's residents absolutely hated due to its tendency to change the water level of the nearby lake. After falling bankrupt and eventually dying in 1915, Willson's estate was left to ruin, where it stands today.

The spooky structure stands amidst the foliage of Gatineau Park. Large sections of the building are completely eroded away, while others are stained by time. You can explore inside and out, but there's not real shelter here anymore.

While visiting the ruins, you can also catch sight of some of the many waterfalls that run through the area, some of which helped power the lab. The entire area is scenic, if not as spooky as the ruins themselves.

A visit to the abandoned Carbide laboratory is a decent drive from Toronto, but given how good the Gatineau area is for fall foliage, it's the perfect way to turn a scenic trip into something a bit more spooky just in time for Halloween.

by Staff via blogTO
Posted by Arun Augustin at 6:58 AM