Don Cherry fired for comments about immigrants and poppies 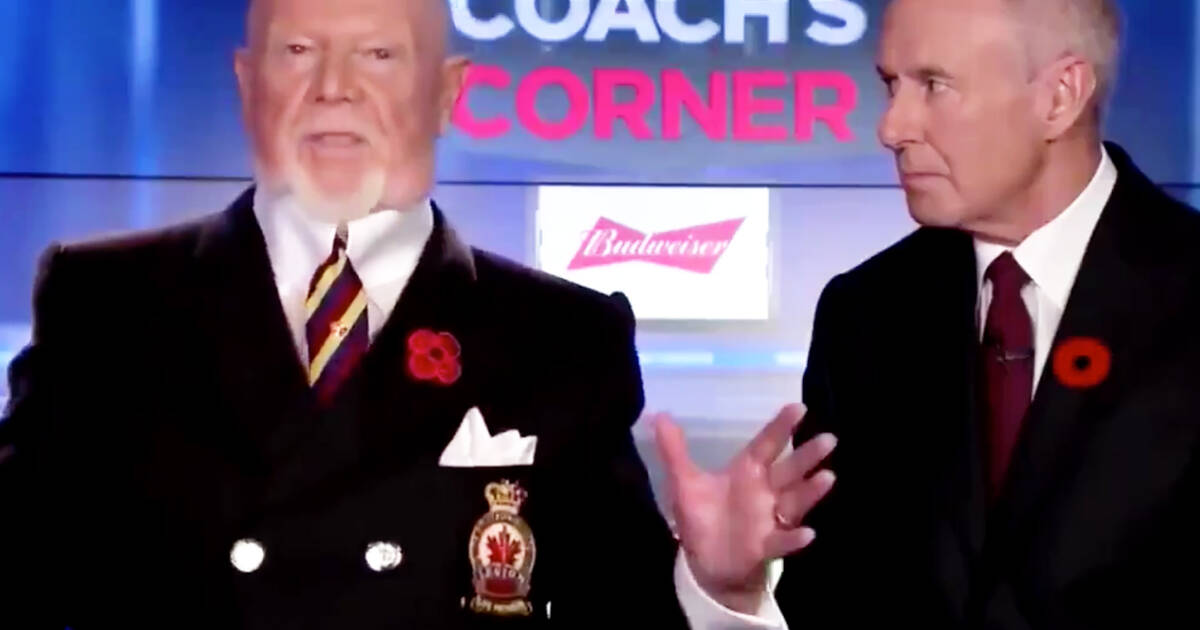 Veteran sportscaster and retired NHL coach Don Cherry has been fired as the longtime face of Hockey Night in Canada after making controversial remarks about immigrants and poppies (or an alleged lack thereof).

The Toronto Sun's Joe Warmington confirmed the news on Twitter Monday afternoon, writing that Cherry had officially been fired from the Rogers-owned broadcast network Sportsnet.

"Story soon," wrote Warmington shortly before 3 p.m. on Monday. "Including an interview with Don Cherry who is quite hurt they would do this on Remembrance Day of all days."

BREAKING- @CoachsCornerDC has been fired by @Sportsnet - story to come.

Cherry, 85, sparked a momentous wave of backlash on Saturday evening during his weekly Coach's Corner segment with comments that have been panned widely in the days since as disgusting, abhorrent, xenophobic, racist and downright un-Canadian.

"You people that come here, you love our way of life, you love our milk and honey, at least you can pay a couple of bucks for poppies or something like that," said Cherry during Saturday's Hockey Night in Canada broadcast.

"These guys paid for your way of life that you enjoy in Canada."

Sportsnet, the NHL and Coach's Corner co-host Ron MacLean apologized for the "offensive" and "discriminatory" comments on Cherry's behalf as Twitter exploded with criticism and hurt.

Cherry himself, however, told Warmington on Sunday that he had no plans of apologizing.

I suppose it's a moot point now. After more than 30 years of hosting what's been called "the most watched five minutes on Canadian TV," Cherry is out — and it's about time, say many hockey fans.

The most surprising part of Don cherry being fired is that it didn't happen earlier. #ByeFelicia #CanadaRemembers

"Following further discussions with Don Cherry after Saturday night's broadcast, it has been decided it is the right time for him to immediately step down," Sportsnet said in a statement around 3:10 p.m. on Remembrance Day.

"During the broadcast, he made divisive remarks to that do not represent our values or what we stand for," wrote the network.

"Don is synonymous with hockey and has played an integral role in growing the age over the past 40 years. we would like to thank don for his contributions to hockey and sports broadcasting in Canada."

by Lauren O'Neil via blogTO
Posted by Arun Augustin at 12:37 PM