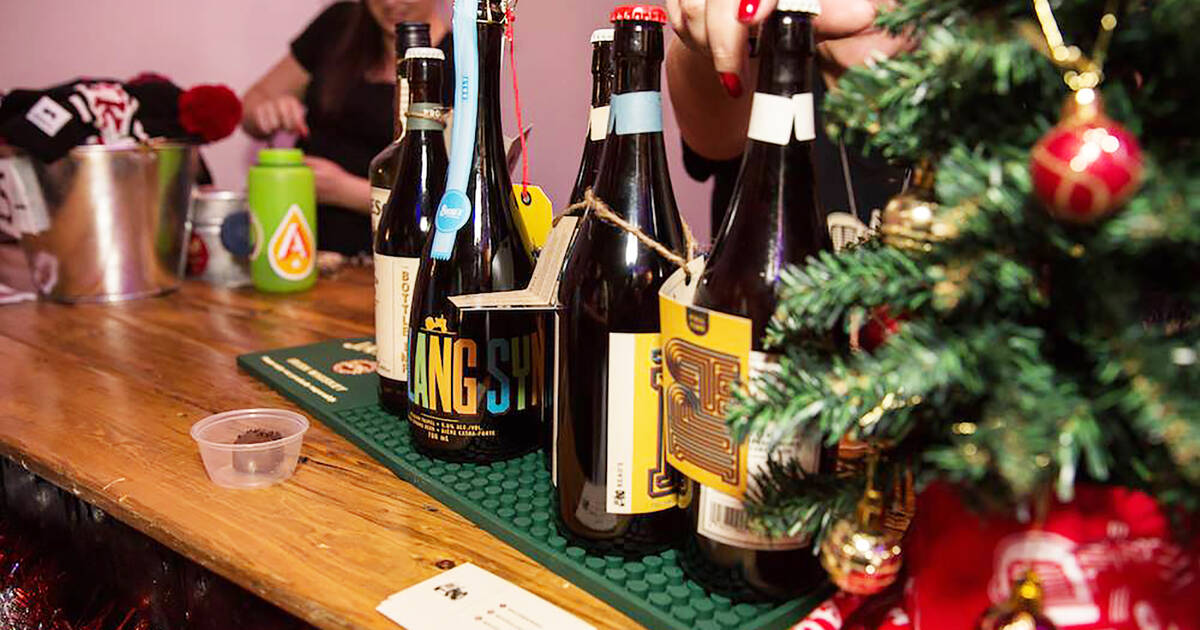 Cheers to the holidays with things to do in Toronto today including a very merry beer festival. If you're looking for new gear, Adidas is on sale for cheap. There's an exhibition that showcases the city's art scene and you can catch comedy, film, music and more.

Hoppy Holidays (December 3 @ Berkeley Church)
Break out your best Christmas sweaters for this annual celebration of all-things hops with lots of brews to try out, plus music bites and jolly good fun.
Jaden & Willow (December 3 @ Rebel)
Cosmic space kids and celeb sibling duo Jaden and Willow Smith are bringing their The Willow & Erys Tour.
Local Heroes (December 3 @ Gladstone Hotel)
New is this exhibition that shines a spotlight on some of the galleries and artists that contribute to Toronto's dynamic and ever-growing art scene.
The Condor and The Eagle (December 3 @ Innis Town Hall)
Sophie and Clement Guerra's new documentary takes a look at four Indigenous leaders as they embark on a trans-continental adventure.
Working Women Comedy (December 3 @ Gladstone Hotel)
Working Women is back with a very special stand-up show that features an all-trans and non-binary lineup of local comedians.
Say Sue Me (December 3 @ The Drake Hotel)
Rock out to the tunes by South Korea's indie babes that are inspired by the sea beside their beachside hometown of Busan.
Dinosaurs In A Mining Facility (December 3 @ Eyesore Cinema)
Made with almost no budge, this weird and silly film describes itself as a "Birdemic meets Carnasaur meets The Room all in one."
Lez Is More (December 3 @ Comedy Bar)
The ladies are back with a night of laughs from queer comedians bringing the laughs and a round of L-Word trivia.
Rowers Reading Series (December 3 @ Glad Day Bookshop (Church))
Local writers and poets are dropping by to chat about their works and perform live readings during this free reading.
Adidas Warehouse Sale (December 3-8 @ International Centre)
Huge savings on Adidas are on with up to 80 per cent off on a big selection of shoes, clothing, accessories and lots more.