Toronto is spending a lot of time commuting every day 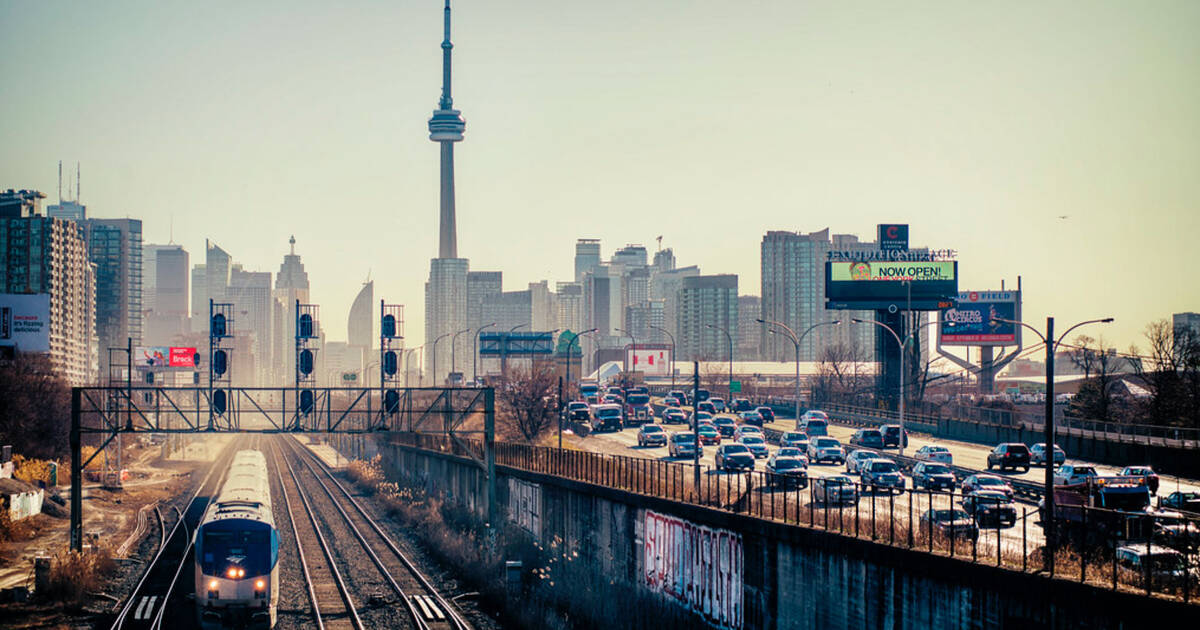 Statistics Canada released a new infographic today, illustrating what commuting is like in Toronto, as well as Montreal and Vancouver.

According to the 2016 census data, which was released earlier this year, Toronto had the highest proportion of commuters who spend 60 minutes or more travelling to work. 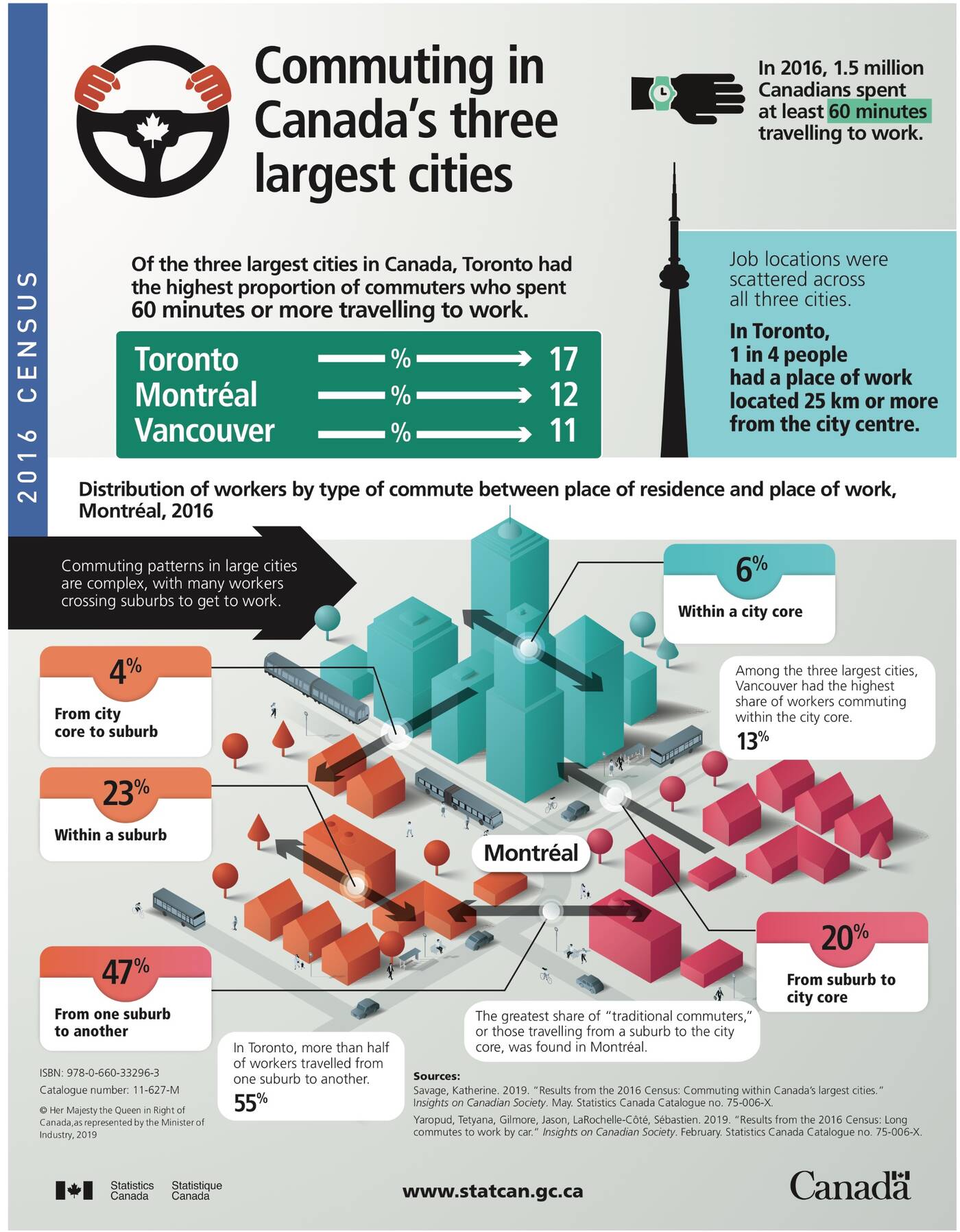 In Toronto, more than half of workers travelled from one suburb to another, while in Montreal most people are travelling from a suburb to the city core.

According to the data, one in four people in Toronto had a place of work located 25 km or more from the city centre.

grinding teeth i do love a good statistic. i can believe that.
due to min pop 15 yrs ago i found the town/city planning more of a necessity rather than a future thought.
you have failed your body if you travel over 30 mins door to door.
should be encouraged to work at home more

In 2016, 64 per cent of car commuters who worked in the Toronto census metropolitan area (CMA) and took at least 60 minutes to go to work also lived somewhere in Toronto.

However, other commuters came from other areas such as Oshawa, Hamilton, and Barrie.

Toronto also had a significant number of people coming from places such as Kitchener, Cambridge, Waterloo, St. Catharines–Niagara, and Guelph. Nearly one-half of people who lived in these areas and worked in Toronto were commuters with a long commuting time, who reported an average commuting time of at least 80 minutes.

by Olivia Levesque via blogTO
Posted by Arun Augustin at 1:10 PM