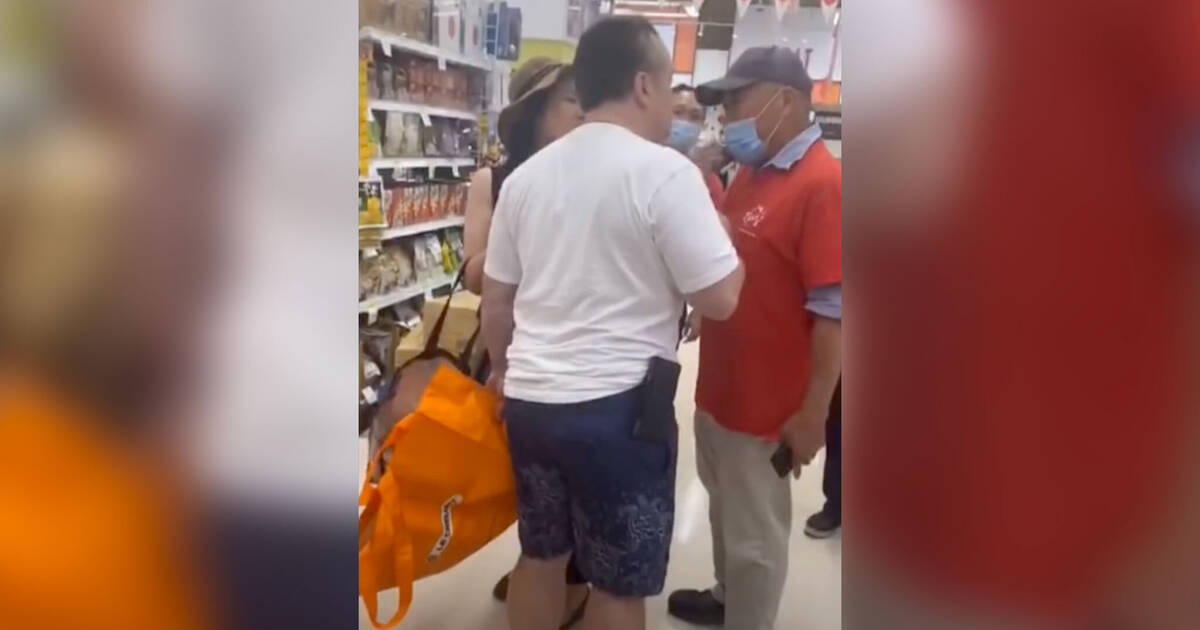 A video of a white man yelling racist slurs and COVID-19 conspiracy theories at employees of a T&T supermarket in Mississauga went viral this week, and now it seems police have identified the suspect involved in the incident.

According to 680 News, Peel Regional Police confirmed that they have identified the man but have not yet been able to locate him. They are urging him to seek legal representation and reach out to police.

Const. Akhil Mooken told 680 News the incident is currently under investigation, and he said police want to speak with the man before laying any potential charges.

The incident provoked outrage among Canadians across the country this week after a witness captured it on video and posted it to YouTube.

In the footage, the man can be heard spouting racist things like "Where did we get our Wuhan communist virus? From China. From you guys," as well as COVID-19 conspiracy theories such as ""When you wear the mask, you get sick, it's science" after being told about the store's mandatory mask policy.

At one point, he can be heard asking one employee where he's from, to which he responds "We are Canadian, I'm Canadian," while pleading with the customer to stop screaming.

In light of the horrifying video, one Good Samaritan was inspired to start a GoFundMe campaign to thank the essential workers for selflessly serving their community throughout the pandemic, and as way of acknowledging the brutal racism they experienced.

Prime Minister Justin Trudeau also weighed in on the incident this morning via Twitter, writing: "This is hard to watch. I'd like to echo what Mary said and thank the employees who took a stand against ignorance and hatred. We all have a responsibility to call out racism and discrimination — so call it out whenever and wherever you see it."