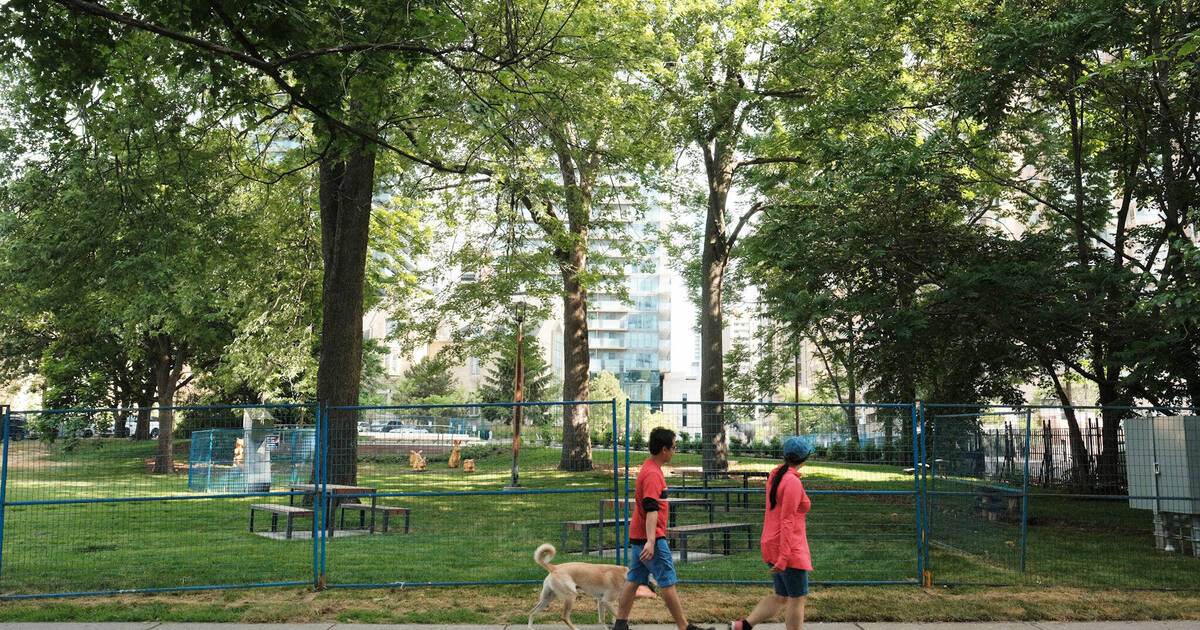 While it might seem like construction in this city is never-ending, projects do get done. Toronto's new Clover Hill Park, however, is one construction project that is finished yet no one is allowed in.

Construction of the park, located near Bay and Wellesley streets, has been completed for a few months now but the space is fenced in.

“It feels really silly that this is closed,” said one concerned resident who sent a letter to city councillors Mike Layton and Kristyn Wong-Tam expressing disappointment.

“In an area where there’s so many families and elderly folk, it’s sad that it hasn’t been open yet while we’re walking into record temperatures in the middle of a pandemic where there’s no daycares, no libraries and no splash pads open,” the resident told blogTO. 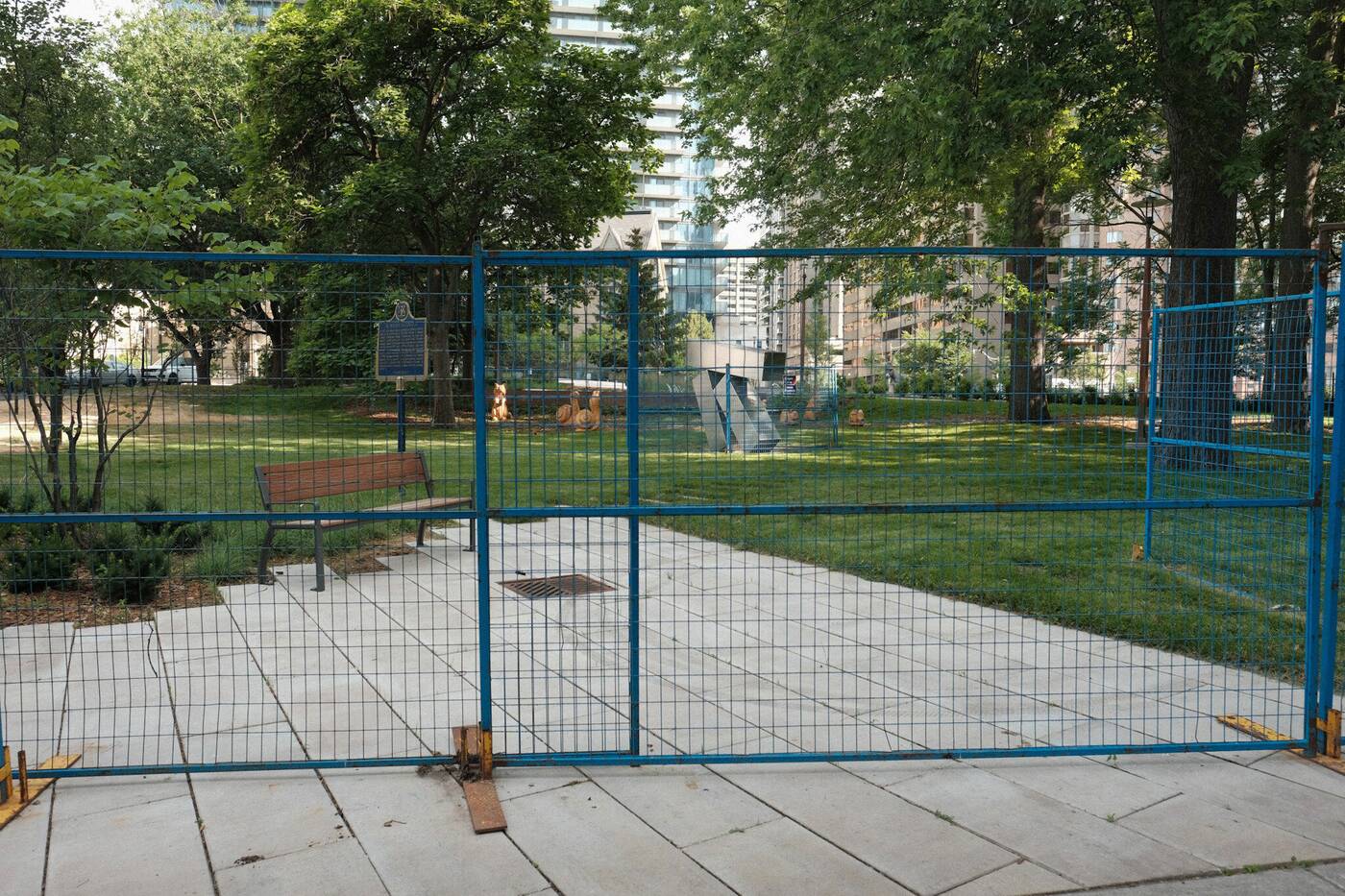 When reached for comment, both councillors cited issues with payment of the developers, Saddlebrook, which has prevented the city from opening the park.

“The developer needs to submit an invoice for the additional work and we have to go through the payment process that allows us to take ownership,” Layton said.

According to Layton, the city further requested developers to widen the Bay Street sidewalk and include some additional railings.

In 2018, the city agreed to pay Saddlebrook an extra $250,000 to complete the additional construction.

The building of the park was part of a master plan in 2006 for new condos in the area along with a green space for residents tied to the 50 St. Joseph Street parkette enlargement.

It wasn’t until 2017 that the construction of the park began. 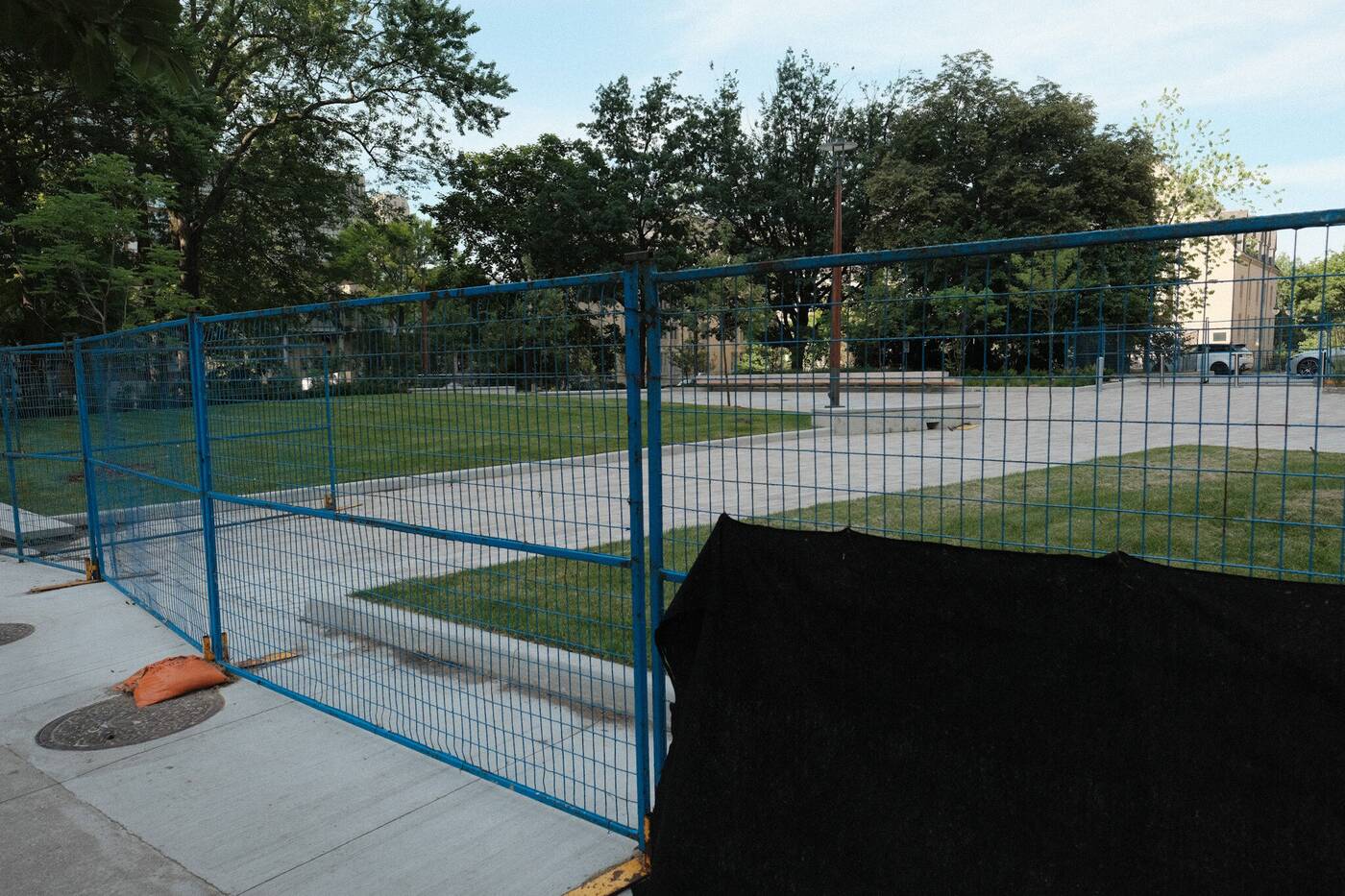 “The city doesn’t own the park yet,” said councillor Wong-Tam. “If we were to take down the fence now, we would be trespassing on private property.”

According to Wong-Tam, they are currently waiting for Saddlebrook developers to provide an invoice and supporting documentation for their costs.

They then can begin the process of completing a physical inspection to ensure the park is operational, provide payment and complete the legal formalities involved with the transfer of ownership to the city.

Layton also added that COVID-related matters have taken precedence in the past few months and he wants to ensure there are no park deficiencies and it is safe to open to the public.

Wong-Tam expects a site inspection to take place this week or the next. If everything goes according to plan, the park could be scheduled to open to the public in early August.

“Rome was not built a day. Once [the park] is conveyed, it will be in the hands of the city forever,” she said.

While the community waits, Wong-Tam welcomes suggestions on how to celebrate the park's grand opening.

“We don’t open new parks every day so when we open a new green space, it’s worth a celebration.”

by Kirti Vyas via blogTO
Posted by Arun Augustin at 7:48 PM