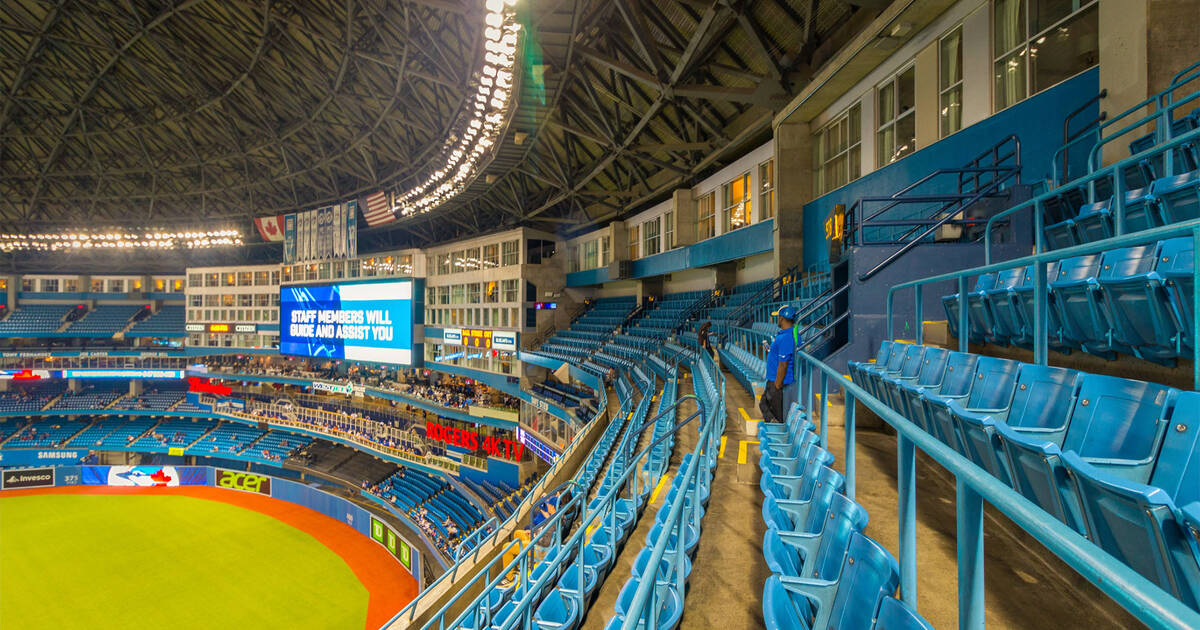 The Toronto Blue Jays finally arrived back home earlier this week from Florida, where they were conducting spring training (and where there is a terrifying amount of coronavirus going around).

Though some fans are excited about the news that the team will be back and practicing in the city, others are feeling apprehensive about allowing athletes in from COVID-19 hotspots.

The team has assured the public that players will be limited to the Rogers Centre and the attached Toronto Marriott City Centre Hotel for the Summer Camp — and it's now been revealed that they will face steep fines if they venture outside their bubble.

Adding to this: #BlueJays of course only have federal approval to hold camp in Toronto as of right now.
But the Quarantine Act, potential penalties wouldn’t change if they were granted an exemption to play regular season games here, travelling back and forth to the U.S.

News broke on Friday that if they're spotted outside the stadium footprint, Jays players could face jail time and a whopping $750,000 fine for flouting health and safety measures.

And, these penalties could extend into the regular season, which is set to start on July 23, if games take place in Toronto.

Given that the team will be interacting with players from other cities across the continent (and that the MLB isn't using the hub city model that the NHL is), players who leave the designated area could pose a risk to residents despite the fact that all of them are currently verified to be COVID-free, as per the two negative tests they had to receive before being allowed on the chartered plane to Toronto.

But a slew of professional athletes have been diagnosed with COVID-19 in recent weeks — including 71 MLB players in total — and that's with actual sports seasons having been suspended due to the virus since March.

Thirteen of the 71 baseball players who had the virus got it during spring training.

Canada isn’t fucken around. Maybe the US should follow this path.

Other precautions for players during training include isolation and physical distancing while in the bubble, twice-daily temperature checks and full COVID-19 testing every other day.

Jays infielder Travis Shaw has been the first player to publicly respond to the threat of a fine for leaving the centre, tweeting "We were told two weeks... not all summer... all summer is a bit much."

Former Jays player Marcus Stroman also chimed in, calling the threat of penalty "ridiculous" in a since-deleted tweet and joking that players are going to be "walking around in full disguises."

"I didn’t say it wasn’t necessary. I actually believe it’s the right thing to do. I’m just saying it doesn’t seem realistic. That’s all," he added later.

I didn’t say it wasn’t necessary. I actually believe it’s the right thing to do. I’m just saying it doesn’t seem realistic. That’s all. I want all my @BlueJays brothers happy and healthy always!

So far, 10 MLB players are among the professional athletes who have opted out of the season over COVID-19 fears.

The Jays are slated to kick off their 60-game schedule on July 24 in Tampa Bay.