Crothers Woods is a hidden gem in the heart of Toronto 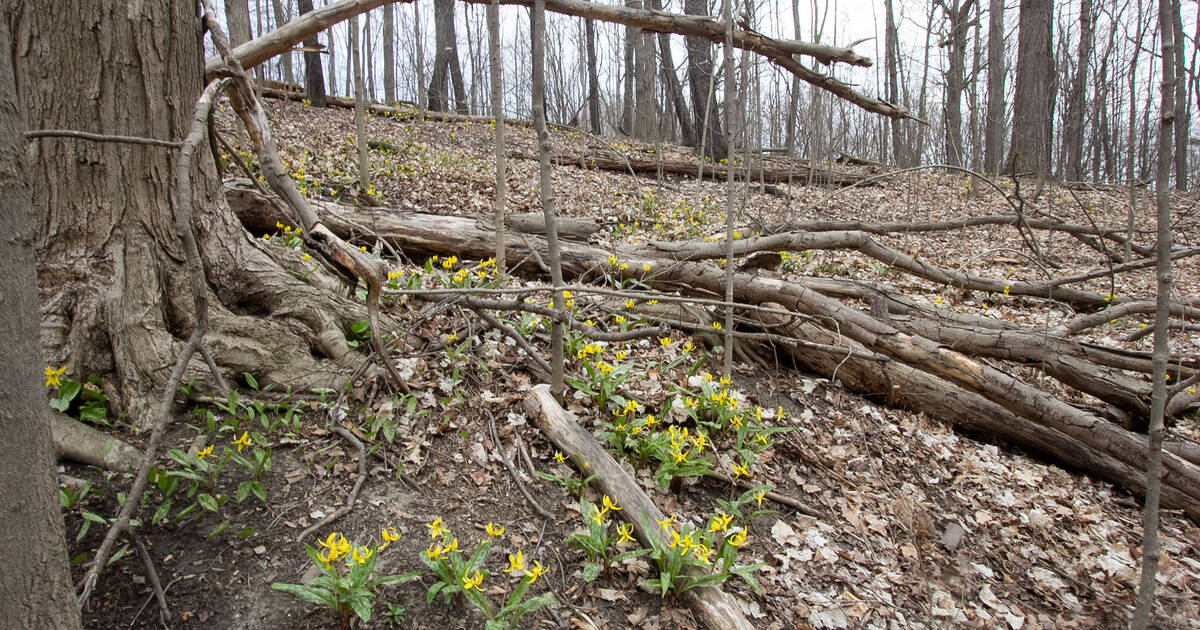 In an area that's inundated with traffic and construction, Crothers Woods is the ultimate getaway for urban dwellers looking for a breath of fresh O2 and a leg workout.

Straddling the Don River in Leaside, this 52-hectare piece of land is generally bordered by Pottery Road to the South and Millwood Bridge to the northeast. 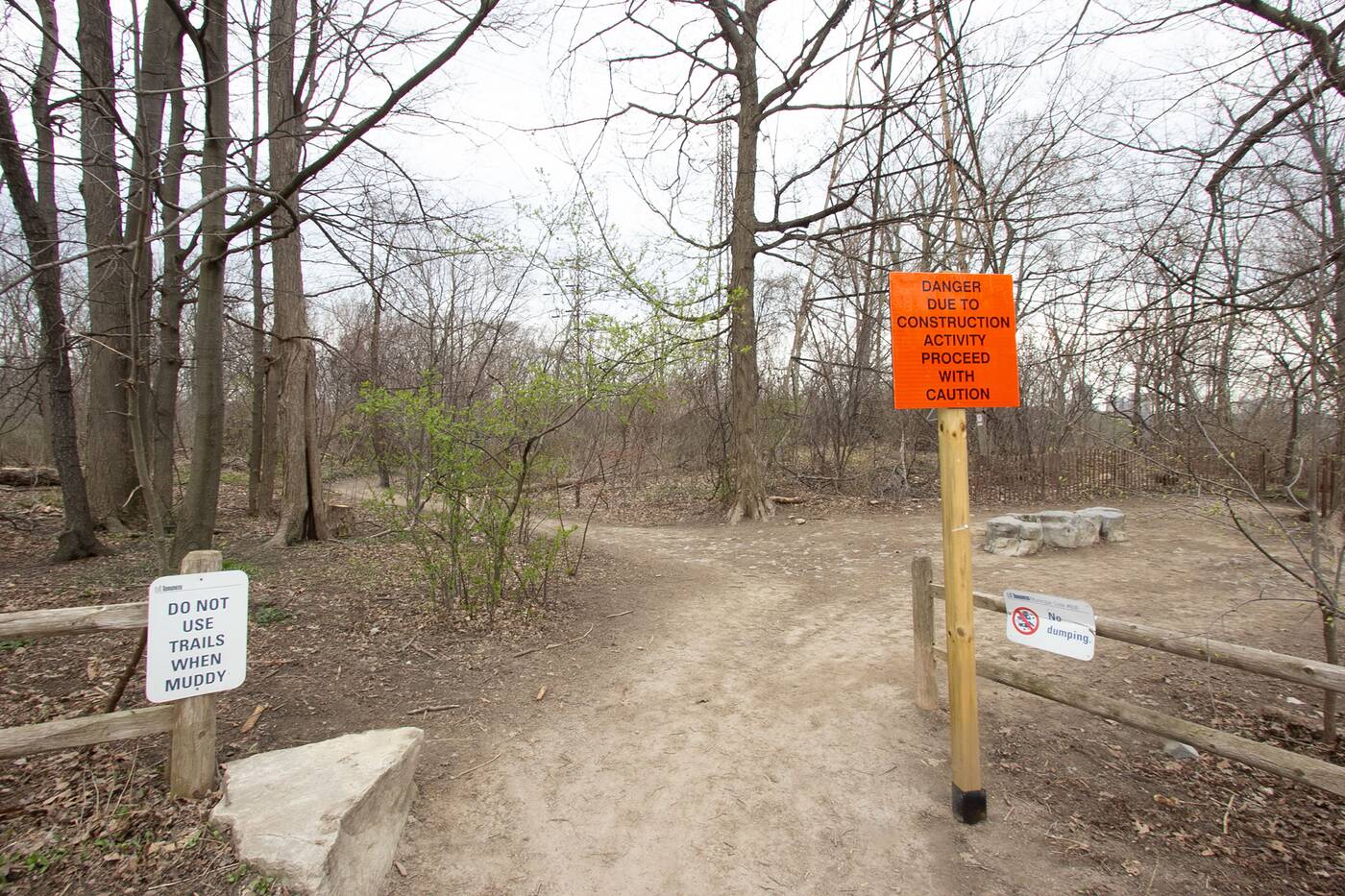 One of the northern entrances to Crothers Woods is located at the back of a spacious Loblaws parking lot.

Naturally, the woods look more lush and green in the summertime, affording far fewer views of the sky. However, the trail is open to the public all year round.

Coming from Eglinton and Bayview, you'll find the Thomas Hauser Memorial Trailhead, one of the trail's entrances. It's tucked away in the back of a very spacious Loblaws parking lot; a strange but apropos transition from city to the wild. 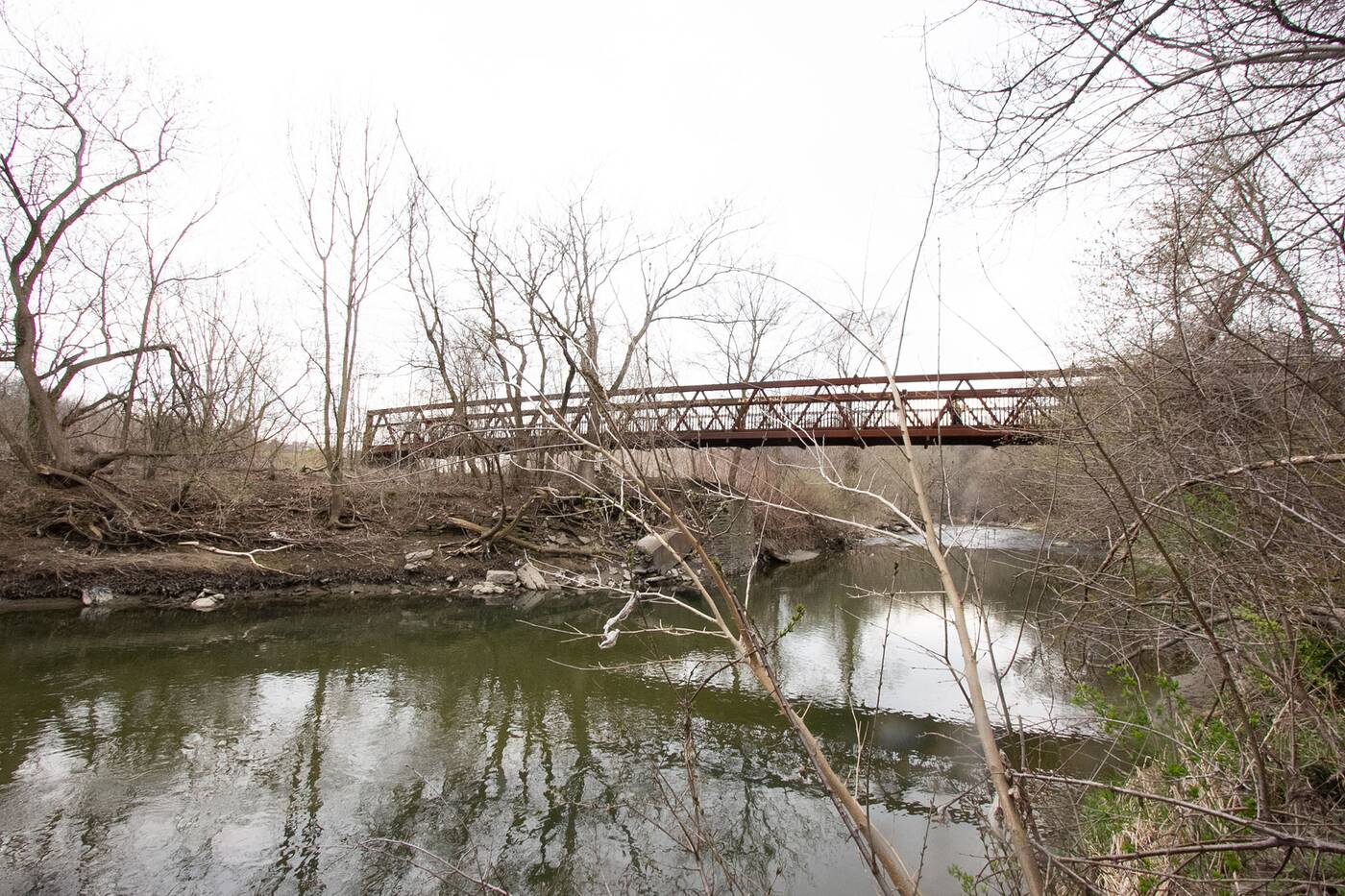 Designated an Environmentally Significant Area by conservation authorities, it is abundant with nature lovers and there's the occasional white-tailed deer. Just a over a decade go, however, Crothers was notably unkempt, hazardous even. 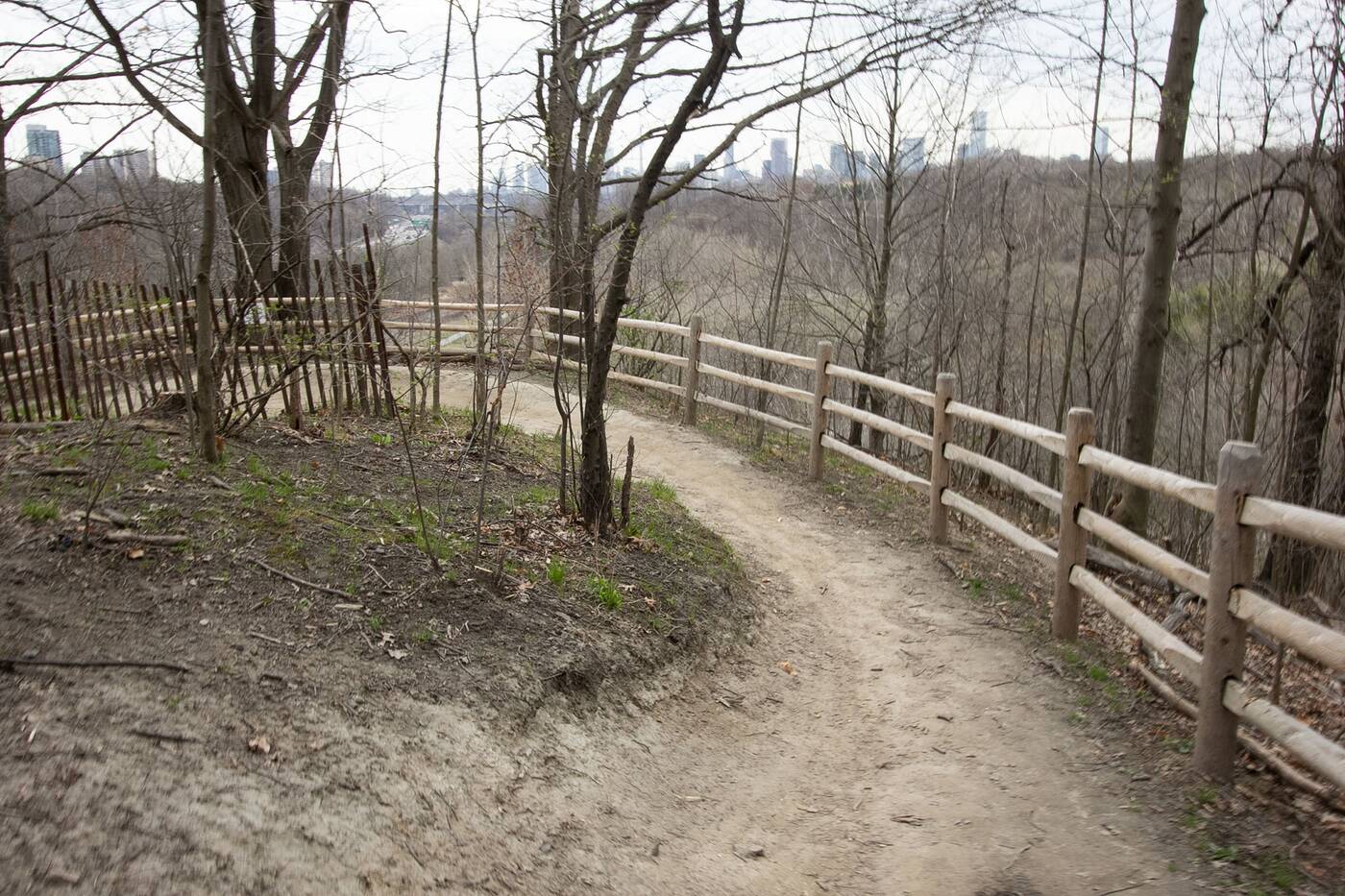 Fenced off areas and winding paths make the area ideal for mountan bikers.

Despite this, Crothers' deep gullies have attracted mountain bikers since the 80s and its winding trail continues to make it a prime place for biking. If you're walking this path, stay alert for the sound of wheels notifying you of a biker's arrival before they whiz past. 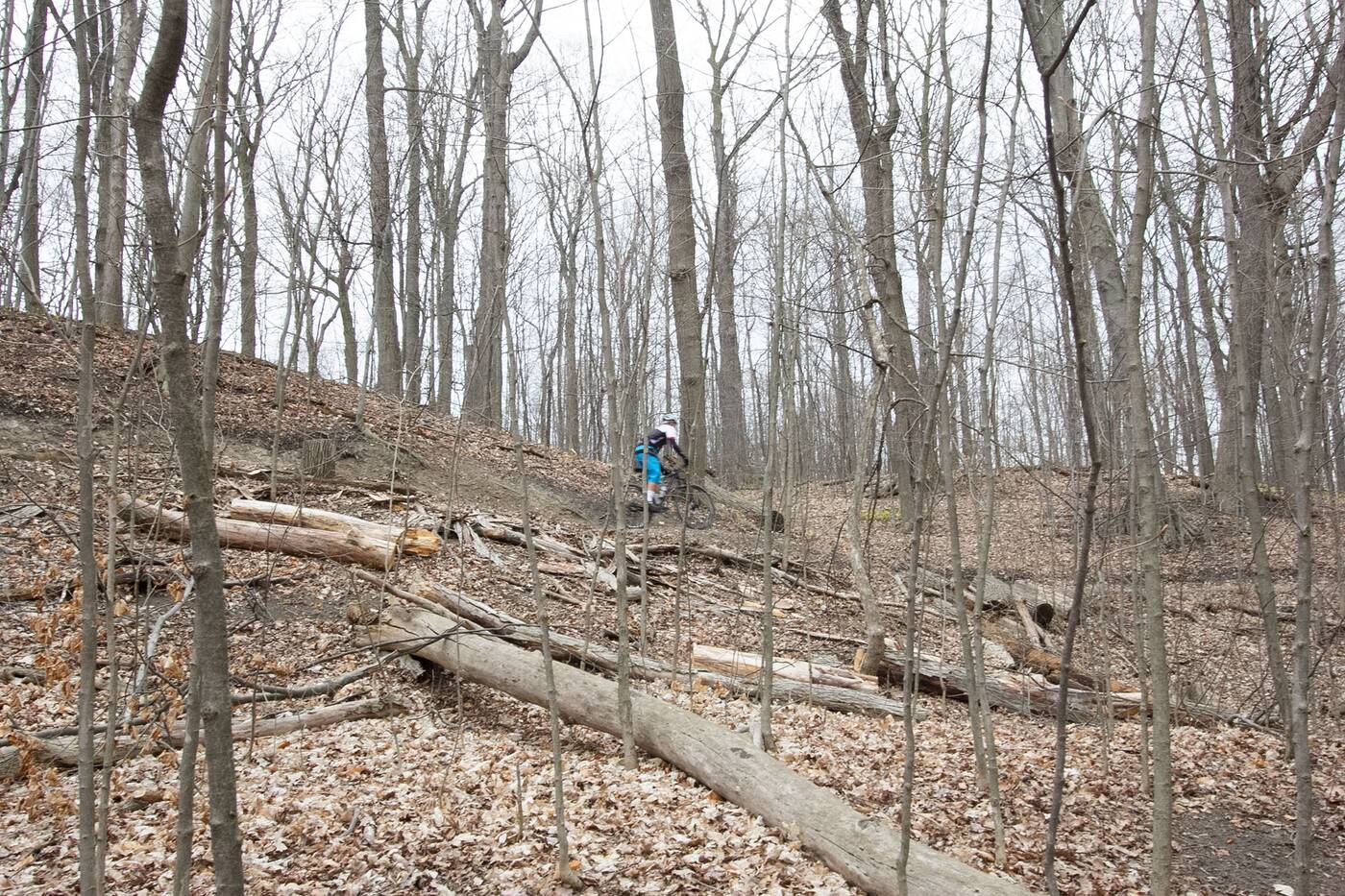 Walkers should keep an eye and ear out for incoming mountain bikers sharing the path.

It was in part due to the muscly legwork of these bikers that Crothers Woods is now far better maintained than it was pre-2005. The formation of cyclist groups, along with nature advocates and volunteers, have pushed the city to keep the trails from falling into disrepair.

The landfill is no more (shut down in the 80s) and has transformed into a meadow where city initiatives conduct their Don Valley tree canopy expansion strategies. 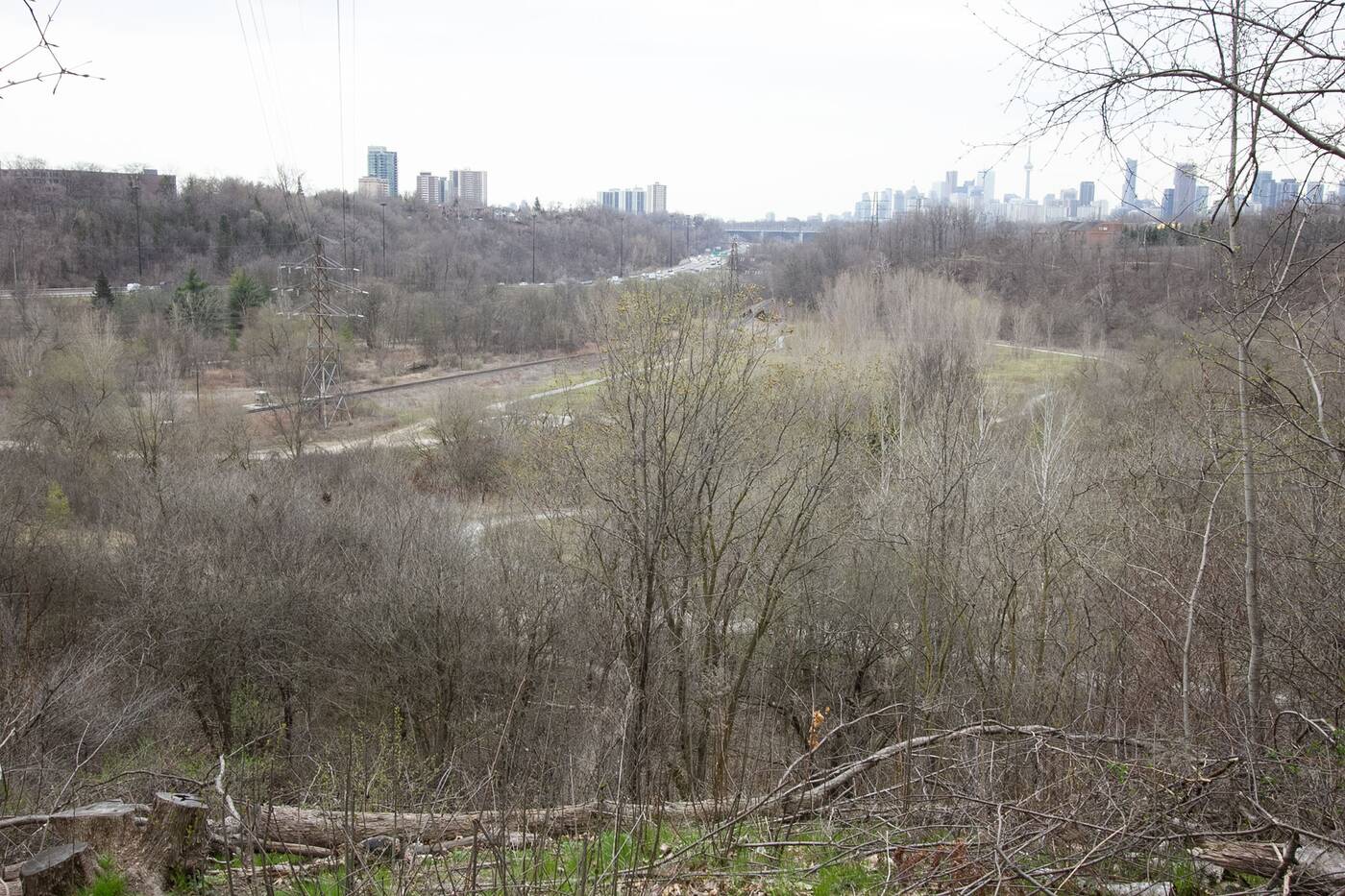 A clearing in the Crothers Woods loops gives an expansive view of downtown Toronto and the DVP.

The Crothers Woods loop is a popular route to take for beginner hikers, though it should be noted that anyone traveling with a canine friend has to keep their dog on a leash.

You can start the 2.4 kilometre trail from the Loblaws entrance, taking the descending and winding path down before hitting even ground. If you head further North on the trail you'll be greeted by a clearing in the trees that affords a pretty great view of the city skyline. 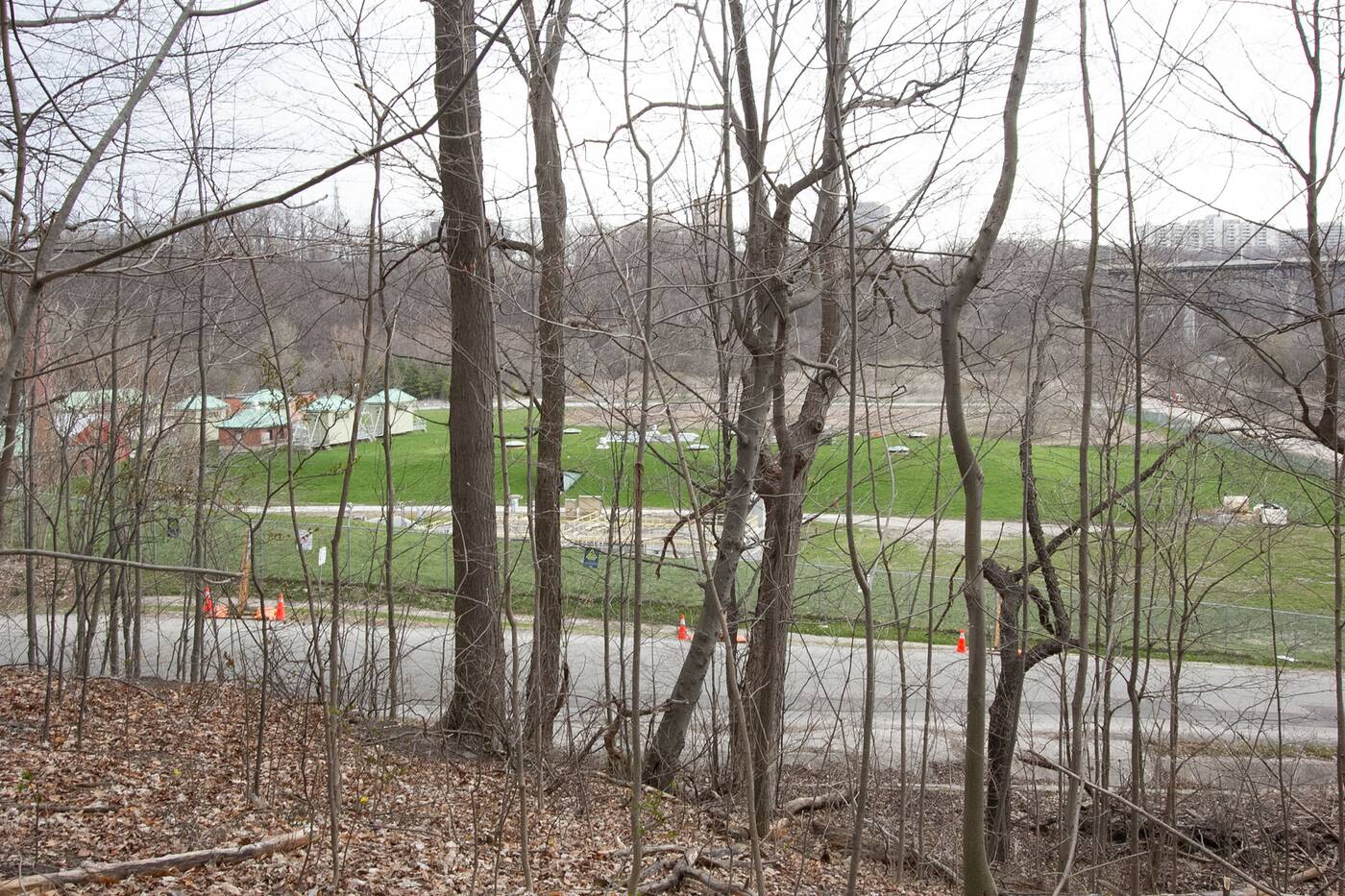 The North Toronto Sewage Treatment Plant across the road can be seen from the trail.

A less sightly view further down is of the North Toronto Sewage Treatment Plant, which from afar looks eerily similar to the set of Teletubbies with its large green space and glassy panels. 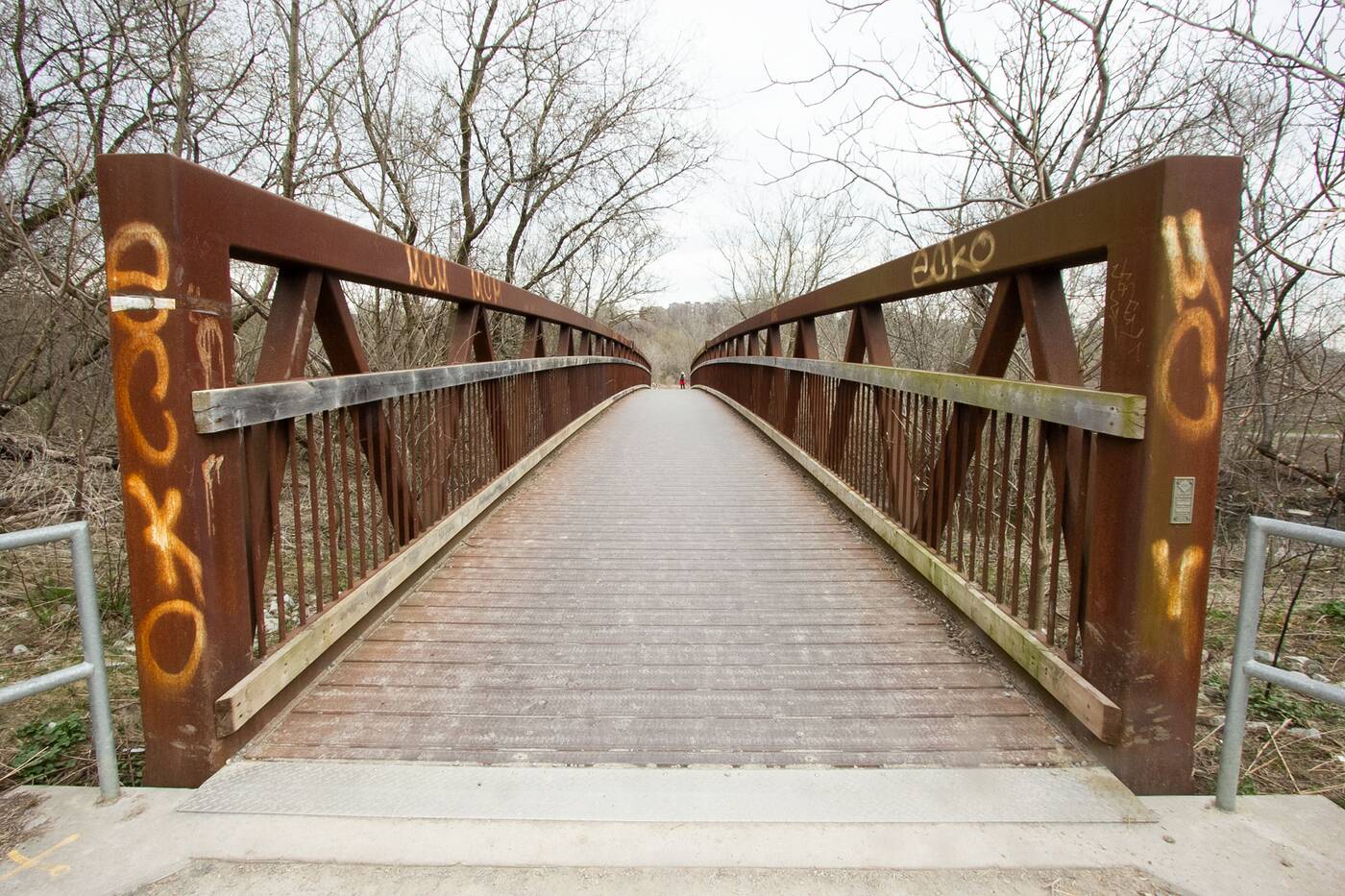 A bridge connects the trail to the Lower Don Parklands area.

Walking along the elevated pathway by the Lower Don River you'll eventually get to a bridge, where you'll have a different view of the woods as you walk across.

And as you walk further you'll hit an abandoned CN Rail Bridge, which runs parallel to an abandoned Canadian Pacific Railway corridor. 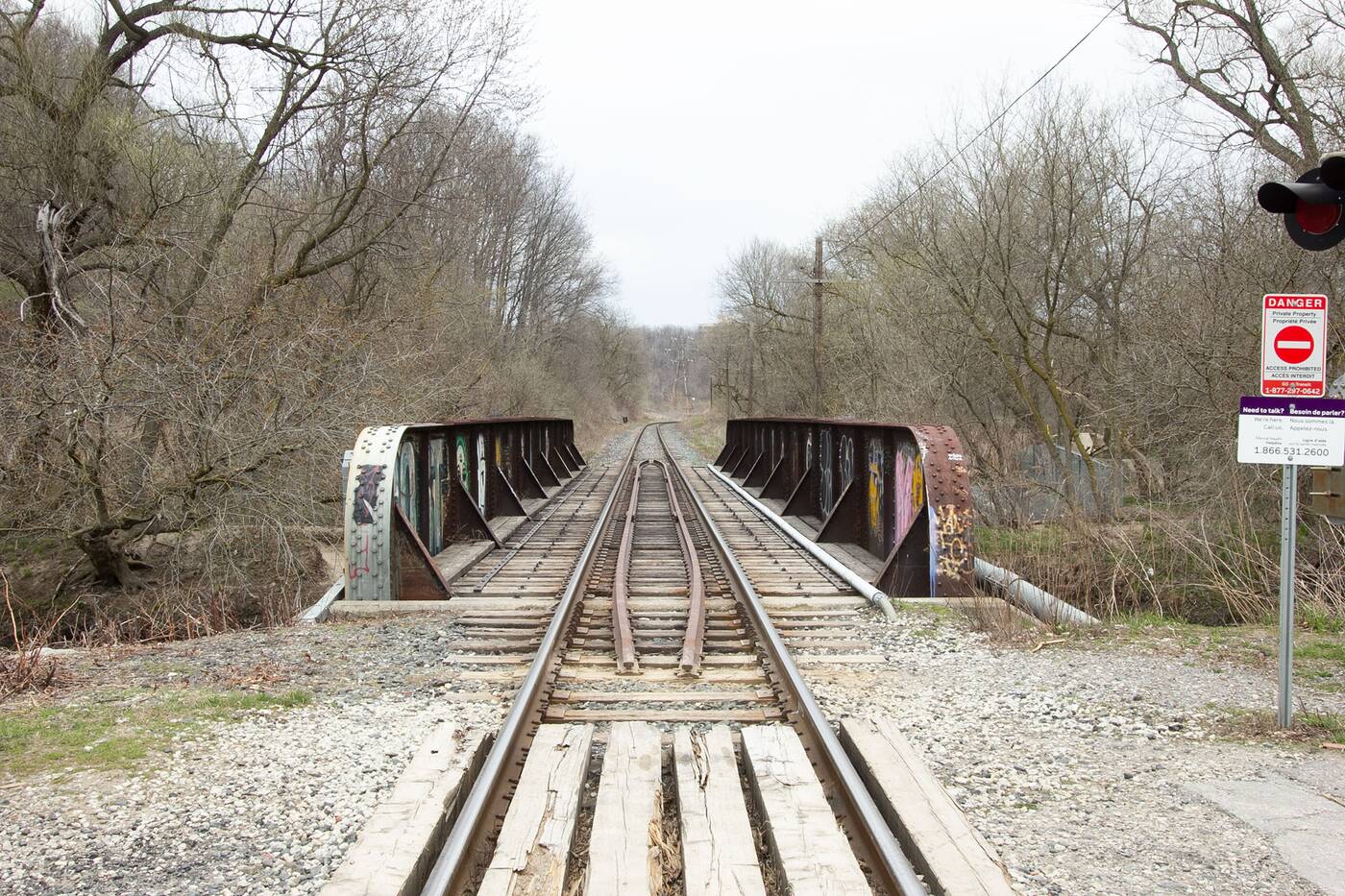 The CN Rail Bridge corridor is usually monitored by city staff to ensure the path is clear for incoming trains.

There's ample walking and cycling to be done at Crothers—nearly all of the trails are tight and winding—making it one of the best places to take a break from the city and take in the incredible scenery that this landscape has to offer. 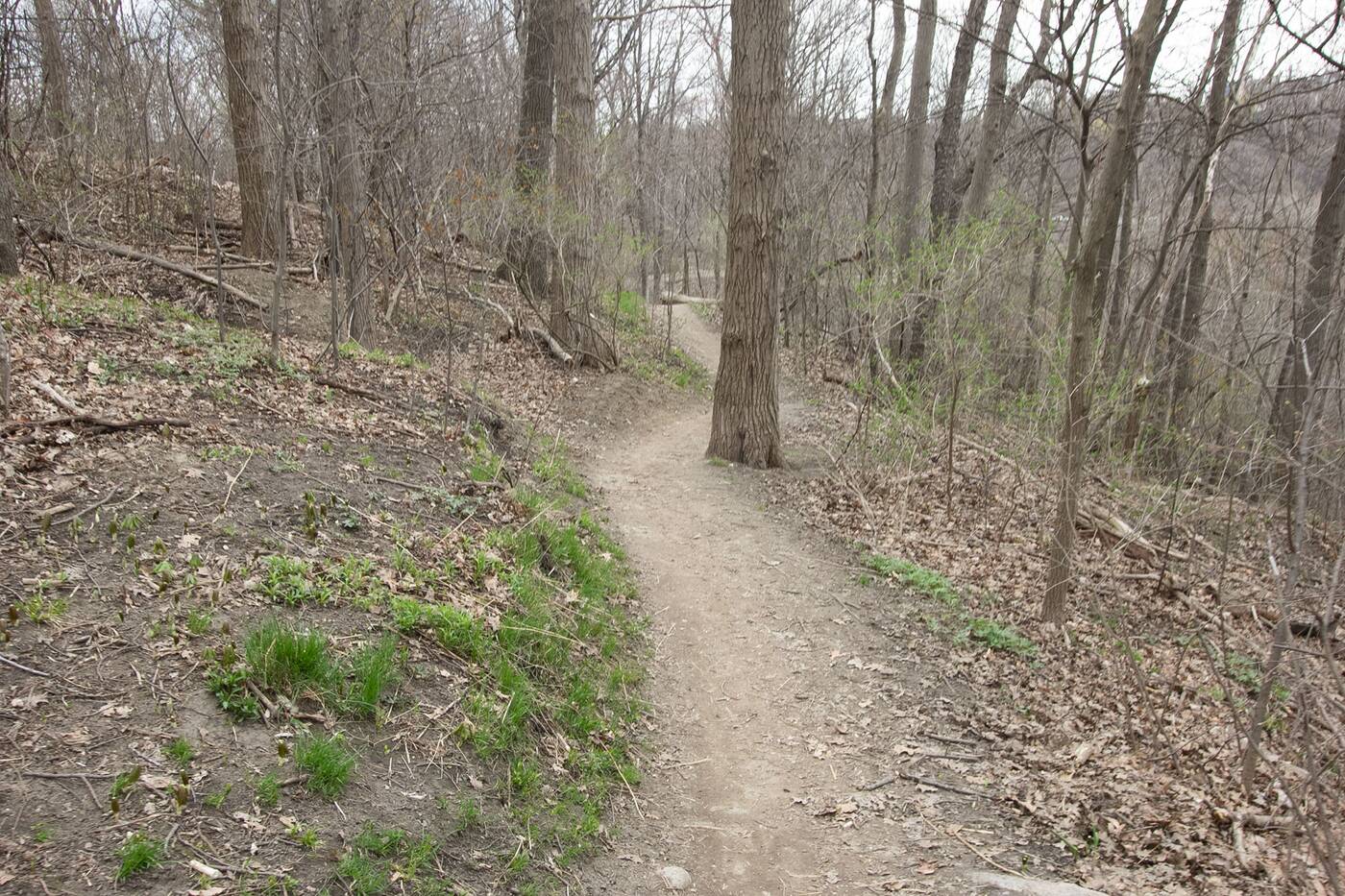