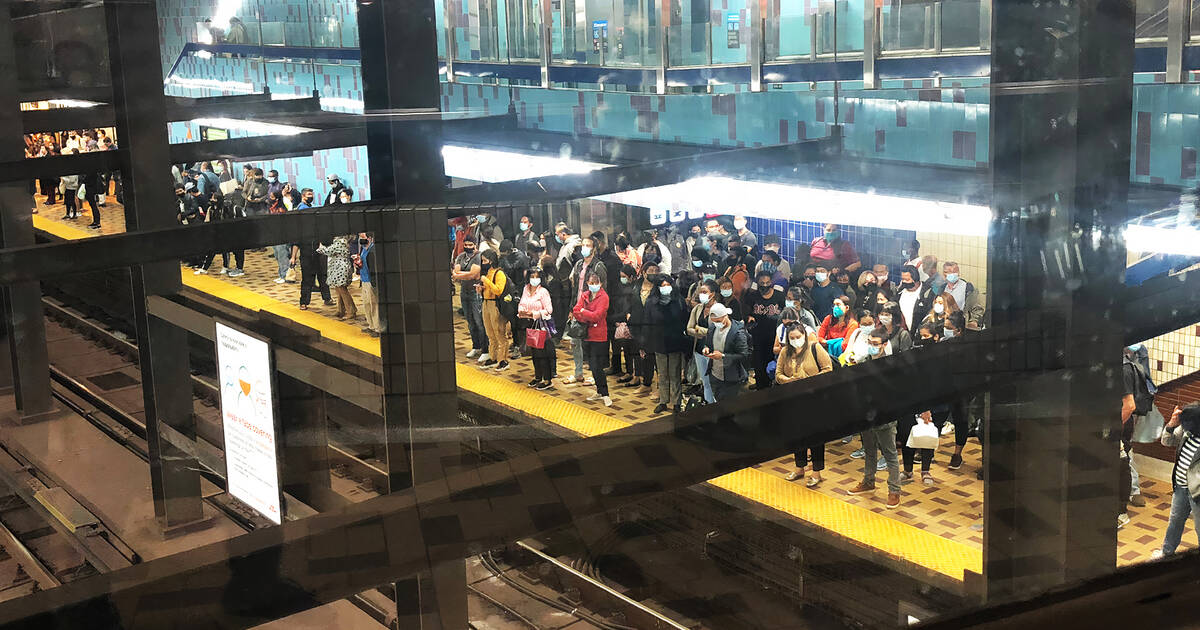 As the TTC faces the prospect of even further service cuts to assuage the tens of millions in losses it incurred during the health crisis, transit-goers continue to call for the complete opposite, citing overpacked vehicles and subway platforms that make sufficient physical distancing nearly impossible.

Though the commission has several new measures in place —such as passenger limits and mandatory face masks for riders — residents still have health concerns because of the serious overcrowding they've encountered while waiting for or riding transit in the city.

@TTChelps cam we have more bus service along finch bet 5-6 am. Like 336 bus is always full and sometimes dont pick up commuters. People do need to get to work on time.

Photos of commuters packed into busses like sardines have been popping up on social media for months now, but it appears that not much has been done aside from monitoring certain busier routes — namely, full pre-pandemic service has yet to be restored despite TTC staff calling for it to be.

“Toronto needs more TTC vehicles on the road to keep up with demand while providing as much physical distancing as possible."

Right? Yet @JohnTory doesn’t respond to a single tweet addressing our concern or why the ttc is being permitted to allow both no masks and overcrowding. Can’t see the @cityoftoronto won’t be responsible when the second wave hits and more people die.

The transit agency has said it will consider ramping up scheduling when ridership reaches half of what it was pre-COVID, but people still seem wary of taking transit (or no longer need to now that they're working from home) and these numbers are still not rebounding: ridership was down 75 per cent from typical levels in June, the most recent month of such data from StatsCan.

The TTC, as a result, has been running at around 85 per cent of its usual capacity, and 450 workers remained laid off.

When are the Express routes going back in service? That would help with the overcrowding on buses which is not keeping anyone protected right now!!

It did receive $400 million in much-needed emergency funding from the province in August, but that means it is subject to some guidance from Premier Doug Ford and his team for things like substituting micro-transit for lesser-used routes.