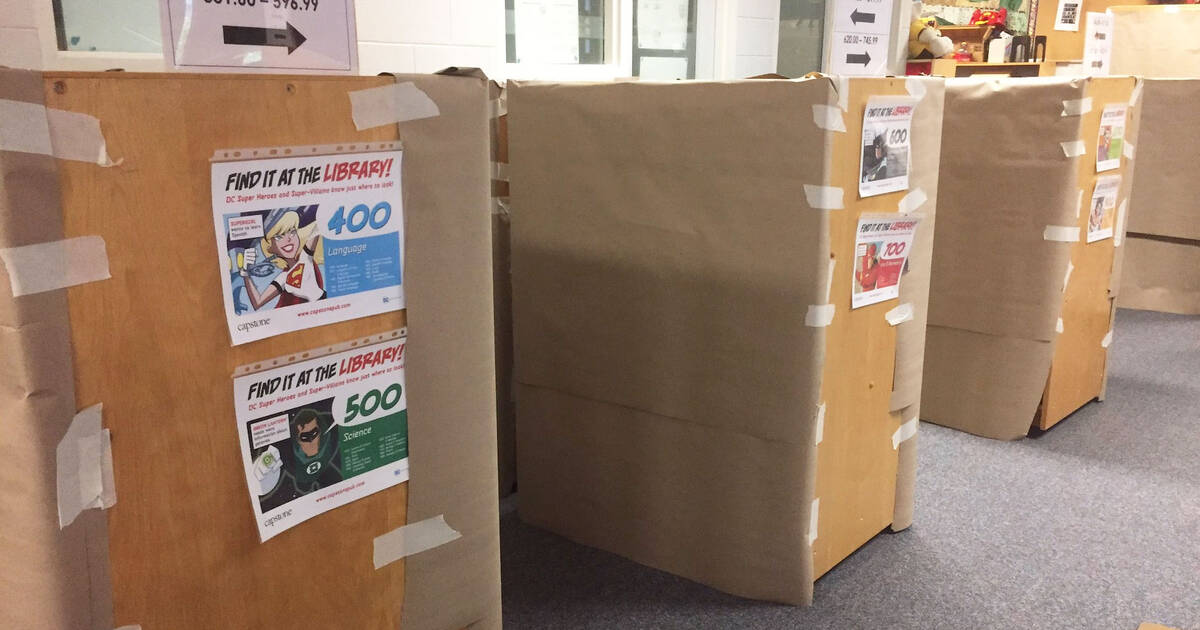 Elementary students might be going back to school on Sept. 15, if all goes as planned — but when they do, they'll be returning to bookshelves covered in curtains or turned against the wall.

The pandemic has forced the Toronto District School Board to make some major changes for the new school year, but one, in particular, is being described by staff as "devastating" for school kids: the elimination of teacher-librarian roles across the board.

Teacher-librarians, or TLs —  the staff who helm school libraries, create programming, and provide support to other educators — are being repurposed in Toronto elementary schools to support smaller class sizes and virtual schools.

Today was one of the hardest days of my 20+ year career as a Teacher-Librarian. It seems almost surreal that instead of preparing the library to welcome students to new books and old favourites (with health and safety protocols in place), I was doing this.💔💔 pic.twitter.com/j5vgfj5EDp

Due to health risks, the TDSB has also declared library books off-limits, with spaces being repurposed as classrooms.

But teacher-librarians, who are being deployed to other roles, along with the Ontario Library Association (OLA) and the Ontario School Libraries Association (OSLA), are calling the TDSB's decision to get rid of TLs is a big mistake.

"A lot of people have this idea that a library is just a place for children to take books out," says Daniela Lombardo, a TL who has been transitioned to teaching cohorts for an elementary school in midtown Toronto.

"It's the heart of the community," she says. "It's referred to as a learning common. It's a place for 21st century learning, for literacy, for collaboration, for critical thinking."

Lombardo, who has been a teacher-librarian for three years out of her 13-year teaching career, says that her role is a multifaceted one, going above and beyond shushing students or teaching kids the Dewey Decimal system.

NO ELEMENTARY SCHOOL LIBRARIES. This is such a loss for elementary students and communities on a whole. Literacy. Imagination. Creative Thinking. Problem Solving.#TDSB has worked so hard to get ready for Sept but they needed su$$ort @fordnation. They didn't get it. #education https://t.co/06mwTGJ8in

The OLA and OSLA have stated that they are "deeply concerned" about the elimination of TLs, which they say will have "dramatic impacts" on the quality of learning for elementary students.

"While we understand that access to virtual library resources may still be available, without the support of teacher-librarians, it will be extremely difficult for teachers and students to navigate and use these resources effectively," they said.

It's important to note that 2020 has been a tumultuous one for everyone, and in ways that are difficult to navigate for adults, let alone young children. Conversations around a global pandemic, coupled with racial violence and equity should be prioritized now more than ever, say TLs.

"The mental health of students, equity issues, the summer of protests, police brutality: the TLs can springboard those conversations within classrooms," says Rabia Kokhar, a long-term teacher with the TDSB and TL.

"There’s so much stress, those equity conversations can’t just be put on the back burner. They’re a part of students' lived experiences."

Kokhar, along with other TLs who've been repurposed to support classes, say the problem is that teacher-librarians just aren't valued enough, despite the essential role they play in the elementary school ecosystem.

She says that the move is a "missed chance" for the TDSB to innovate and be creative about how the role could be utilized.

"By eliminating the role, it’s almost taking the easy way out. There's a stereotype that the TL's don't impact the school community that much. It's easily disposable," she says. "The TDSB is very big on being innovative and being creative… I really think this could have been a challenge that was taken on."

The TDSB says that, while teacher-librarians play "an important role" in schools, the safety of staff and students is the "first priority."

In 2015, the Toronto Catholic District School Board looked to cut 45 full-time teacher-librarians to combat at $17 million budgeting shortfall.

Just last year, Ontario Premier Doug Ford made a massive funding cut to the TDSB, which saw at least 296 full-time positions — including librarians' roles — eliminated from the board completely.

But even as they reallocate to teaching cohorts, many teacher-librarians say they'll still try their best to support students and other educators in a way only TLs can, like emotionally supporting students, or running workshops on Google Classroom for teachers.

The devastating reality of school libraries in the #TDSB. https://t.co/0mTsu50EB1

"This is my community. These are my friends," says Mona Cheema, a TL who teaches media literacy and STEM. "If they ask me a question, how am I going to say no?  I think it’s going to be hard to turn that off for us."

"The library is a calm zone for the students. It really is the hub of a school," she says. "It's just really sad."