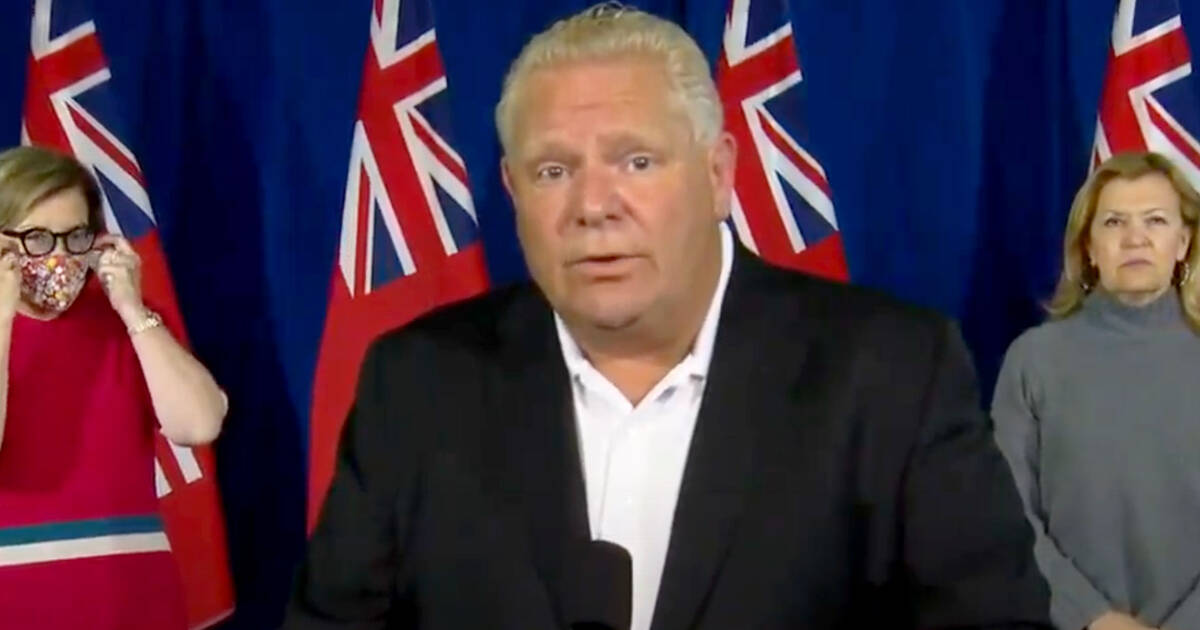 Ontario has new social gathering limits after cases of COVID-19 topped 400 in Ontario for a second consecutive day.

Public health officials are reporting 407 new cases of the deadly virus today — the highest number of new infections since June 2, and six higher than the previous day.

Of the 407 cases reported through Ontario's integrated Public Health Information System on Sept. 18, Toronto accounted for 129. Peel and Ottawa confirmed 94 and 55 cases respectively over the same time period.

More than two thirds of cases reported by the province on Saturday (71 per cent) were in people under the age of 40.

Individuals between 20 and 39 now make up majority of all COVID-19 cases diagnosed in Ontario since the pandemic first hit.

Public health officials continue to sound the alarm about the rise in cases of COVID among younger Ontarians, blaming the spike in part on large gatherings and the widespread flouting of social distancing rules in some circles.

As a result, Premier Doug Ford announced on Saturday that gathering limits would be rolled back throughout the province.

The new limits on the number of people allowed to attend an unmonitored private social gathering is:

The new limits are effective immediately but do not apply to events or gatherings held in staffed businesses and facilities, such as bars, restaurants, cinemas, convention centres, banquet halls, gyms, places of worship, recreational sporting or performing art events.

Those violating these new rules are subject to a $10,000 fine.

"We are taking further action to slow the spread and limit new cases of COVID-19 by reducing the size of private social gatherings across Ontario. This action is based on the increasing case counts that we are seeing," said Minister Elliott.

"As we continue to closely monitor the spread of this virus, we will never hesitate to take further action to protect the health and well-being of all Ontarians."