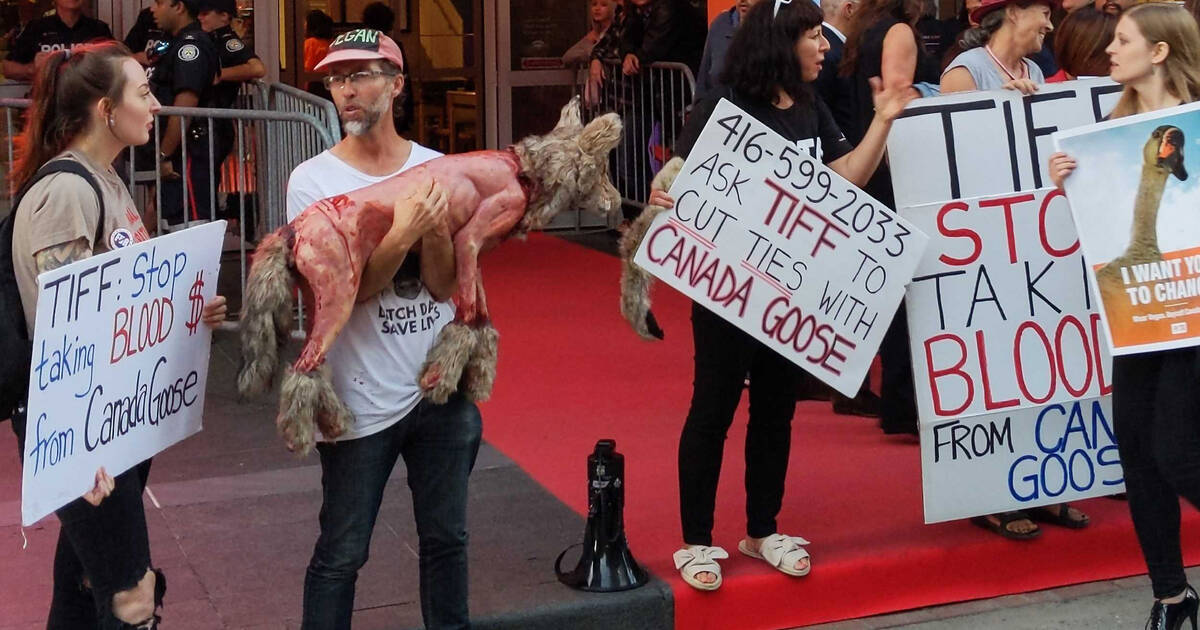 TIFF's opening day is today, but as expected, it won't go as swimmingly as previous years.

First of all, the global pandemic has forced the international film festival to drastically change how it's screening movies for the 2020 run.

To top it off, Thursday night's affairs will see a disruption in the form of PETA activists, armed with signs and a mobile billboard, to protest TIFF's partnership with Canada Goose.

The global animal rights organization known for its gnarly boycotting campaigns has announced that it's showing up at TIFF for opening day to send a message to the film festival and the Canadian fashion line, which uses geese and coyote fur for their jackets.

Instead of the usual stargazers, members of PETA will be dotting the areas outside TIFF Bell Lightbox in the afternoon (where Gaza mon Amour, Night of the Kings and Enemies of the State will be screening), followed by Ontario Place in the evening. 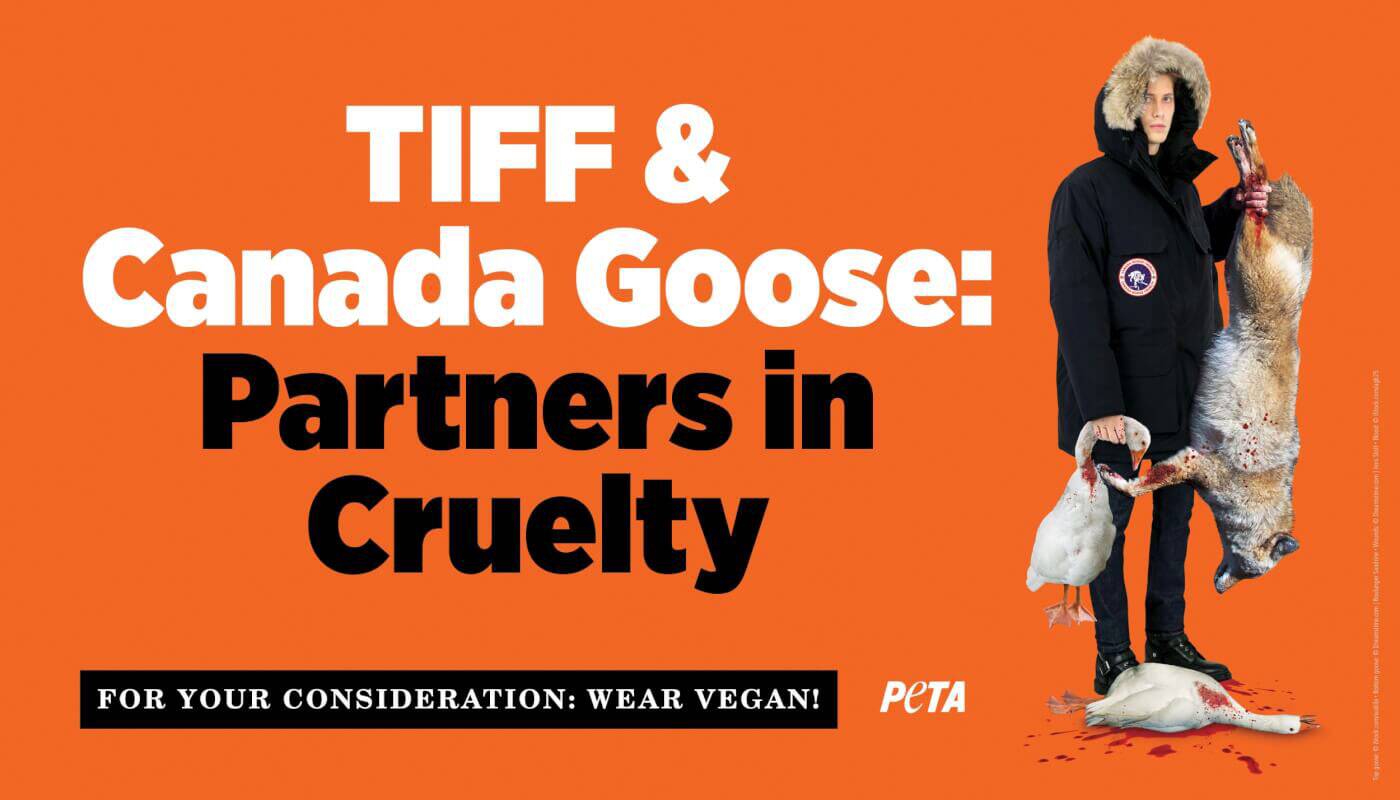 One of the billboards PETA will have at TIFF this year.

They'll have posters with a spoof of the Canada Goose logo and images that reflect "the company's support of cruelty to geese and coyotes."

"No film festival should welcome a sponsor whose name is synonymous with cruelty," said PETA executive vice president, Tracy Reiman.

"PETA is urging TIFF to cut ties with Canada Goose until the company agrees to stop supporting the torment and death of geese and coyotes for its coats." 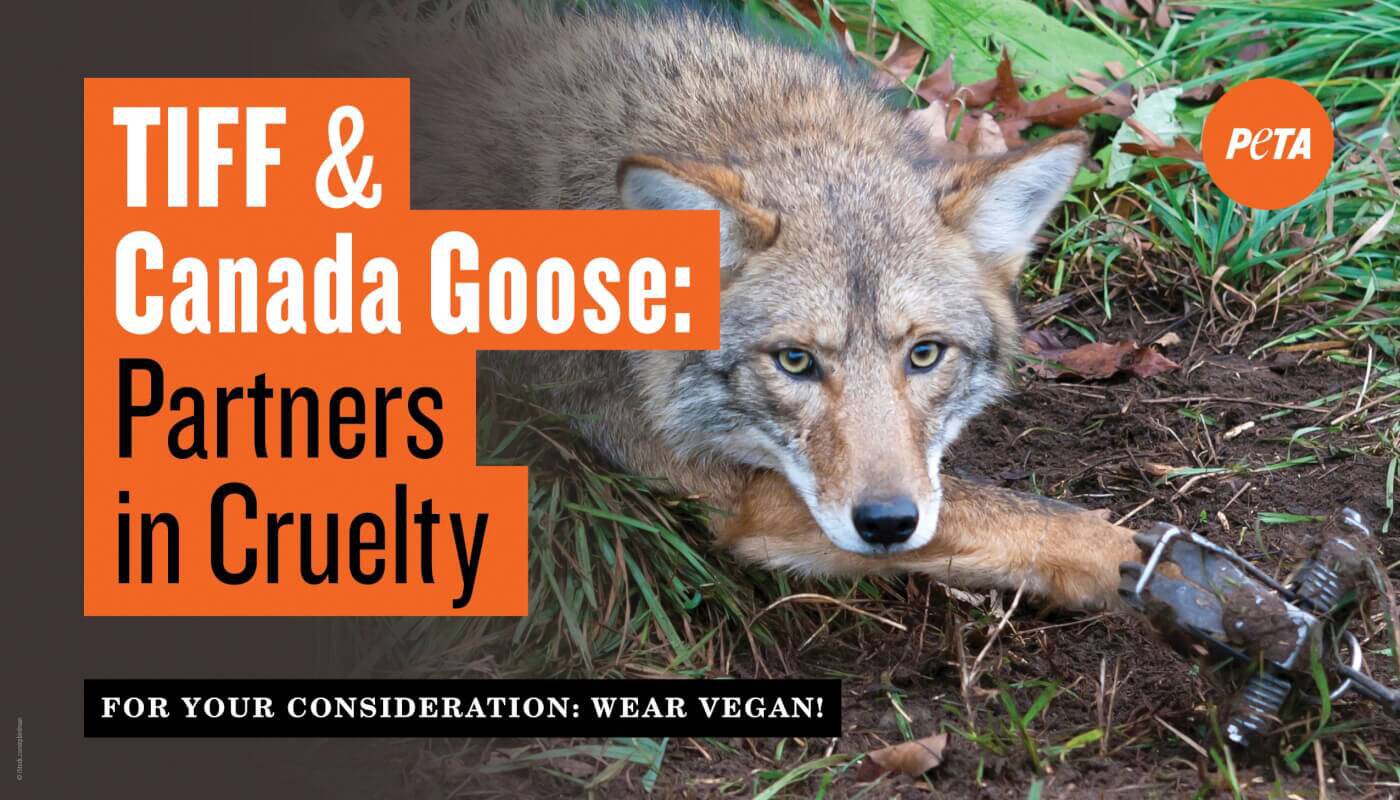 Another of the billboards PETA will have at TIFF this year.

The animal rights organization will also be operating a mobile billboard, which will circle Lightbox, Ontario Place, and other outdoor festival venues like CityView, where Spike Lee's concert documentary American Utopia will be showing at 8 p.m.

This isn't the first time PETA has interrupted TIFF's opening night: last year saw the same stunt outside of TIFF Bell Lightbox for their 2019 partnership with Canada Goose, which saw signs and a fake, bloody coyote.