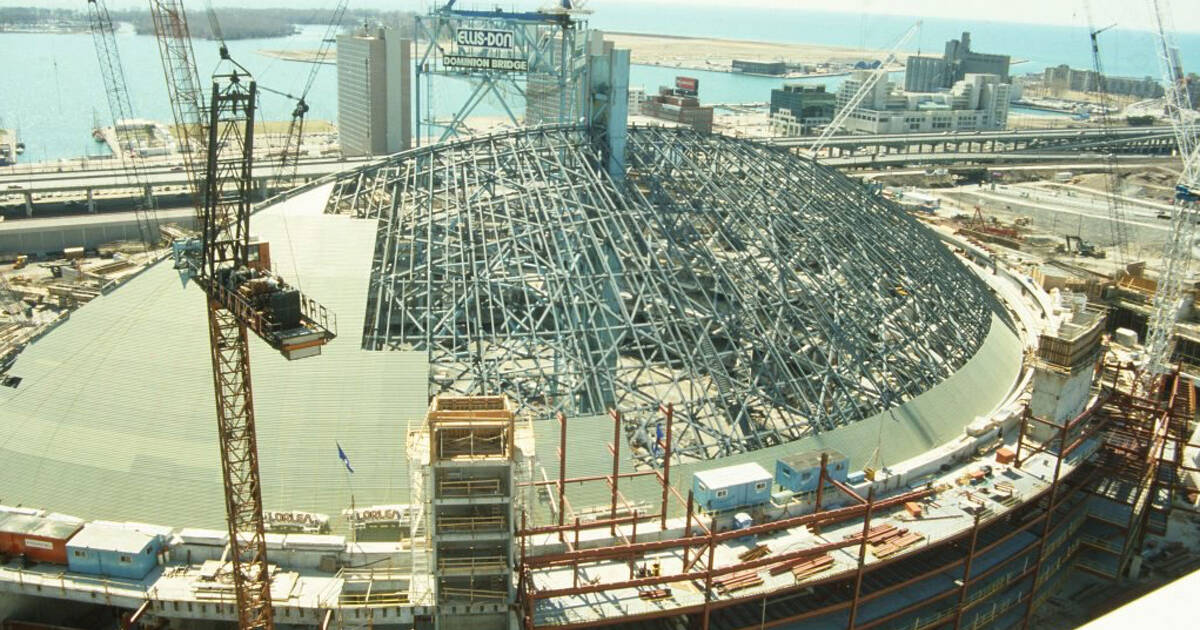 The SkyDome is a central figure on the city's skyline and its most identifiable object when photographed from space. It officially opened back on June 3 1989.

Here's a photographic look back at its construction and opening. 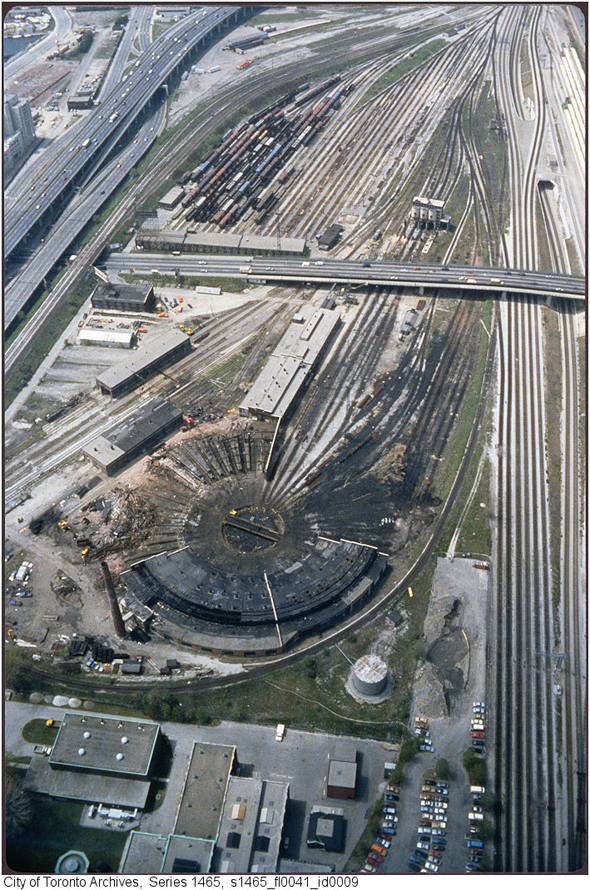 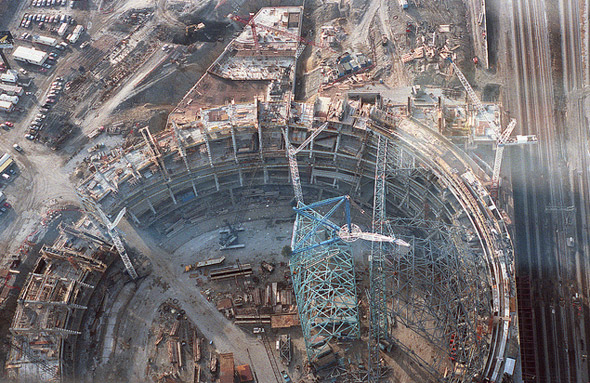 Under construction from the CN Tower. Photo by ~EvidencE~ 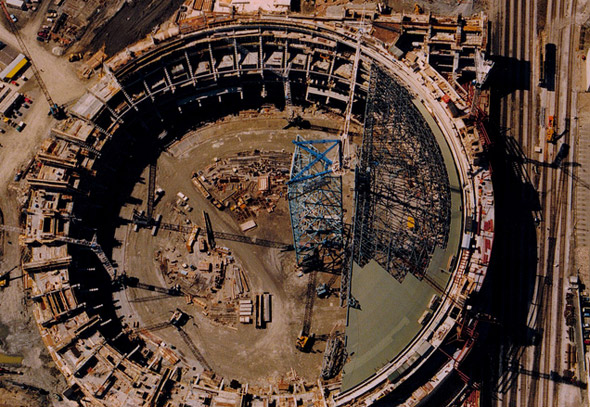 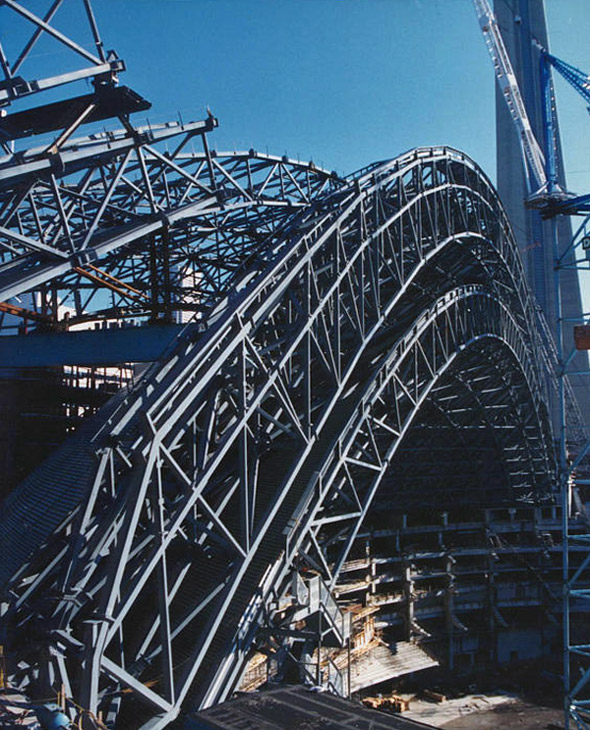 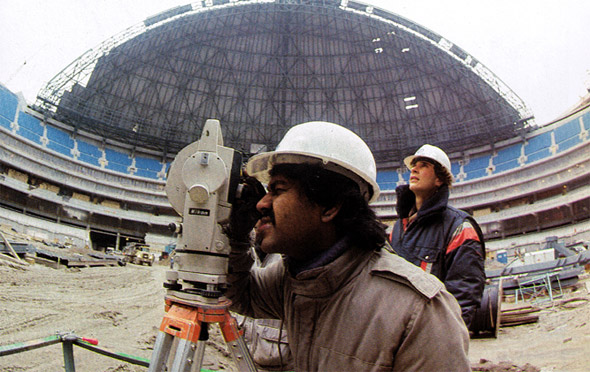 Image via the Stadium Page 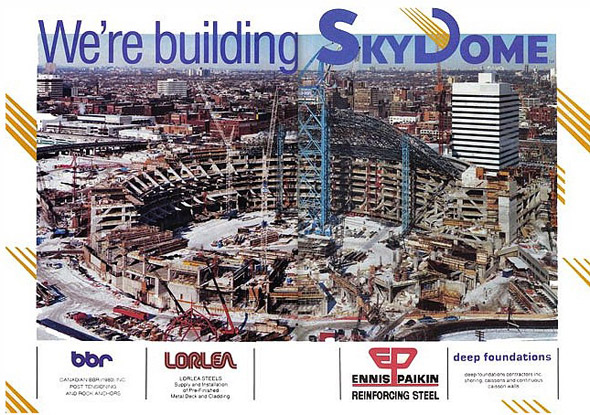 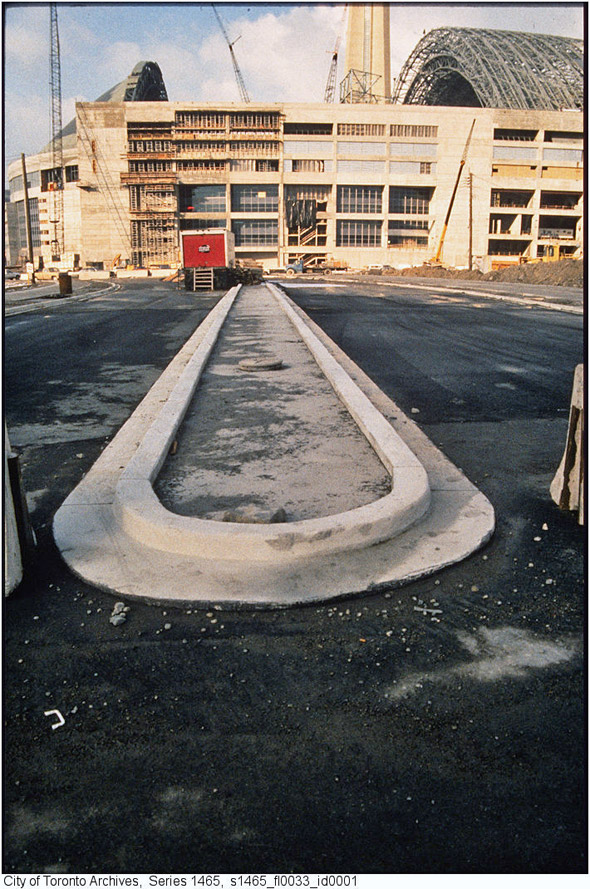 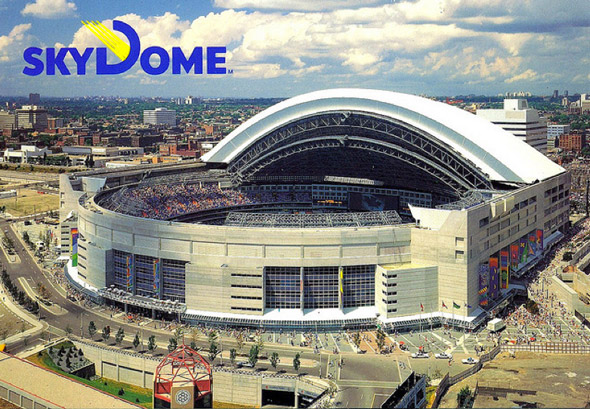 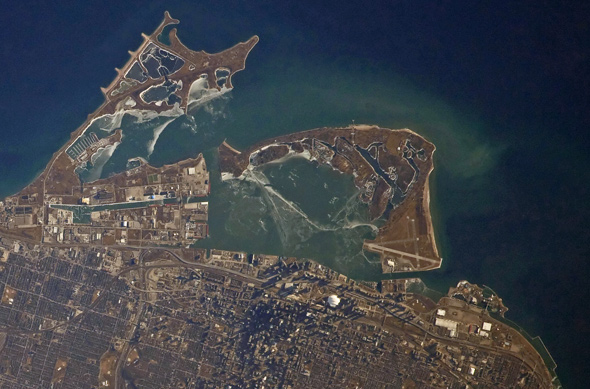 Check out this timelapse of the construction of the SkyDome, which also features some awesome sequences of the first tests on the moving roof.