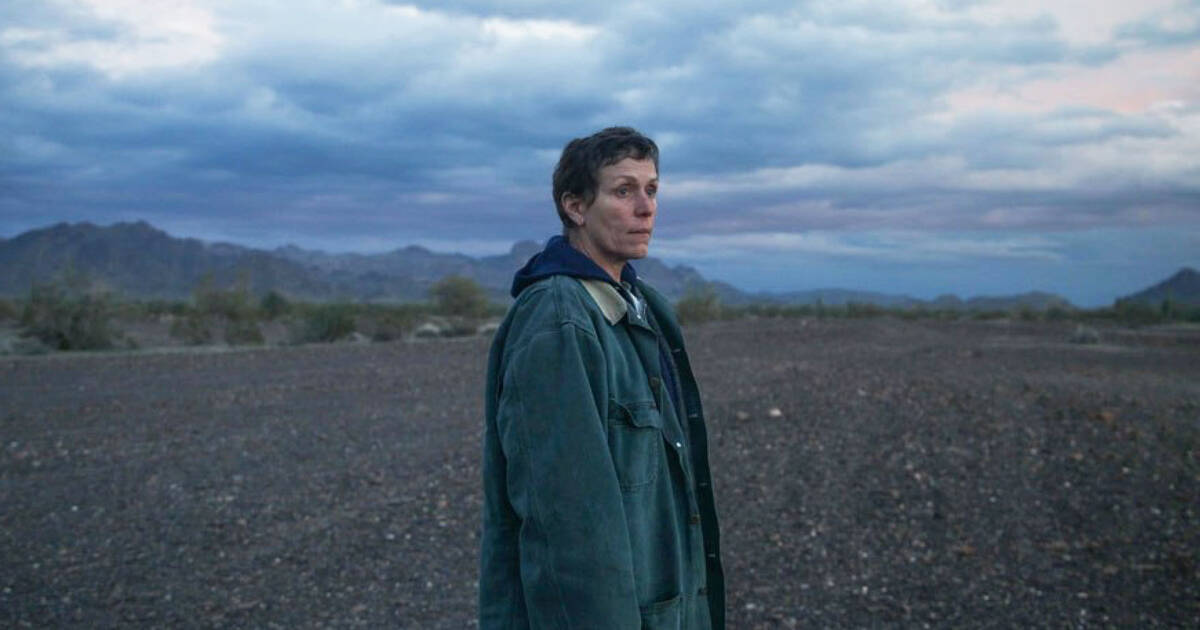 TIFF award winners for 2020 do exist despite this year's reduced slate of films at the Toronto International Film Festival.

Just like past years, a number of jury awards were doled out on the final day of the festival, as well as the People's Choice award that's often a great prognosticator for Oscar glory.

The winner this year is Chloé Zhao's Nomadland, a film that was almost universally beloved but is a mildly surprising win given that it already took top laurels at Venice last week, and the two prizes have never overlapped.

First runner up is Regina King's exceptional One Night In Miami, while the second runner up goes to Trace Deer's Beans.

The best documentary prize goes to Inconvenient Indian, while the best Midnight Madness film goes to Roseanne Liang's Shadow In The Cloud.

Amplify Voices Award, a new prize for 2020. The jury was comprised of Sarah Gadon, Damon D'Oliveira and Danis Goulet, selecting three films by from the Official Selection made by self-identified BIPOC and Canadian filmmakers.

The prizes went to Michelle Latimer's documentary Inconvenient Indian, Chaitanya Tamhane’s The Disciple and Philippe Lacôte’s Night of the Kings.

This new award is presented by the Shawn Mendes Foundation, providing a $10,000 award to a Festival film that tackles issues of social change. This year's recipient is Kelly Fyffe-Marshall’s short film Black Bodies.

Stella Meghie, Adam Piron and Chloé Robichaud made up the jury for this short film prize. They bestowed the $10,000 award to Tiffany Hsiung for her documentary short film Sing Me a Lullaby.

This is a prize from the international film critics group. The jury this year consisted of Jon Asp from Sweden, Jihane Bougrine from Morocco and Adriana Fernández from Mexico.

They selected Beginning, directed by Dea Kulumbegashvili, describing it as "a brave and fresh quiet storm of a film, and "emotionally compelling debut feature by a filmmaker whose voice feels established and one to watch.”

The Network for the Promotion of Asian Cinema (NETPAC) gives out an annual award at TIFF, and the jury this year consisted of Dr. Sharofat Arabova from Tajikistan), Dr. Latika Padgaonkar from India), and jury chairperson George Chun Han Wang from Hawaii.

by Jason Gorber via blogTO
Posted by Arun Augustin at 10:48 AM