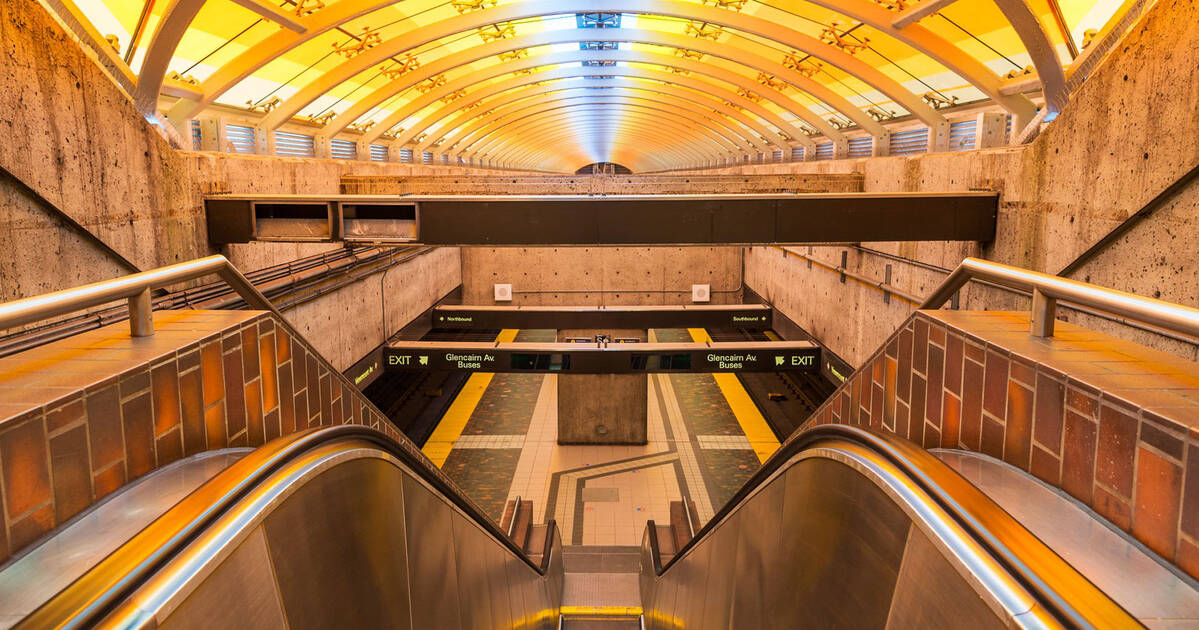 A TTC subway station in Toronto just got a major upgrade in the form of a beautiful new skylight that stretches the entire length of the station.

A joyous morning at #TTC's Glencairn Station with the unveiling of Federal/City-funded infrastructure upgrades including a beautiful new skylight. Joining our CEO Rick Leary is Mayor @JohnTory and area MP @marcomendicino . Read more at https://t.co/WkLaAe3vNl pic.twitter.com/3eR9RcJg7o

The nearly $11 million project replaces the 35-year-old roof that preceded it. At one point, the former roof got so leaky, additional janitorial staff had to be assigned to the station during periods of heavy rainfall.

This new skylight is lighter than the old one, making it easier for its support system. You'll find similar support systems used in New York City, at the Bowling Green Subway Station, or Berlin Hauptbanhof in Berlin.

Here’s what the skylight art exhibit looked like when Glencairn station opened in 1978. Removed in early 90s. (via https://t.co/BuFLlbN0nx) pic.twitter.com/LwiuGRjGGA

Those who were around when Glencairn station first opened in 1978 will remember the colourful translucent art panels by artist Rita Letendre.

That original work was removed in the 1990s after leaks damaged the installation, but a reinterpretation of Letendre's work was integrated into the new skylight system in 2019.

Glencairn is known as one of the least used stations on the TTC, but this new addition might make a ride on the subway, during the era of COVID, slightly more enjoyable.