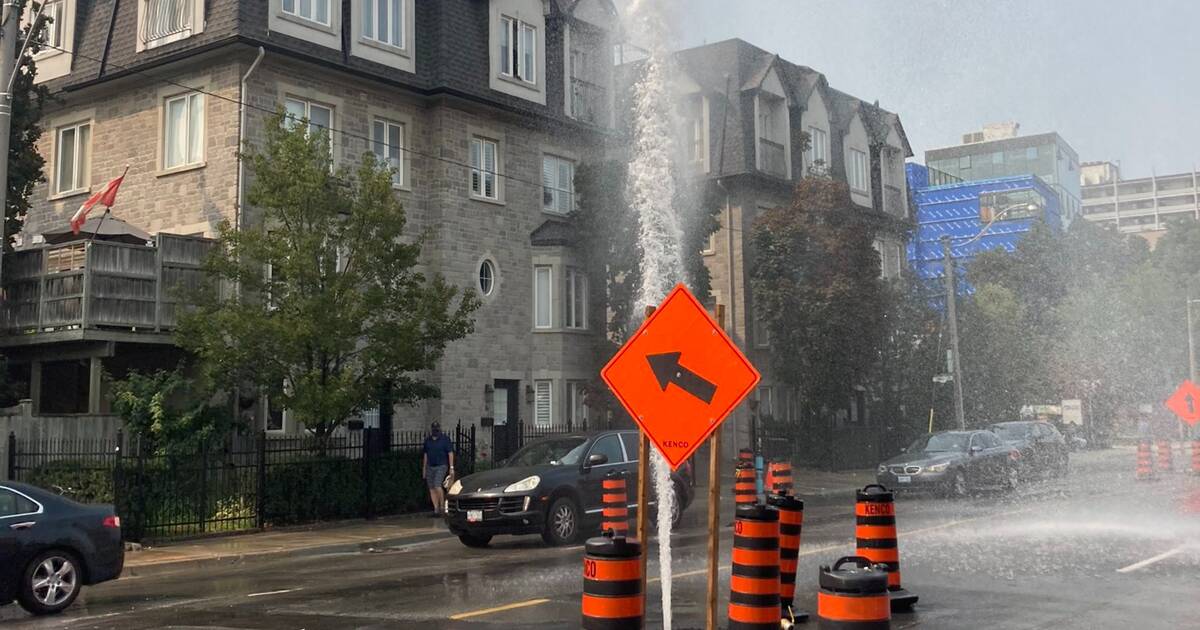 A water main break at Bloor Street and Spadina Avenue resulted in a road closure this afternoon after the intersection was flooded, and photos posted to social media show what looks like a giant fountain shooting water straight up into the air.

At 1:50 p.m. Wednesday, Toronto Police Operations tweeted that they received reports of a water main break and that there would be a road closure at Spadina and Bloor until the water could be turned off.

Approximately 10 minutes later, police tweeted an update and indicated that the city was attempting to resolve the situation.

Rush hour (if that still exists) should be fun at Bloor and Spadina pic.twitter.com/C3bB4MMFDK

In the meantime, however, Torontonians in the area managed to capture photos and videos of the break while pointing out that a giant stream of water bursting through a street and into the air certainly isn't something you see every day — even in this crazy city.

Pretty fountain near @Bloor&Spadina. Not a new Toronto tourist attraction though, I don’t think :-) pic.twitter.com/d2sJq2RQej

"New water fountain installed Bloor and Spadina," joked one local who shared a photo of the incident on Twitter.

"Filed under things you don't see everyday #Toronto," wrote another.

One resident even wrote on Twitter that she witnessed a driver cause the water main break by "hitting something in the road," but she wrote that the motorist allegedly drove away immediately afterward.

Just saw this old white lady hit something in the road causing a massive flood near Spadina and Bloor and she literally pulled a U and left like nothing happened pic.twitter.com/BhUEcCtXfZ

Police have yet to post another update on whether the situation has been resolved as of yet, so — as tempting as it may be to go check out Toronto's newest water fountain in person —  it's probably still a good idea to avoid the area as much as possible.