Did someone really just spot a UFO in the skies north of Toronto? 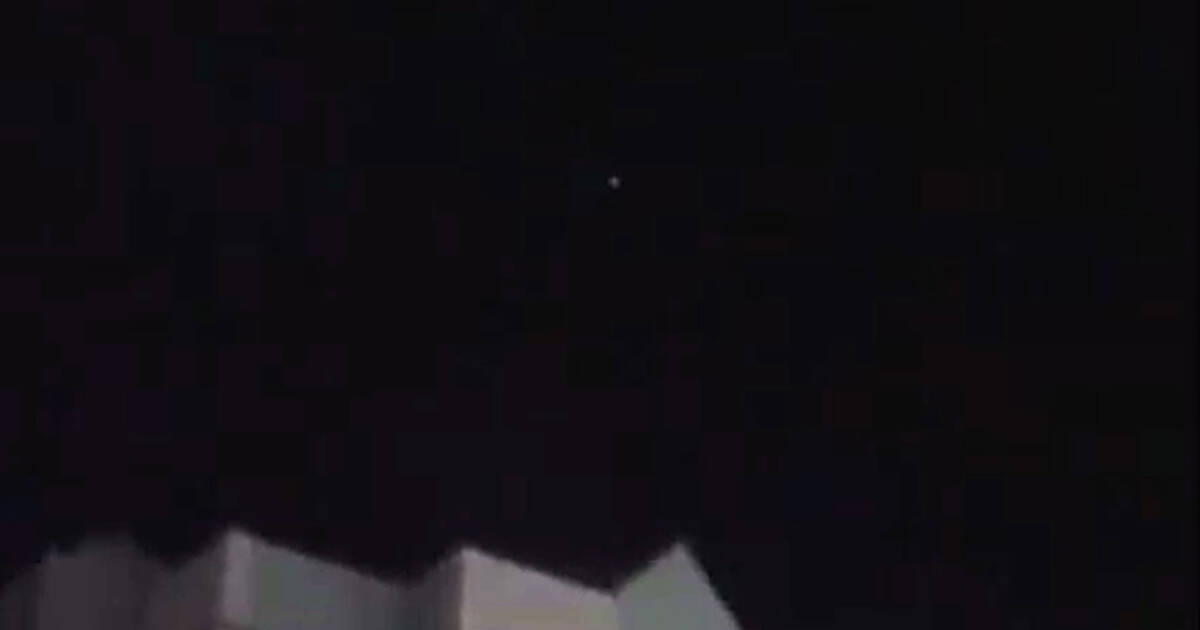 A diamond-shaped light was captured on video in the dark sky north of Toronto in a year when UFO sightings have nearly doubled.

The fast-moving light was captured on video by a man, who didn’t want to be named in this article, while visiting a friend in Aurora.

It was after midnight on Sept. 20 and he was waiting to cross at a stoplight at 14877 Yonge Street, he said. He noticed the light and stopped to film it on his phone.

In the first of two short videos sent to blogTO, a small light appears in a dark sky as the man follows it quickly.

“It was moving so fast and it wasn’t flying a straight line,” he told blogTO.

In a second video, he gets a closer shot and pans over buildings in Aurora.

"The unknown object was moving very fast, so it was hard to catch it."

Eventually, it stopped in the sky and he took the close-up shot.

"It was changing colour inside and then suddenly just disappearing in the sky," he said.

He believes the object is similar to those spotted by venture capitalist Craig Lowther in Tynemouth, England back in 2015. He doesn’t think it was a drone, satellite or any type of aircraft.

"A drone would not move that fast and stop in the sky," he said.

Whether the light was a visitor from outer space or not, this man is not alone.

Chris Rutkowski, a ufology researcher, told CTV, UFO sightings have increased across Canada during the pandemic.

In 2019, there were 849 cases and this year it looks as though that number has doubled.

"We’re looking at increases of about 50 per cent from this time last year, so for some reason, people are reporting more UFOs during lockdown," Rutkowski said.

Rutkowski believes the increase could be because Canadians are getting outside more, working from their backyards and appreciating nature during the pandemic.

The Canadian government keeps a database of UFO sightings but a search of Aurora only comes up with one previous report from 1978.

by Karen Longwell via blogTO
Posted by Arun Augustin at 6:48 AM