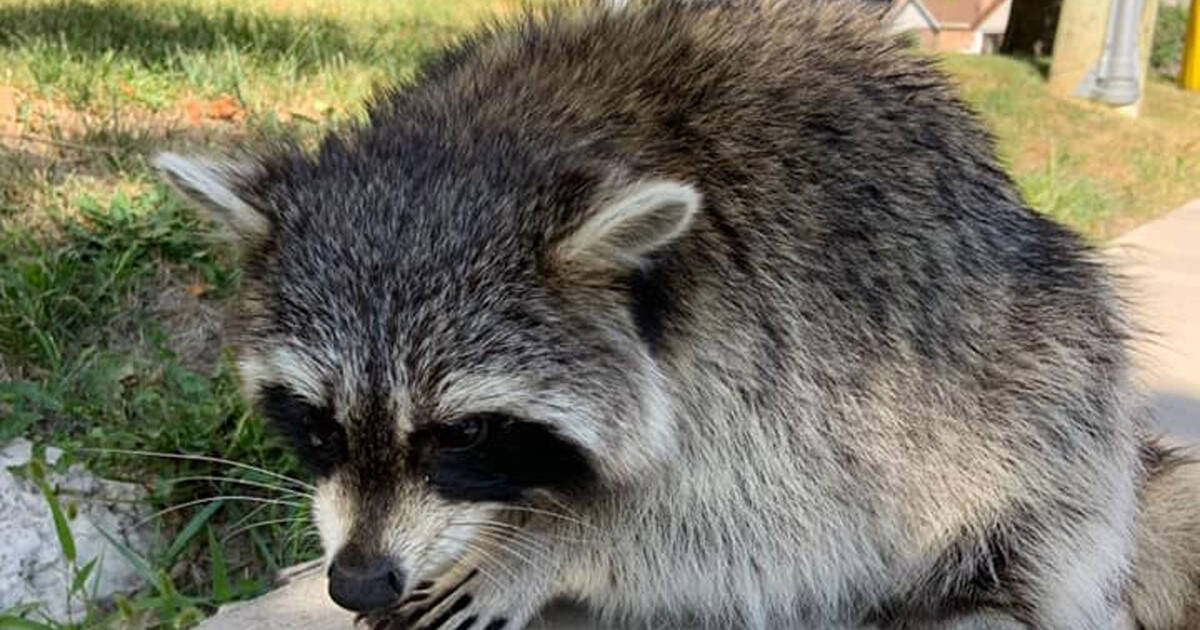 Distemper in raccoons is, unfortunately, pretty common in the city of Toronto. More officially known as Canine Distemper (CDV), this fatal virus is actually easy to diagnose, if not slightly disturbing to witness firsthand.

Despite many Torontonians love-hate relationship with raccoons, the majority of us care about the wellbeing of these incredibly intelligent urban dwellers. It makes it all the more difficult for us to decide what course of action to take when encountering a sick raccoon.

Do we bring them to a rescue centre, or do we leave them alone? Do we call the City? Is euthanization inevitable if we do? It's a loaded question, even for wildlife centre staff and animal custodians, the majority of whom are already at maximum capacity.

Arm yourself with some crucial safety tips and you'll, hopefully, be able to make the right decision.

Symptoms of distemper in raccoons

Raccoons suffering from distemper are pretty easy to spot. The animal may seem disoriented or sleepy. Wandering aimlessly or "drunkenly" is common, as is fever, vomiting and diarrhea. It may also appear blind, confused and very thirsty.

If you're close enough (but hopefully not too close), you might be able to spot some mucus discharge around its eyes and nose. Sleeping in an open area near people is another symptom.

Look out for seizures, from mild twitching to full-out grand-mal seizures. There have even been some reports of raccoons chewing their own tails off.

Raccoons with distemper may try to approach you, but be warned: despite the disarming behaviour, they may become aggressive if cornered.

Humans can't catch CDV, but as the name suggests, dogs are definitely at risk of becoming infected if they come in contact with a raccoon who has it.

If attempting to handle a raccoon with distemper, there's a chance you can pass it on your pooch. Despite the fact CDV is short-lived, it can be spread through direct contact with the fluids of infected animals. Make sure that your pets are up to date with vaccines.

As for raccoons and skunks, most wildlife centres will take a proactive approach, vaccinating all vulnerable items that come through their care before infection is possible.

Is there a cure?

There is no cure for distemper.

There's a chance your dog may survive if the virus is caught in the early stages and care is provided but permanent neurological damage is likely.

Skunks and raccoons exhibiting symptoms of distemper aren't usually identified until the very late stages, at which point, it's too late. Tragically, they're bound for a very painful death, most commonly from a seizure.

In the wild, distemper is extremely contagious amongst raccoons, with a 100 per cent fatality rate when not treated.

While some animal services with no-kill policies will attempt to cure a raccoon of distemper, it's guaranteed to be a drawn-out, costly process that most can't afford.

Injectable antibiotics, vitamin boosters, pain control, anti-seizure meds, vaccination, and food all add up. Lack of resources is the reason why the majority of wildlife centers don't try.

What to do if you see a sick raccoon

As Raccoon City dwellers, we all have a soft spot for our favourite urban tricksters. Naturally, the best advice is to care for your personal safety first.

If safely hand-delivering a raccoon to an animal rehab is out of the option, the most humane thing to do is phone 311.

Permanent brain damage is likely well underway by the time you spot a raccoon behaving strangely so regardless of how quickly you get it to a rehab centre, it's possible the raccoon will have to be put down anyway.

The key is to get the raccoon safely into the hands of animal control where it can die more comfortably without the risk of contaminating others.

That being said, there's also the "everyone deserves a chance" approach. There are a limited number of wildlife rehab centres with no-kill policies: Checking in with the contacts on the Ontario Wildlife Rescue site is a good move.

But remember, if you choose to take that route, be prepared to donate to places like Mally's Third Chance or Another Chance Wildlife Rehab.

Wildlife rescue centers in Ontario are severely underfunded, meaning these teams are likely already overwhelmed by the number of animals that need treatment. Don't drop off an animal without getting the go-ahead from these organizations first.

Volunteers may be also available to come pick up the animal, in which case you might want to keep it in one place while they head over. The first step is always to call the wildlife centre nearest you and play it safe.