Ice is falling from construction cranes and buildings in downtown Toronto 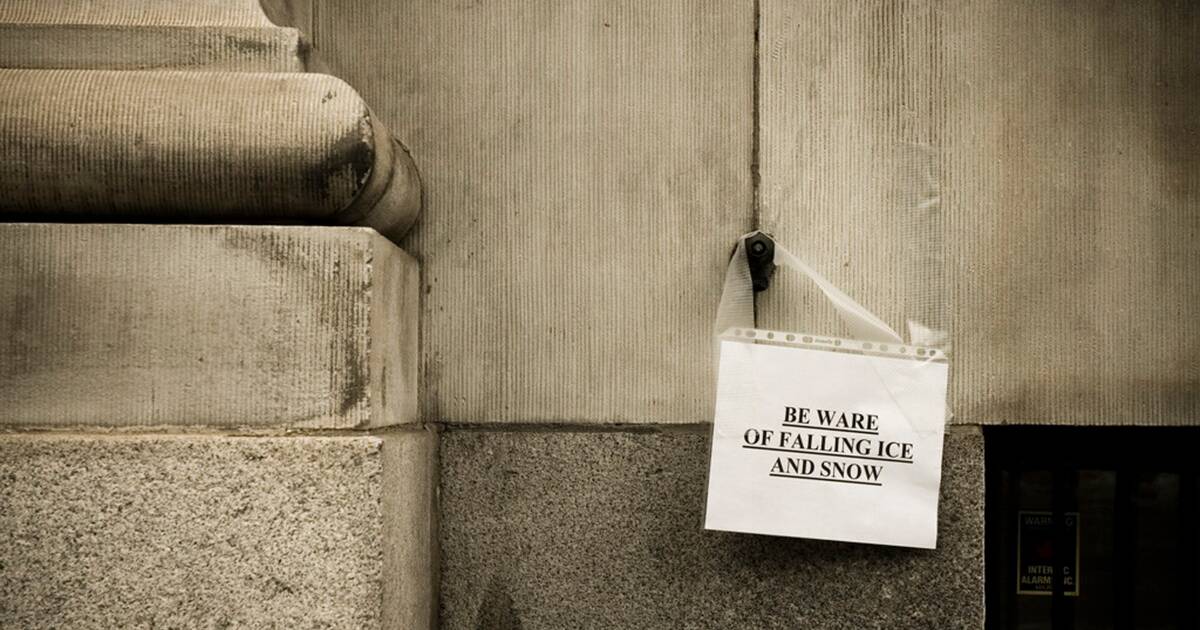 If you're strolling through downtown Toronto today, be sure to walk as far from tall buildings and construction cranes as possible.

According to Toronto Police, officers responded to reports of falling ice from buildings, cranes and other tall structures earlier this morning.

Police tweeted a warning to Toronto residents earlier today, advising drivers to be "mentally prepared of the possibility, [and] to pull to safety if struck"

PUBLIC ALERT
- Police responding to reports of ice falling from construction cranes, buildings & other tall structures.
- Drivers asked to be mentally prepared of the possibility, & to pull to safety if struck.
- Pedestrians asked to be aware, take @TorontoPATH if possible.
^vk

Police also told pedestrians to be aware of their surroundings and to take The Path instead of walking outside if possible.

Reports of falling ice on Bay St. earlier today led to the temporary closure of the downtown street from Wellington to Harbour, while ice chunks also fell from the CN Tower.

Bay street is closed from Wellington to Harbour because of falling ice. Watch out for all service transit using the northbound lanes to come south

Ice was also reported to have fallen from a crane and onto the Gardiner Expressway at a construction site near Bay St.

Some Toronto residents experienced close calls due to the danger of falling icicles and chunks, and they're taking to social media to recount their experiences.

Another thing I don't miss about Toronto. Death by falling sheets of ice. https://t.co/laNPjPvDxZ

"The falling ice on Bay Street begins. Five others and I nearly got taken out walking towards Wellington street. We thankfully all made it... or otherwise dodged [the] chunks of ice falling from the building," one Twitter user wrote.

"Toronto: where architects can't design buildings to handle simple Canadian winters and instead said buildings just post a small sign that says 'beware of falling ice' to try to prevent liability," another said.

by Mira Miller via blogTO
Posted by Arun Augustin at 12:20 PM