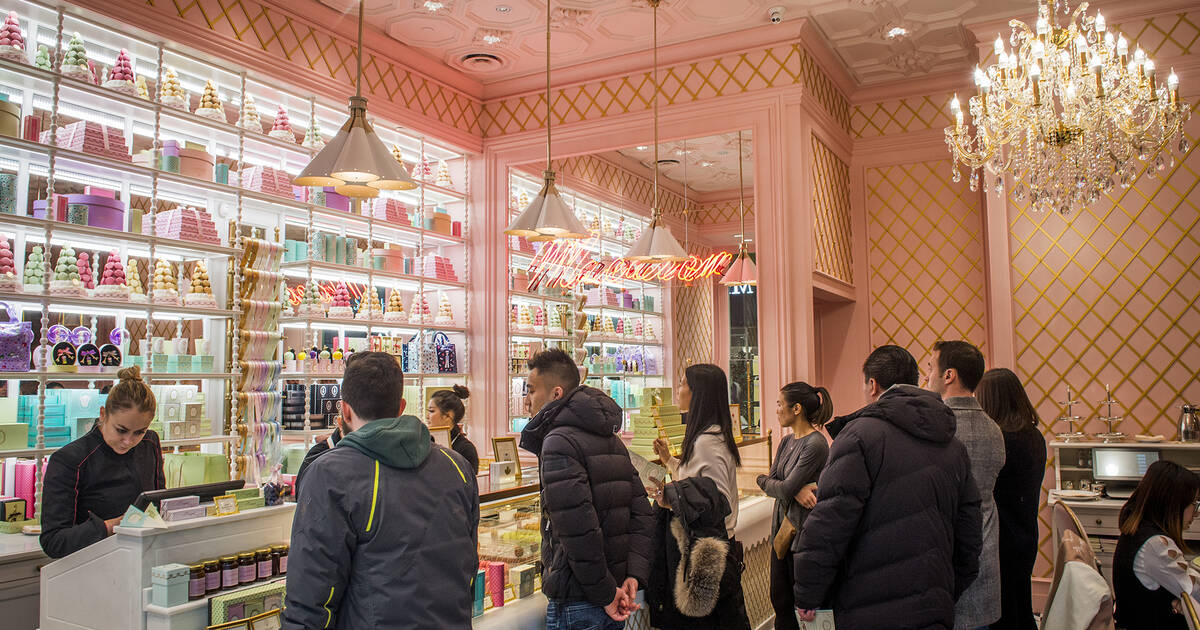 The lavish sweets shop opened this morning in the PATH, in the Exchange Tower at 130 King Street West.

The 157-year-old patisserie is lauded around the world for its colourful meringue-based confections, which the Toronto area finally got a taste of at the end of 2017 when a much-anticipated boutique opened in Yorkdale Shopping Centre.

The company has two locations in Vancouver — one of them just a pop-up carriage — making the PATH cafe the fourth Laduree in all of Canada. The store has nearly 40 locations in France, and a few sprinkled across the globe in places like Switzerland, Germany and Japan.

The store will opened at 7 a.m. sharp, and if the popularity of Yorkdale's other novelty food spots are any indication, macaron connoisseurs can expect to encounter some lines for the next little while.

by Becky Robertson via blogTO
Posted by Arun Augustin at 5:36 AM