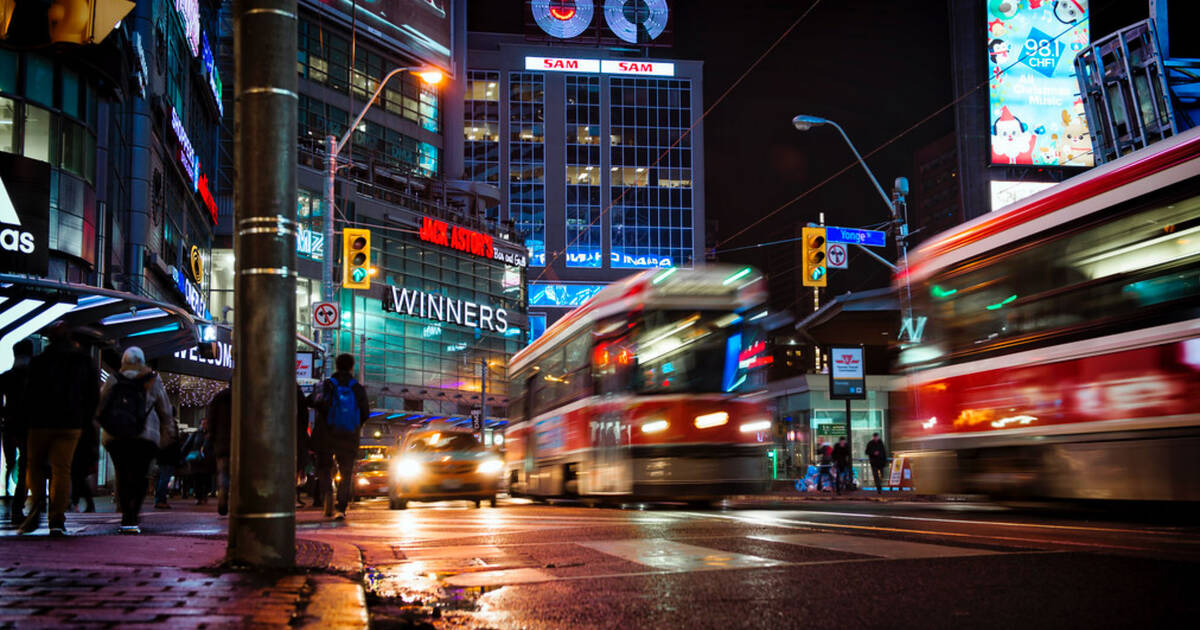 Torontonians marking the end of the year with some celebratory drinks will be happy to know that the TTC is once again offering free rides to residents on New Year's Eve.

As in past years, the free transit service will be sponsored by Corby Spirit and Wine.

Back for the 7th year, Corby Spirit and Wine is getting #Toronto home safe on New Year's Eve. Remember to celebrate responsibly this holiday season and enjoy free rides on the TTC this NYE 🎉✨🥂 #CorbySafeRides pic.twitter.com/43Zm3D1xkh

All of the commission's subways, streetcars and buses will be free of charge for everyone to ride between 7 p.m. on December 31 and 7 a.m. on January 1 — good news for all you late-night partiers.

Lines will see regular Monday to Friday service during the day, with late evening service extended by a few hours. Standby trains will also be added on lines 1 and 2 late at night, though the usual daytime standby and service relief vehicles will be cancelled.

Just a reminder, the TTC is free from 7pm until 7am! #DontDrinkAndDrive

The last line 1 subways of the night will be leaving Union Station at 3:30am (north to Finch Station) and 3:34 a.m. (north to Vaughan Metropolitan Centre). Both final line 2 trains will be departing from Bloor-Yonge Station at 3:37 a.m. (westbound to Kipling Station and eastbound to Kennedy Station).

The evening's last line 3 train will leave Kennedy Station for McCowan at 4:05 am, and the final line 4 train will leave Sheppard-Yonge Station for Don Mills at 3:58 a.m. Some end-of-service standby buses will be available until 6 a.m. at Kennedy, Scarborough Centre, Pioneer Village, Finch, Sheppard West and Kipling stations. Most regular routes will commence at 8 a.m.

Please drink responsibly tonight. Uber Ttc Taxi plan ur ride ahead TTC IS FREE UNTIL 7am.

The plan has been a generally successful move by the transit authority to help cut down on drunk driving and make roads less jam-packed than they have to be on the holiday.

by Becky Robertson via blogTO
Posted by Arun Augustin at 2:49 PM