Toronto pedestrians keep wiping out on icy roads and sidewalks 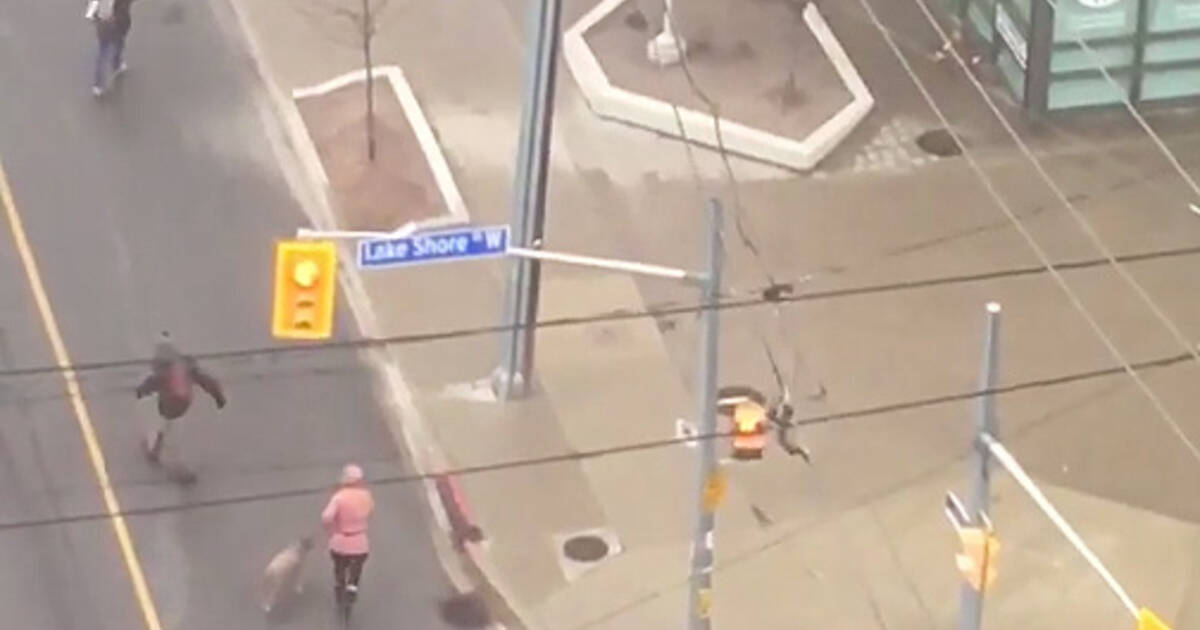 Motorists aren't alone in their need to be extra cautious outdoors right now — people on foot are just as likely to hit black ice and slide, without protective shells to cushion their bodies at that.

The ice pellets and freezing rain that turned Southern Ontario into a slippery mess yesterday are gone, for the most part, but their effects can still be felt on unsalted surfaces around the city.

Toronto is so windy and slippery that people in some parts of the city are having trouble staying upright. #onstorm – 📹 @claulona pic.twitter.com/WBojan9ygY

Full on wipeouts have been reported throughout the city all Monday long, thanks in large part to heavy winds and slick, ice-covered surfaces.

Thanks #Toronto for cleaning your sidewalks

Many are blaming the city for failing to properly clear its sidewalks — you know, like it plows the streets.

Also, the streets are clear while the sidewalks are a mess. Everyone that falls this year should sue @johntory and his council allies personally as well as the city

People waiting for public transit on the TTC's brand new raised streetcar platform at King and Portland Streets are learning the hard way that its surface is incredibly slippery when wet.

@TTChelps @cityoftoronto the new platform at the Peter st stop for King st car is extremely slippery. I watched 4 people fall walking on it after getting off the streetcar. #toronto #ttc

On Sunday, the situation was even worse...

Especially for those who were out and about when the storm hit, turning the streets into skating rinks.

These water bubbles on my bike are hard ice.. will walk it home from the gym (thanks to Humber Fitness for letting me defrost it first indoors), wish I paid attention to the weather report 😆

The roads and sidewalks are a skating rink at the moment. #LongBranchTO #etobicoke pic.twitter.com/jTtoQZOQ2K

With a high of 1 C expected for Toronto by Tuesday morning, temperatures should be just warm enough to melt the ice away — though we'll still be well within risk of everything freezing back up again in time for the commute.

Wear boots with treads if you plan on walking anywhere either way — or better yet, haul around a bag of road salt and kill some of the ice yourself.

by Lauren O'Neil via blogTO
Posted by Arun Augustin at 3:10 PM