Toronto's newest shelter for the homeless is an actual bus 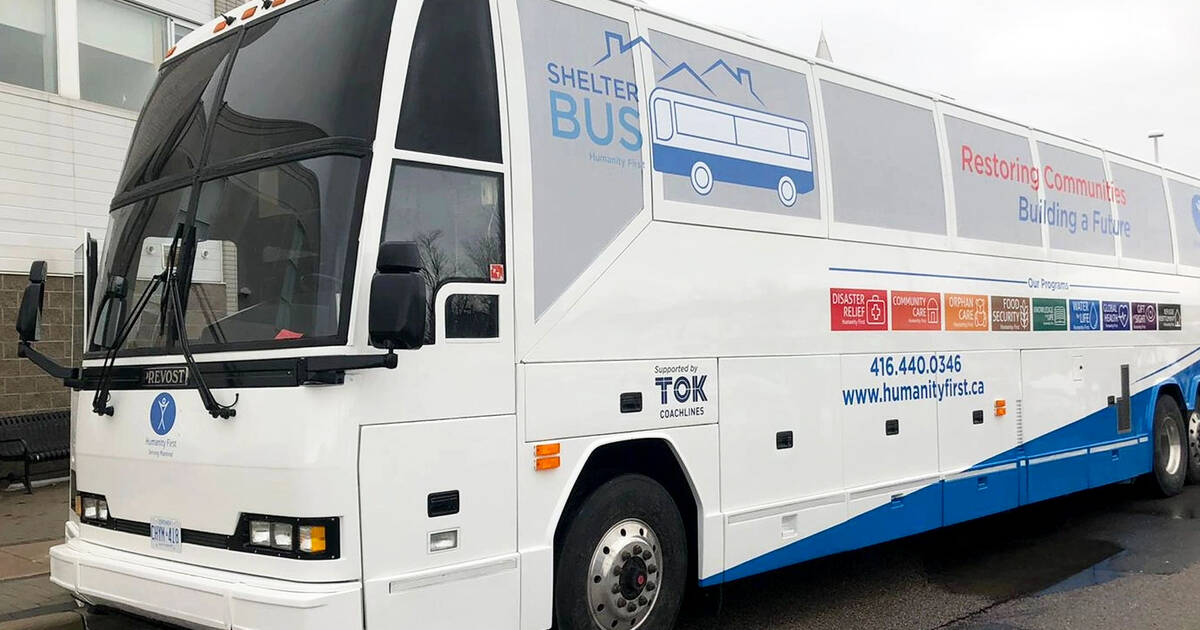 The winter months become a dire time for people living on the streets of Toronto. With freezing temperatures and damp air, homeless shelters are no longer a resource, but a means for survival.

Toronto Public Health reported that 101 people experiencing homelessness died in 2017, followed by 92 in 2018. This year there have been 57 deaths to date

That's why The Ahmadiyya Muslim Youth Association, in collaboration with Humanity First, have been working over the last year to repurpose a coach bus into a shelter on wheels.

The Shelter Bus was created to fill a gap in the way the city is able to serve the homeless community. The bus is able to go to the people who need it most, instead of having them seek out the bus.

"The Shelter Bus could be dispatched to any location to respond to urgent need. It can also reach remote areas and be used to house people who have been temporarily displaced," reads The Shelter Bus website.

The Shelter bus is on it's 'third life,' as the organization calls it. It started out as transit bus, and most recently was a coach bus for travelling hockey players in Quebec City.

Now it's on the streets of Toronto where it'll be on the road from 8 p.m. to at least 8 a.m., throughout the winter.

The full-size vehicle will pick up people who are looking for shelter, and can provide 20 sleeping spaces. The bus is also retrofitted with a lounge area, kitchenette, and a washroom.

According to Naeem Faroqui, the principal consultant on the project, 900 buses in Canada are disposed of every year, often in the middle of their full life.

by Olivia Levesque via blogTO
Posted by Arun Augustin at 7:50 AM