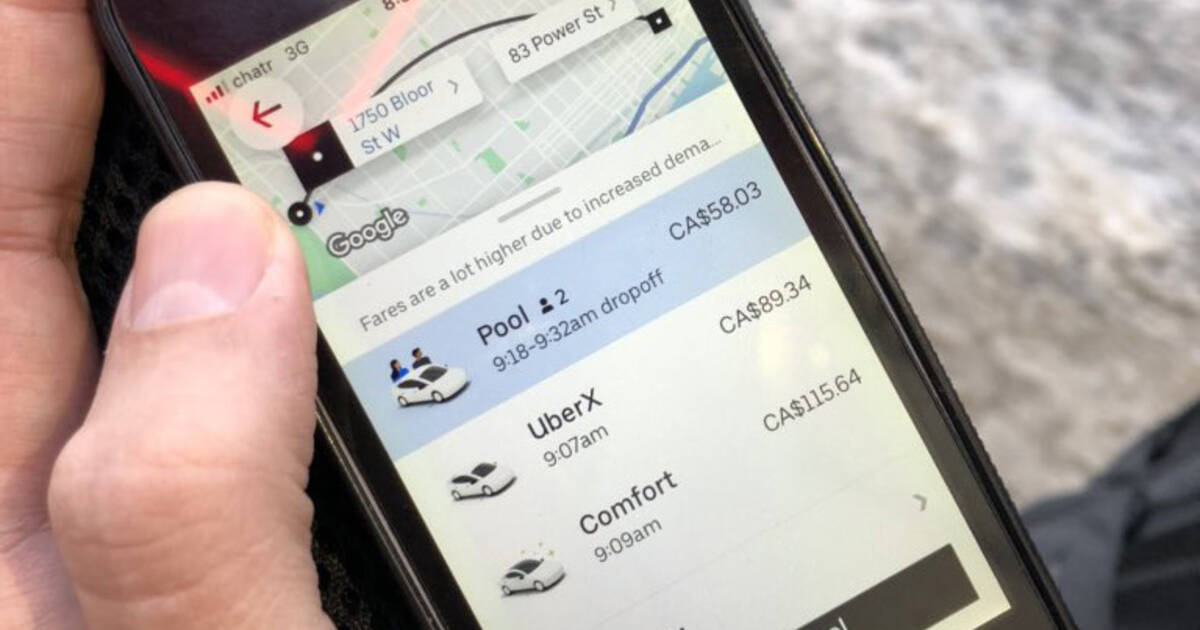 Another snowy Monday morning, another mass TTC meltdown, another display of free market capitalism at its most vicious.

Fire on the #TTC cutting off my commute to work. #Lyft prices nearly the same as the Presto monthly🙄 #TellMeWhyIDontLikeMondays#GonnaBeLate pic.twitter.com/MNotrZfxEO

Thousands of Toronto commuters are struggling today with a difficult decision in the wake of a fire that shut down subway service on Line 2 between Keele and Ossington Stations: Be incredibly late for work or pay an exorbitant amount of money to hop into an Uber or Lyft.

With shuttle buses packed to the brim and, in some cases, nowhere to be found, displaced TTC passengers have been firing up their ride-sharing apps of choice in search of a better way.

Clear evidence of this can be seen in the fares quoted right now by Uber and Lyft, both of which famously apply "surge pricing" to their rates based on demand.

Not sure what's worse:

- A TTC delay
- Uber hiking up their prices for a trip that's normally $17 (and continues to rise as time goes on) pic.twitter.com/suSalhE9Yx

If a quote of nearly $90 for one regular Uber X ride from Bloor and Jane to the financial district is any indication, demand is astronomical in Toronto this morning — as one might expect when a major subway line goes out of service at rush hour.

This is what my commute is looking like now if I want to get to work on time. Thanks @TTChelps @TTCnotices pic.twitter.com/r8GDwQmfpz

And it's not just rides along the affected portion of Line 2 that are seeing the impact of surge pricing.

People all over the city are seeing sky-high rates, which have no doubt been bolstered even further by poor road and winter weather conditions.

The rates are so exorbitantly high — as in more than $100 for a ride that usually costs less than $20 — some people are finding humour in the situation.

Others have resigned themselves to being late, because really, what else can you do if you're not in a place to shell out that kind of cash on a single one-way cab ride?

Uber was telling me it'll be 55 bucks even with 5 dollars off to go to work. Nah I'll be like an hour late idc

As of 9:30 a.m., service was still shut down on the TTC's Line 2 between Keele and Ossington due to fire.

TTC spokesperson Stuart Green says the fire was caused by a "wooden cover board" contacting the subway system's third rail.

"Situation complicated when a non-TTC person on board a trapped train improperly opened a door, letting smoke in," wrote Green on Twitter Monday morning. "GO protocol in effect from Dundas West and Kipling. 50-plus shuttle buses on scene."