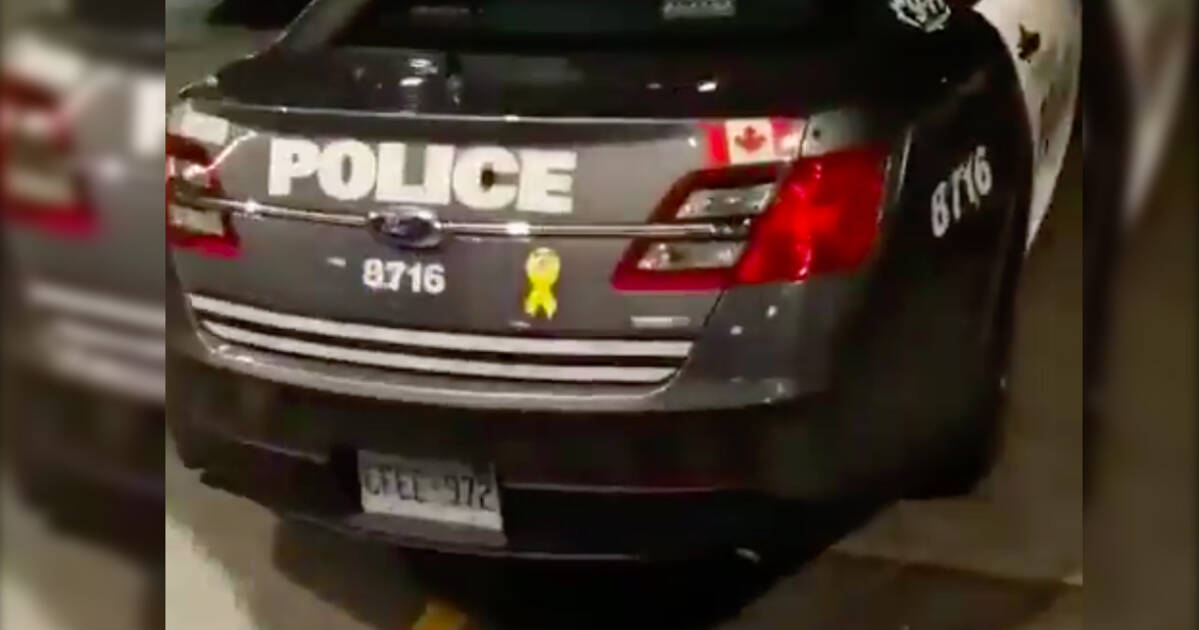 Video footage is circulating today of what appears to be a Toronto police officer asleep in his cruiser while parked across two spaces — at least one of them meant for use exclusively by people with accessibility needs.

"Toronto Police... Manz double parked in a handicap spot taking a nap," reads the caption of that post. "Thoughts on this?"

A Toronto police officer was caught on camera sleeping while parked in a handicap spot - 📹 6ixwars https://t.co/EXjQYteS5U #Toronto pic.twitter.com/MWpz1YecH2

It is not clear where or when the video was shot, but it does clearly show a Toronto Police cruiser atop part of an accessible parking space.

When the person filming approaches one of the car's windows, we can see what appears to be a man wearing a police uniform sleeping upright in the driver's seat.

Some commenters on Instagram sympathized with the officer, noting that shift work can take a physical toll. Most, however, seemed pretty irate over what they saw portrayed.

You have to rule out medical issue first before jumping on that one. Remember a few years ago when everyone jumped on that TTC ticket booth worker for sleeping on the job? Turned out he had a serious medical condition. He died a few months afterwards.

A copy of the video posted to Reddit on Tuesday afternoon has similarly solicited hundreds of comments from people who have all kinds of thoughts on what's happening in the clip, and on what should happen next.

The Toronto Police Service told CP24 on Tuesday that it is aware of the video in question and that an investigation has been launched.

"We take these matters very seriously and as such, have started an investigation," said a police spokesperson.

by Lauren O'Neil via blogTO
Posted by Arun Augustin at 2:17 PM