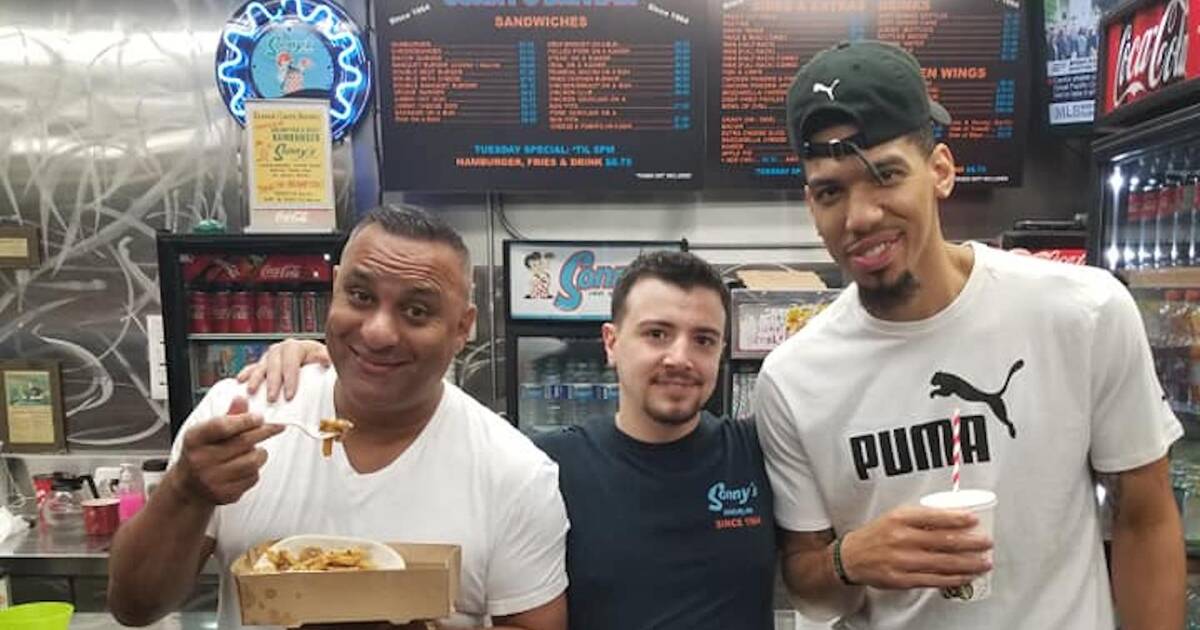 A basketball player and a comedian walk into a burger joint...

It may sound like the beginning of a cheesy joke, but it's actually a real thing that happened when Danny Green and Russell Peters headed to Sonny's Drive-In in Brampton for some equally cheesy late night eats.

The Bramptonist reports the two dined on poutine and milkshakes at the picnic benches sitting outside the classic establishment. It would seem they were also accompanied by a photographer and a cameraperson, so maybe the visit was for some other unclear purpose.

Peters is a Brampton native, so it's unsurprising if he's a long-time fan, and Green may have become a patron of Sonny's during his time in Toronto playing for the Raptors.

by Amy Carlberg via blogTO
Posted by Arun Augustin at 7:53 AM