Downtown Toronto is about to get a new pedestrian bridge 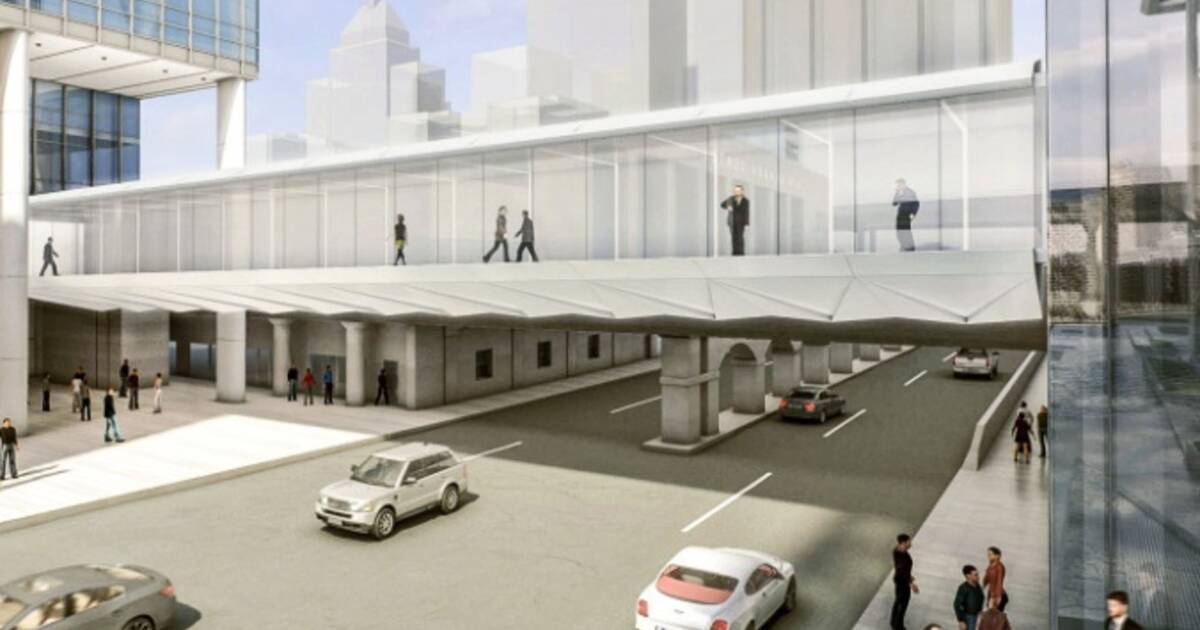 GO Transit users will soon have a convenient way to access the new Union Station bus terminal under construction at 81 Bay St., because a shiny new pedestrian bridge is about to be installed.

The bride will connect Scotiabank Arena and the bus terminal, and it'll span 39.5 metres over Bay St., according to Metrolinx.

Look up! A glass pedestrian bridge is being installed above Bay Street this weekend. It will connect you to the future state-of-the-art Union Station Bus Terminal. Read more this impressive project and changes to your route this weekend https://t.co/OqXs0aDYZV #MetrolinxFYI pic.twitter.com/tt1MiPMupC

It'll also be an extension of the city’s PATH network.

Work on the bridge will begin this long-weekend and is set to be completed by the end of next weekend, so it's a fairly short timeline.

Although the construction won't take long, it's sure to create some detours in the area.

According to Metrolinx, this may also cause some delays for GO buses travelling through the area.

The bridge is just one small part of the soon-to-be CIBC Square, a two-tower development which also includes an elevated park spanning the GO rail corridor. The development will alter the city's skyline when completed in 2022.

by Mira Miller via blogTO
Posted by Arun Augustin at 2:17 PM