This unusual Greek house is a Toronto landmark 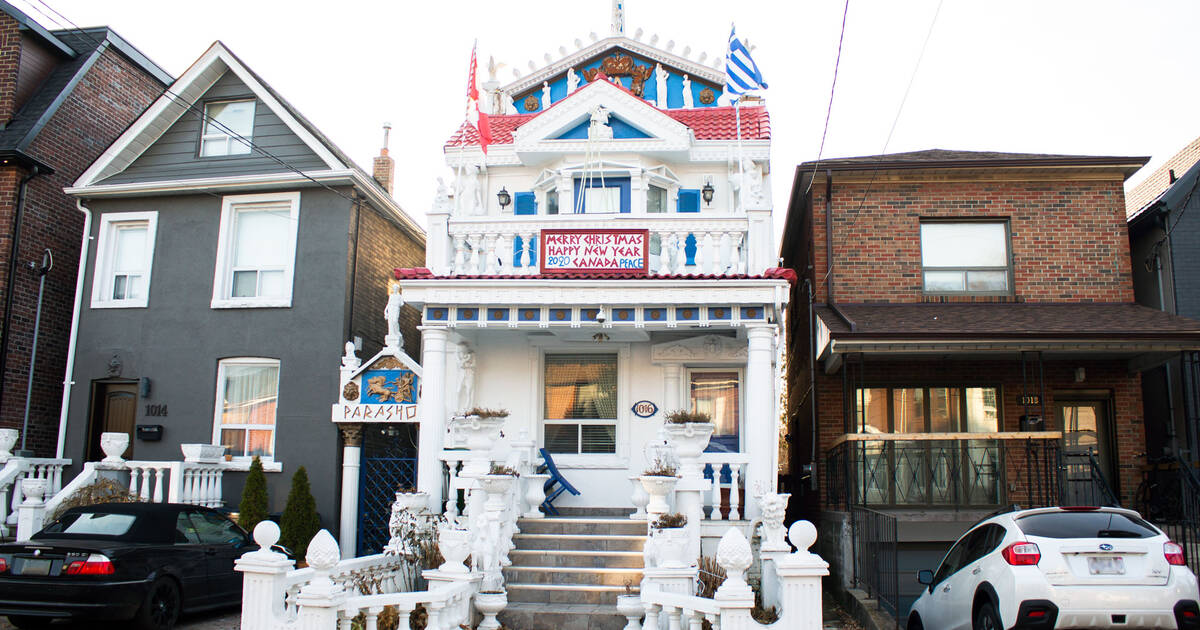 Some Toronto homeowners show their patriotism by hanging flags, others hang little accessories on their car's rearview mirror.

And then others—namely, the owners of the spectacle at 1016 Shaw Street—construct jaw-dropping all-white abodes adorned with Greek sculptures, elaborate gateways, and custom signs replete with sigmas and carriage-drawn gods. 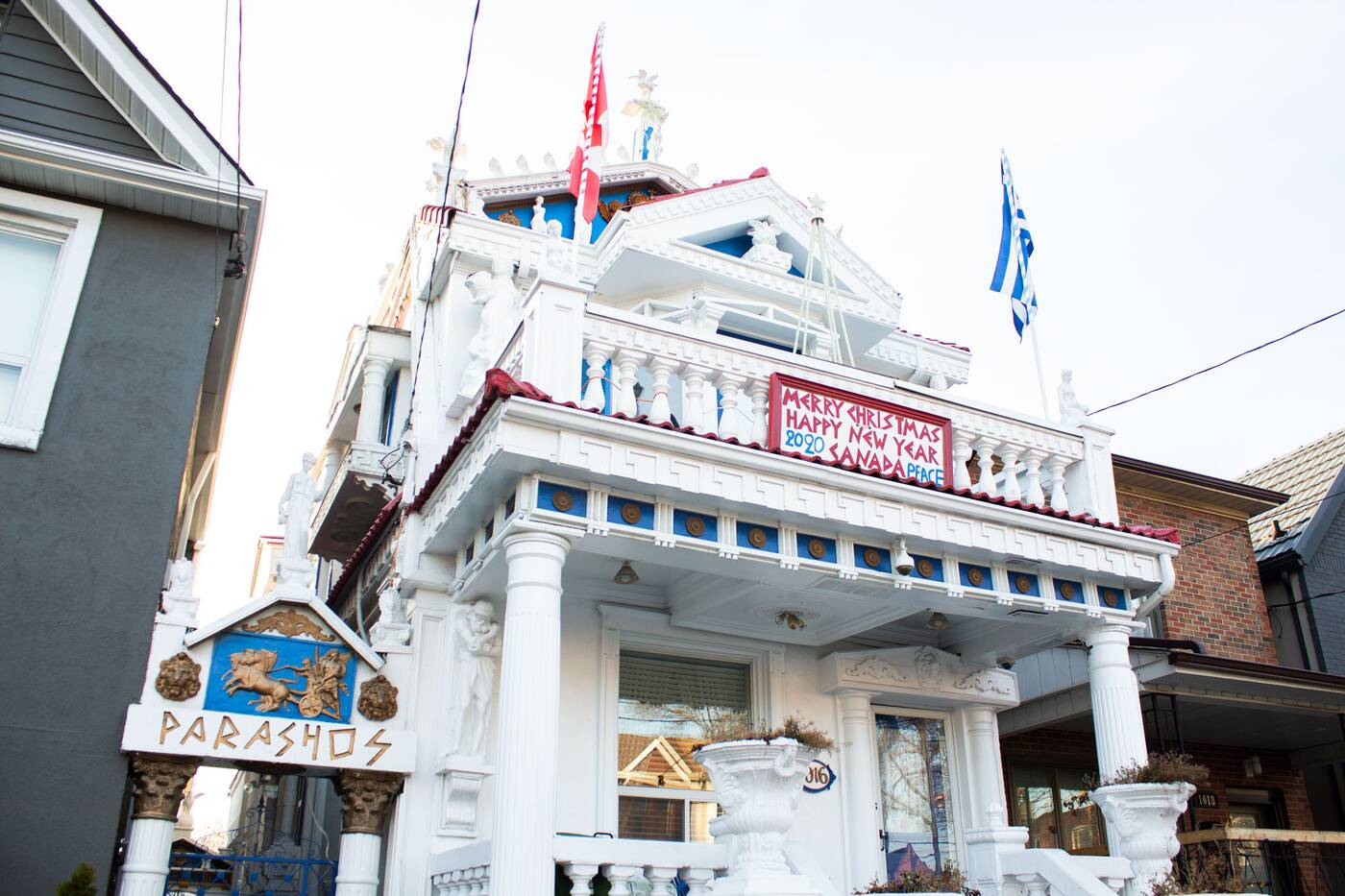 The house at 1016 Shaw Street is sometimes called the Greek House or House of Parashos.

If you've never seen this hulking Hellenistic beauty on Shaw, located just south of Dupont, you haven't truly experienced all the wonders that this strange city has to offer.

There's the CN Tower, there's the Rogers Centre, and then there's the Parashos family's house, often referred to pretty bluntly as the 'Greek House' on Shaw. 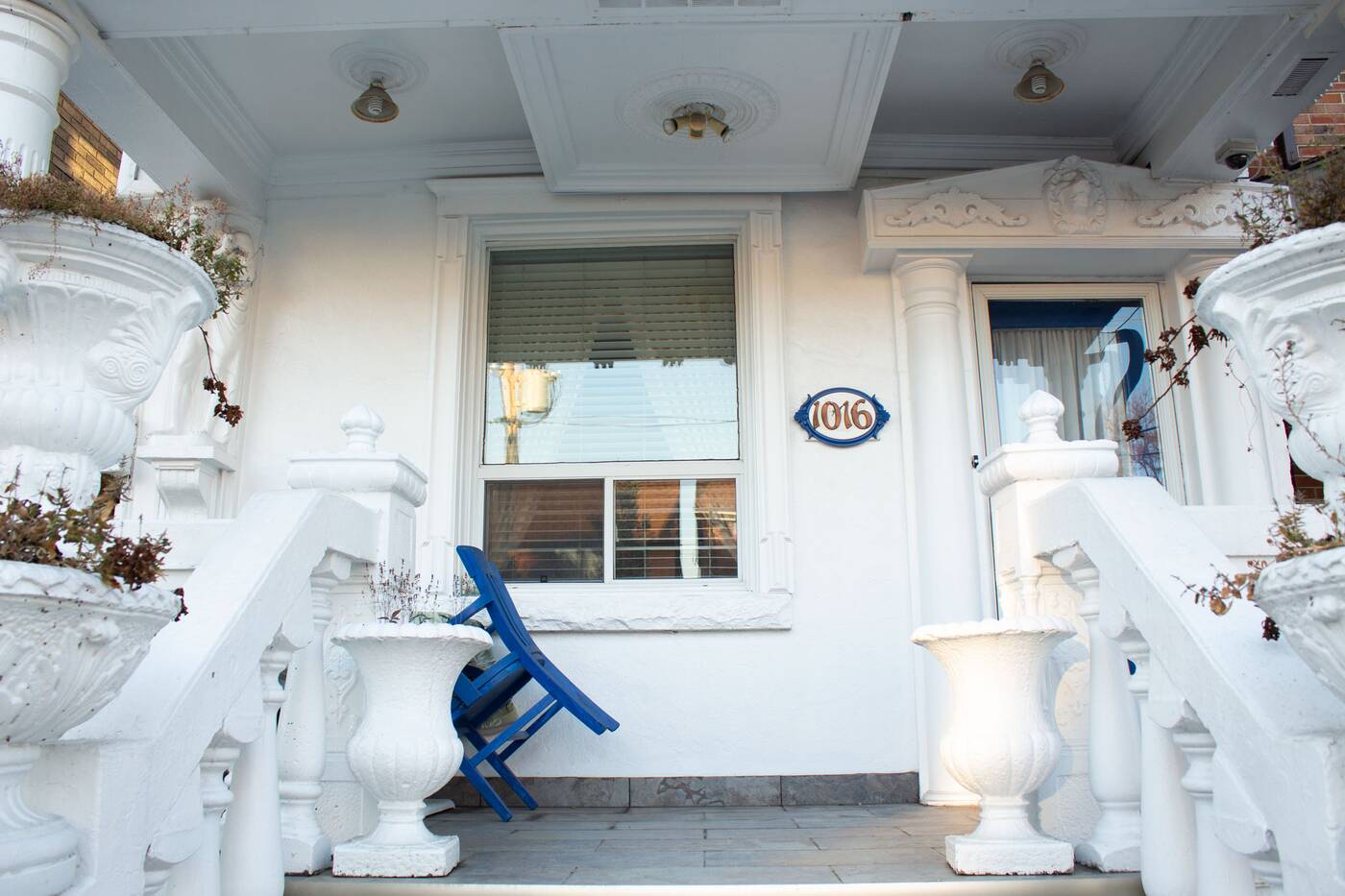 This home is easily one of the most interesting homes in the city.

For decades, this residential masterpiece has delighted and bewildered passers-by with its unapologetic design and its yearly changing sign wishing all us loyal Torontonians a Merry Christmas and a Happy New Year.

Neighbours say it was built by the Parashos patriarch more than 30 years ago, and that he spends time every year sprucing up the exterior, as you can tell from its (mostly) pristine coat of white paint. 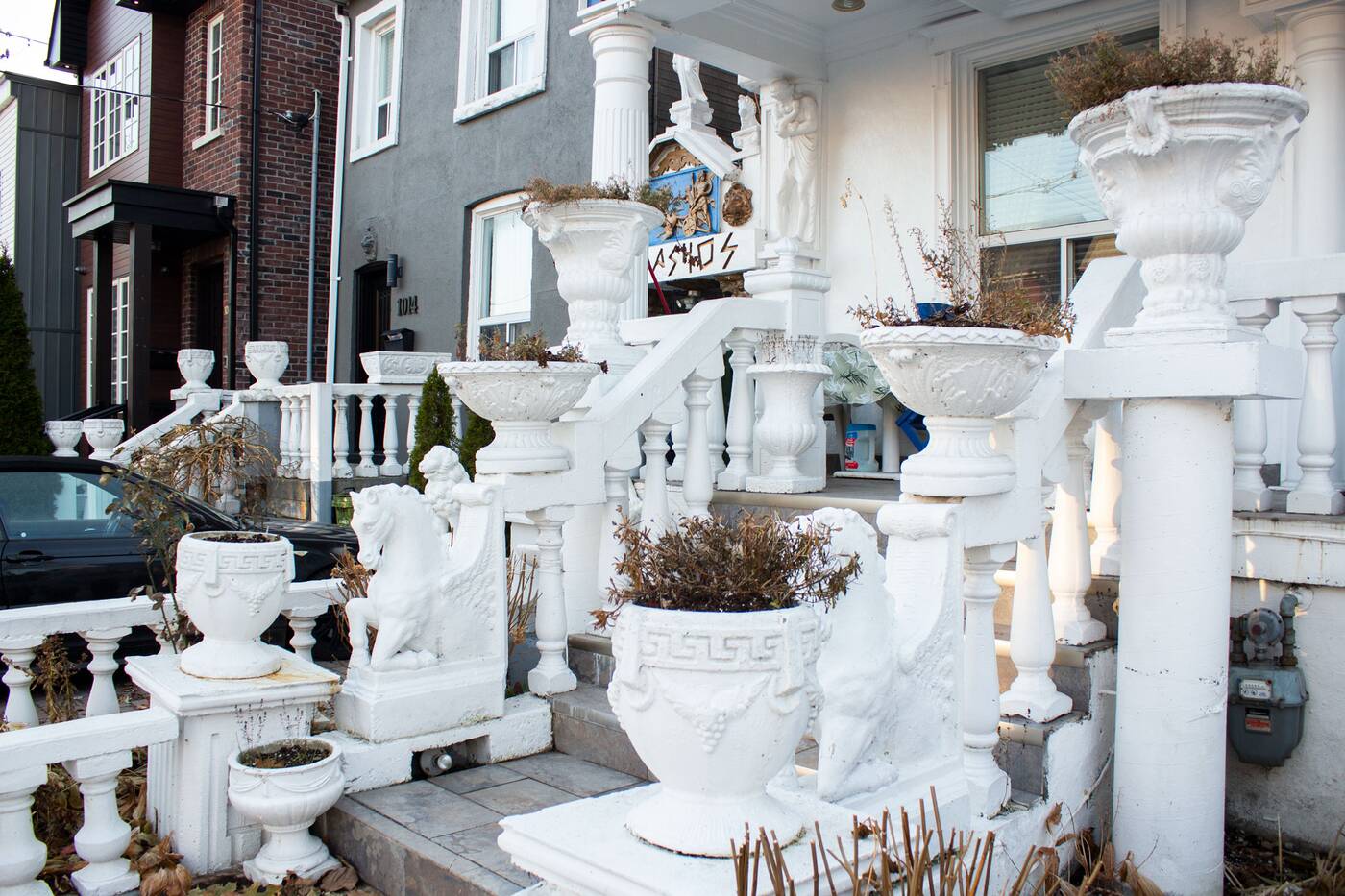 The white and blue exterior looks like something straight out of Greece.

You'll have to step back, and maybe walk a bit north up the street to appreciate the little statues adorning the roof gable and decorative crown moulding above the second-storey balcony.

Most fascinating is the 'A' being bestowed a king's crown, which might stand for the first name of the man who built the house, according to the 411 page. 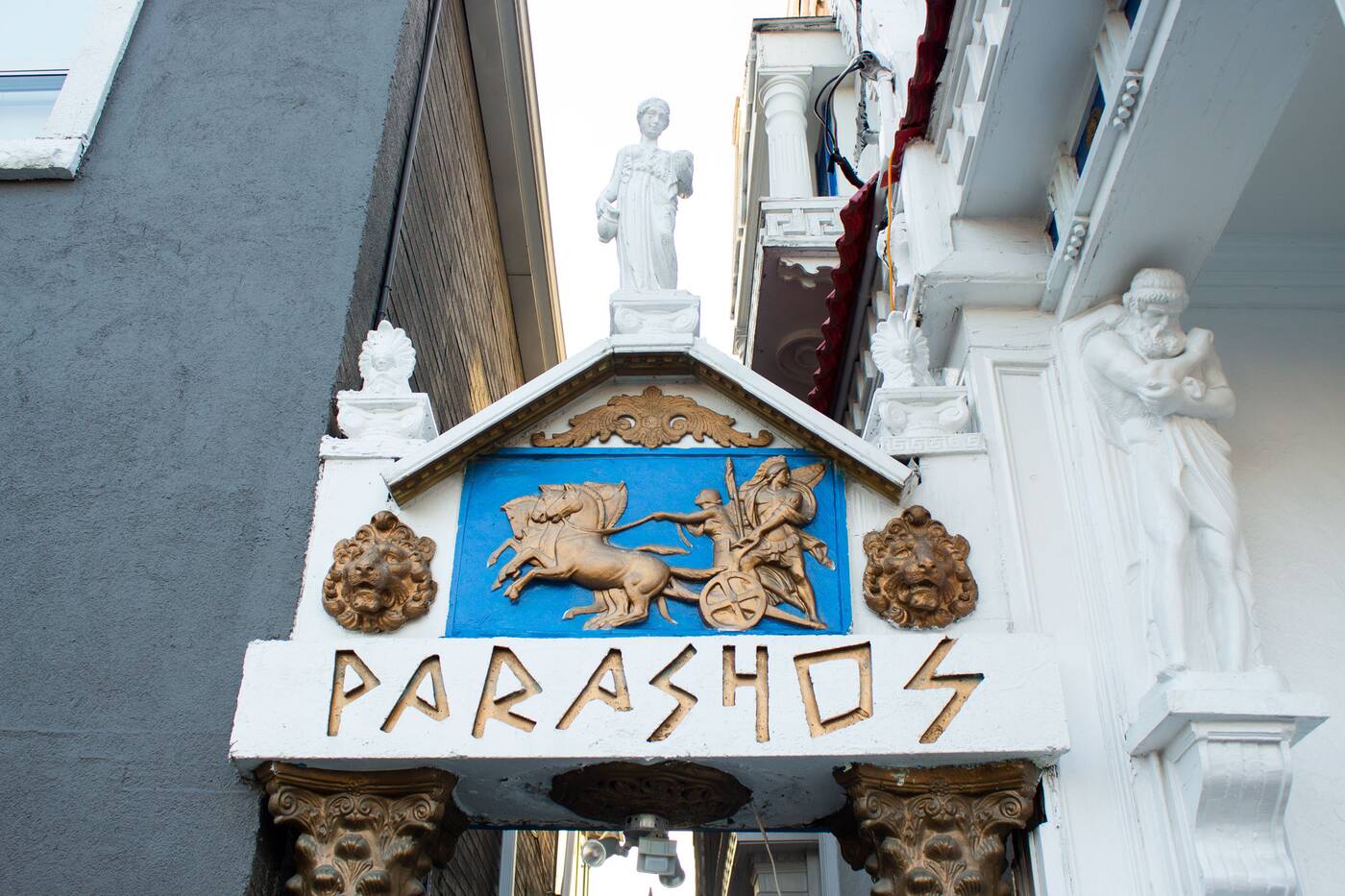 An elaborate gateway connects the houses at 1014 and 1012 Shaw Street.

Right below it is a sign with the lettering "22-10-1972 AD", which is rumoured (read: hearsay on Reddit) to be the date the Parashos arrived in Canada.

Another interesting part of this entire build (aside from the red tiling, the parapets, stone lions, blue backsplash, etc.) is the fact that this house is actually connected to the perfectly normal-looking house next door. 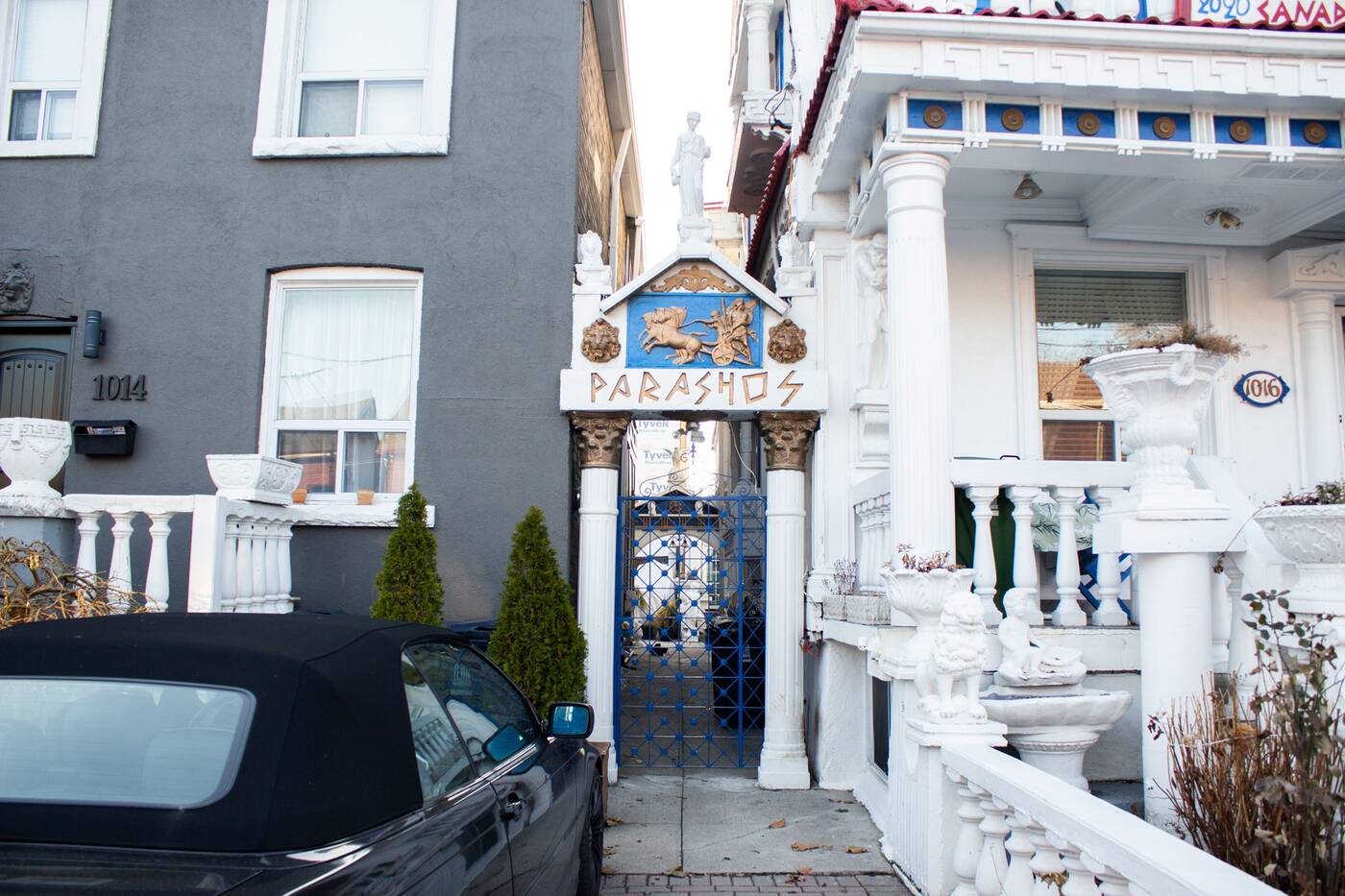 The two properties also share a backyard, which looks decorated similarly to the exterior.

Sharing a driveway and a backyard is the sensible home at 1014 Shaw Street, where a second- and third-generation of Parashos allegedly live.

The resident of 1014 declined to comment for the story on behalf of the Parashos' behalf, meaning no one was available to answer the many burning questions I have about this house, like who, what, when, and why—with an emphasis on why.

I guess the reasoning isn't so important, especially when you find yourself face to face with something so completely unique, begging the even better question: why not? 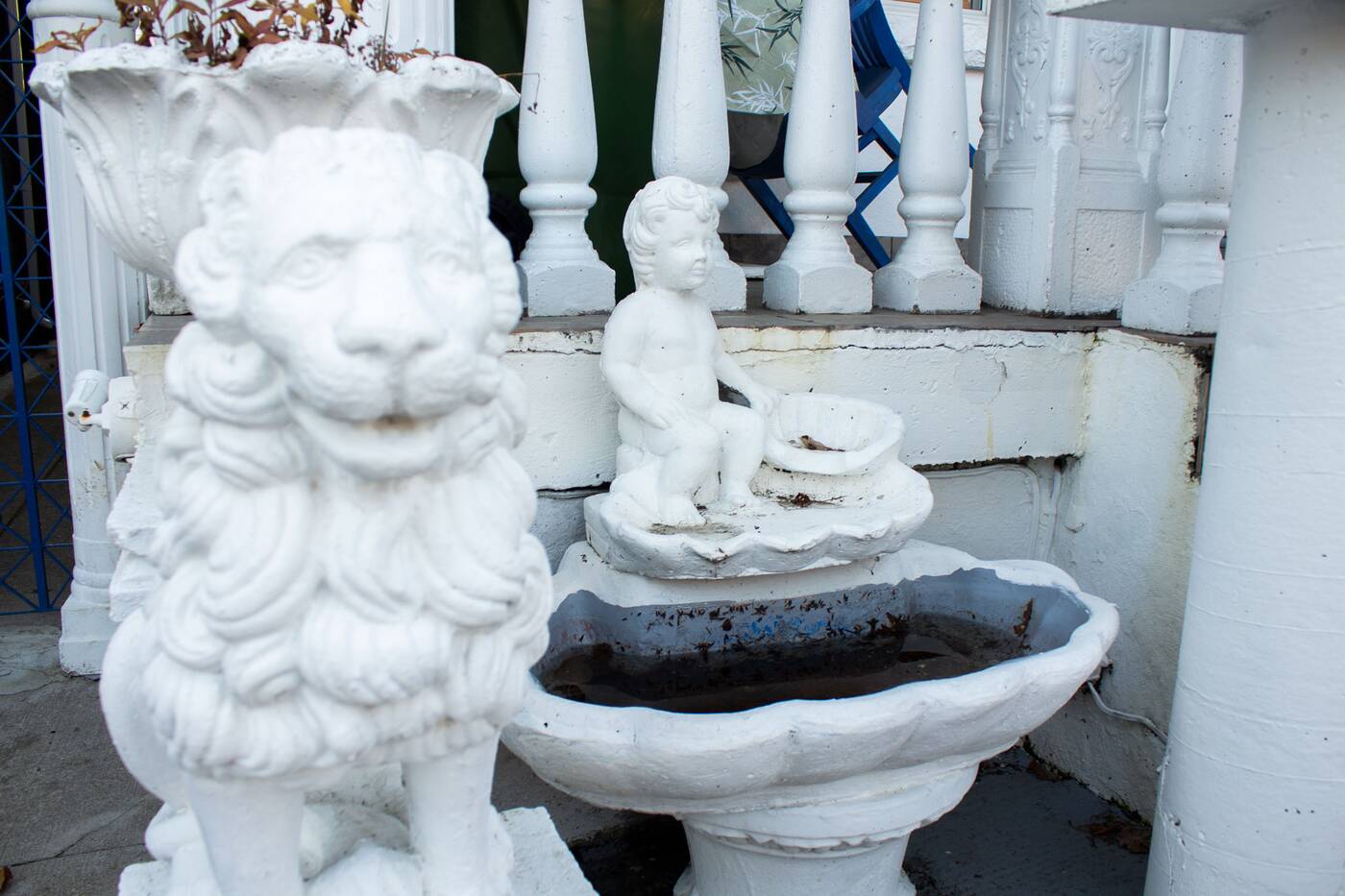 by Tanya Mok via blogTO
Posted by Arun Augustin at 3:05 AM