Toronto's newest community centre will also be a GO station 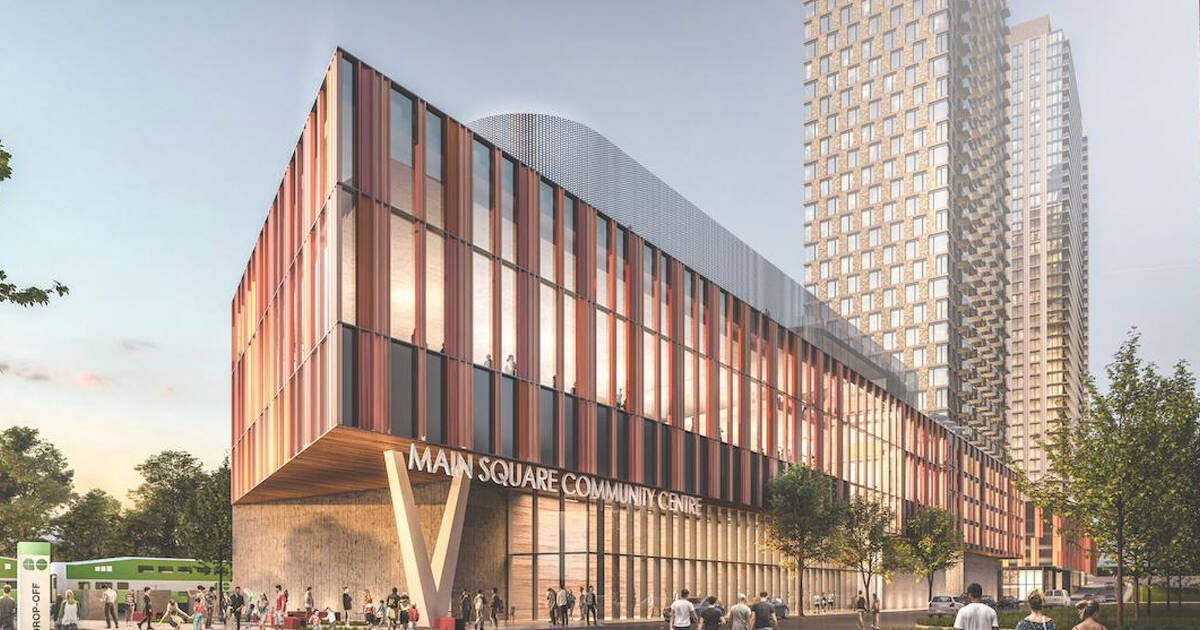 The city of Toronto might be getting more community space thanks to two developers who looking to the city to rezone a piece of property on Danforth East as a mixed-use complex.

According to Urban Toronto, Carlyle Communities and Slate Asset Management have submitted an application to rezone 6 Dawes Road, at the intersection of Main and Danforth, to allow for three residential towers.

The proposals for the towers range from 40 to 49 storeys, and would include a city run community centre. The development would replace an existing self-storage facility on a linear strip of land next to the GO rail corridor. 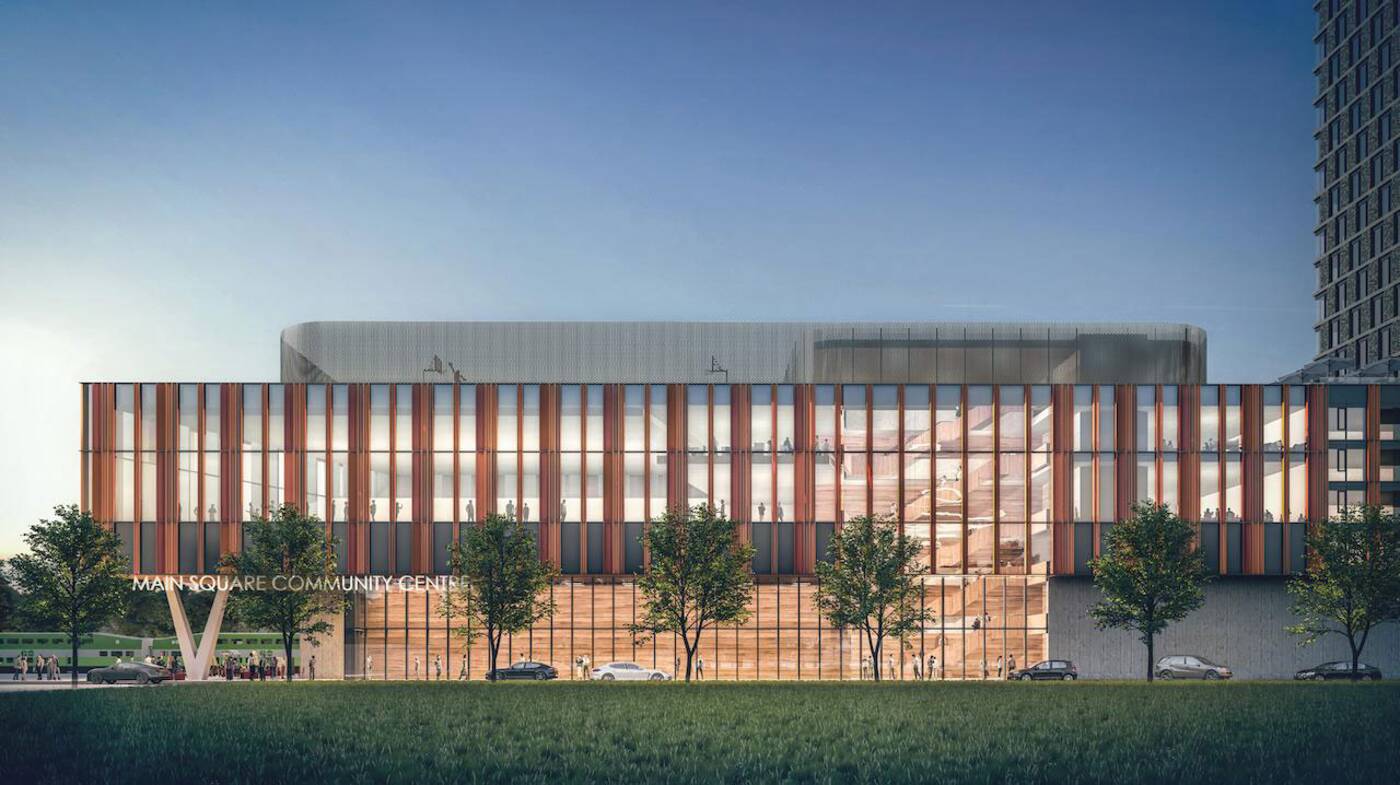 The proposed residential building would have a total of 1,033 condo units and 392 rental units, spread across the three residential towers. The remaining space would be used for the six storey community centre at the east end of the site.

The new recreation centre would replace the existing Main Square Community Centre, adopting its name, and will include a swimming pool, an aerobics space, a gym with basketball court, a fitness centre, activity rooms, a kitchen, and other amenities, if approved by the city.

Currently the community centre is three levels, and houses a 25 metre pool, two multipurpose areas, a kitchen, and a small weight room.

In addition to the housing and community spaces, the southern edge of the proposal includes an improved platform for the Danforth GO station, while a new entrance will be integrated into development at the west end of it where Main Street crosses over the rail corridor. 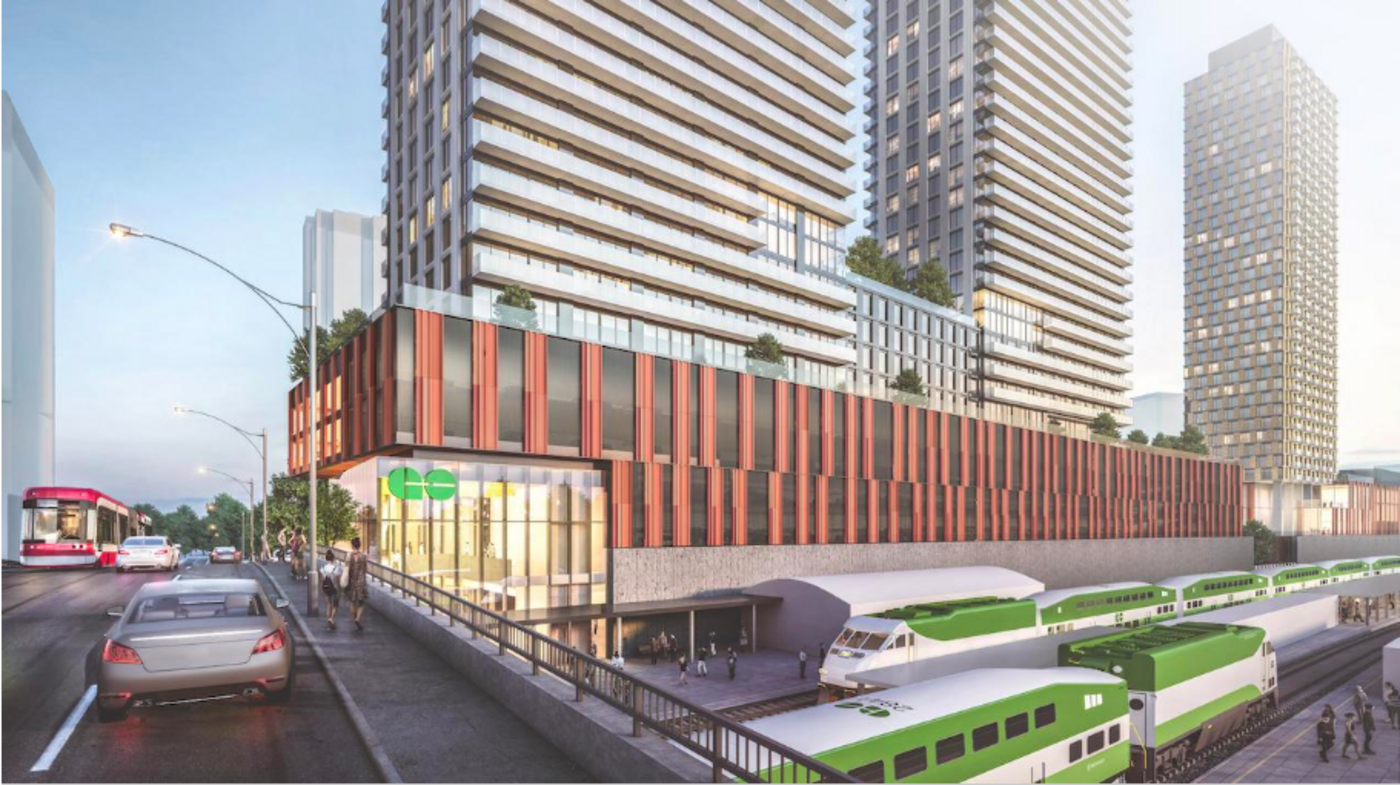 Adjacent to the new community centre, the plan also calls for a mid-block privately-owned public space that would improve connectivity to Danforth GO.

Residents will get a direct connection to Downtown Toronto to the west, or Scarborough and eastern GTA suburbs to the east.

by Olivia Levesque via blogTO
Posted by Arun Augustin at 10:26 AM