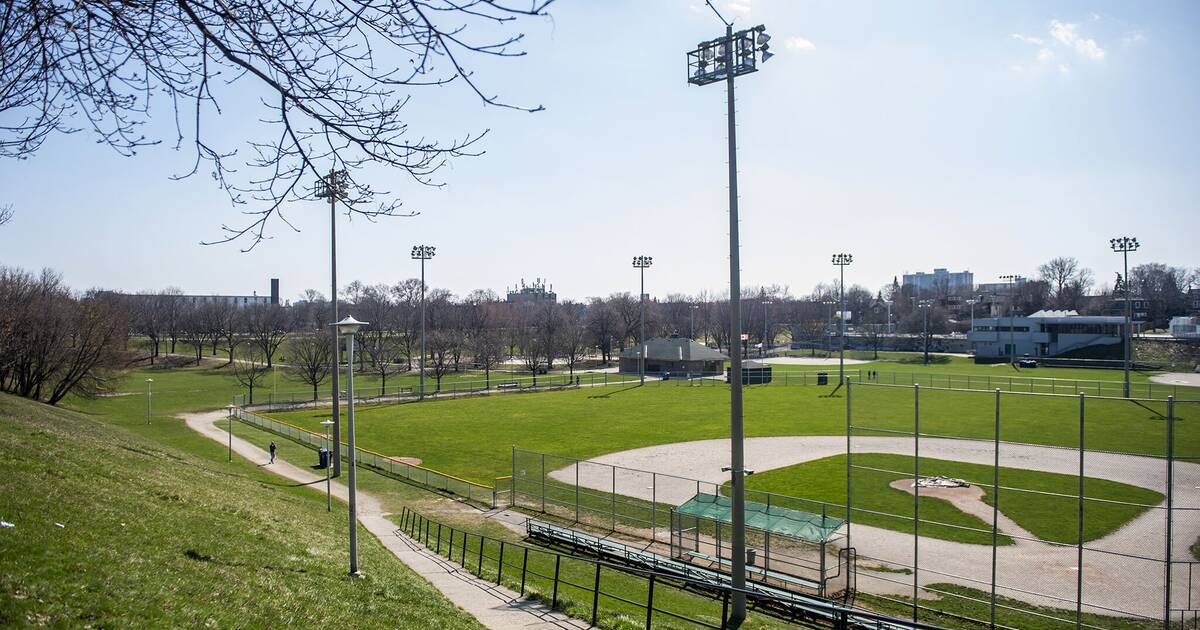 Toronto is set to see some of the nicest weather so far this year during the upcoming weekend, and it's certainly about time. But despite the appeal of soaking up all that vitamin D, Ontario's top doctor is reminding people to plan ahead and refrain from spontaneously going outside "on a whim."

Both Saturday and Sunday are forecasted to bring temperatures nearing 20 C to Toronto, which will mark the first taste of real summer-like weather the city has seen in many months.

Ontario’s chief medical officer of health, Dr. David Williams, says it's fine to go outside and enjoy it, but it's essential to plan ahead.

"On a weekend where there is good weather, I know it is very hard for people to stay inside," he said during a press conference Wednesday.

"My recommendation is that if you're planning to do some activities, then you need to plan to do them and plan them in such a way so that you don't compromise yourself by losing that physical distancing."

I expect this weekend's weather means we will sadly hear a lot of stories of entitled 'yahoos'. I hope the bylaw officers are out and ticketing.#covidontario#Toronto pic.twitter.com/5GjBsaZyid

Dr. Williams said the way to plan for a safe outdoor activity is by ensuring you don't go to places where everyone else will go, during hours when everyone will be doing the same.

"The planning part is important rather than on a whim. Because if you're on a whim, you're probably the same as 5,000 other people and you're out doing the same thing in the same place. That's not the plan," he said.

"If you have a walking path that is fully packed, there is no way you are going to maintain physical distancing."

He emphasized that it's important to always maintain a two-metre distance from others while outside, and he also encouraged people to wear face coverings to prevent from spreading the virus when around other people.

"I'm not discouraging people from going outdoors," he said, "...but do that in areas where you can seek to maintain your physical distance in that regard and plan it."

Hey #Toronto! I’m back at @TPSOperations this evening.

With the weather warming up this weekend, people are going to want to get outside for some fresh air & exercise.

Here are some tips regarding #PhysicalDistancing when exercising outdoors from @cityoftoronto.#StayHealthy🙏🏻 pic.twitter.com/IShHOtnlG1

During the same press conference, Dr. Williams and Dr. Barbara Yaffe, Ontario's associate chief medical officer of health, reiterated that city-dwellers should refrain from heading up to their cottages anytime soon unless they absolutely have to.

"If you don't need to go up then we would prefer you don't," Dr. Williams said.

Dr. Yaffe said residents of rural and cottage areas are still concerned with the idea of people flooding into their towns and bringing the virus with them. Currently, Greater Toronto Area public health units account for 59.2 per cent of all COVID-19 cases in the province.

"I think first of all there is some concern that people coming from the Greater Toronto Area, where the preponderance of infections exists, may have an asymptotic infection and bring it to that community where they haven't had very much infection," Dr. Yaffe said.

"I think another concern is that the healthcare system may not be equipped to deal with the number of people who come. They are concerned that there would be demands put on the local healthcare that may not be able to be met."

by Mira Miller via blogTO
Posted by Arun Augustin at 7:26 AM