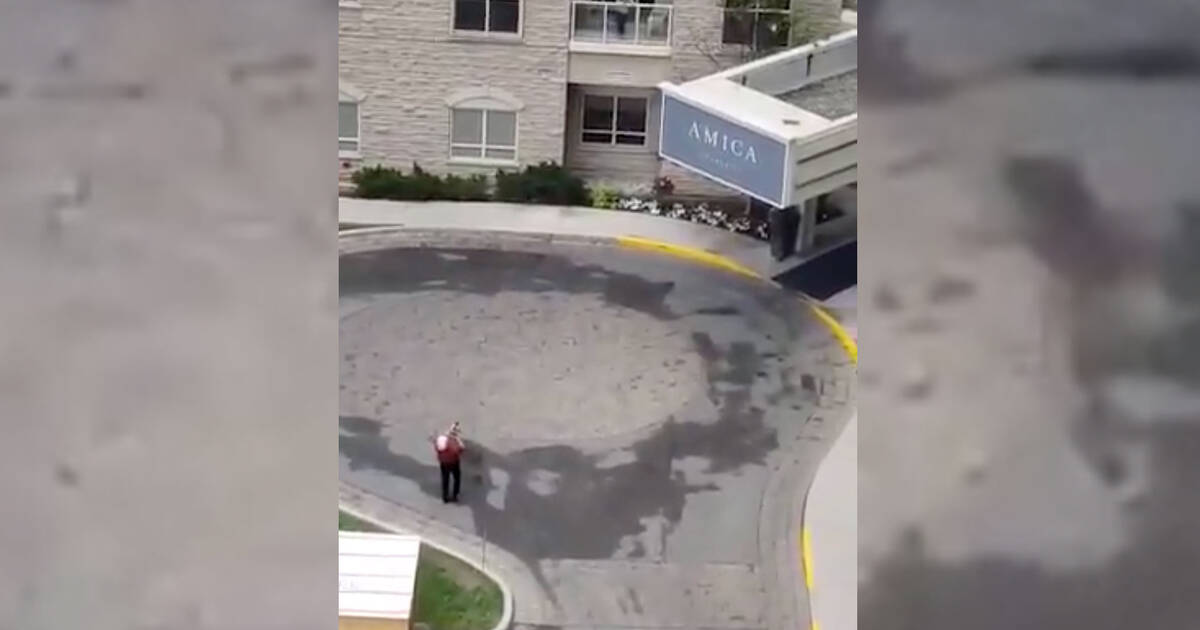 A group of seniors living at the Amica residence in Thornhill was treated to a special show yesterday when a saxophone player showed up to serenade them from the parking lot.

Djam Nuriev, who lives close to Steeles and Bathurst, was in her home when she first heard the music.

"At this time I was home and heard loud live music and ran to the balcony to see what's going on," she said.

"This saxophone player was playing beautifully and interacting with the seniors."

Nuriev captured the sweet gesture on video, and the footage shows the musician playing passionately along with a backing track while many of the seniors take in the music from their balconies.

Someone pulled out all the stops and performed to a group of seniors in Thornhill - 📹 Djam Nuriev #Thornhill #ourcommunityTO pic.twitter.com/KqrVXNFA3R

At one point, the saxophonist stops playing and begins making conducting movements with his hands, presumably in an effort to encourage the audience to sing along.

And later on, he can be seen taking out a Canadian flag to wrap it around himself before continuing to play.

The musician can be heard playing several traditional Jewish songs to the seniors, including an Israeli folk song called Hava Nagila.

"Many were in the balconies, clapping and enjoying it," Nuriev said.

"About an hour after, he went to the other side of the building to play for those who couldn't see him."

So while many seniors remain isolated in their homes as a safety precaution against COVID-19, at least these residents were provided with some beautiful music to brighten up their day.