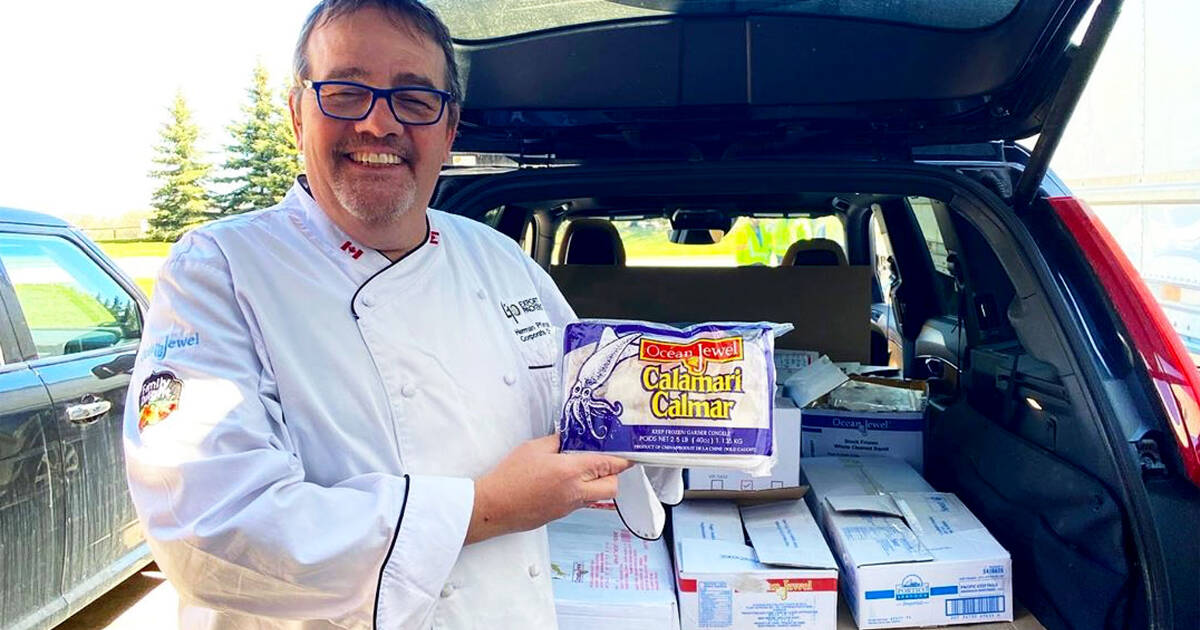 There are people going hungry all across the city and tons of restaurants and stores that end up throwing away perfectly good food just because of a best-before date.

Joanna Sable, who has been in the food industry her entire life, realized that this was a major problem and decided to do something about it.

She didn’t understand how perfectly good food could be going into dumpsters when there are so many hungry and homeless people in need.

Her mother has had a gourmet food company for 50 years and Sable herself became a chef and grew up believing that wasting food is something you just don’t do.

Between the boredom she began feeling at the start of the pandemic along with her obsession to not waste food, Best Before was born.

Best Before is an initiative focused on the prevention of food waste. Restaurants around the city are asked to keep a bin in their freezer with good food they can feed to people.

So far the organization has received donations from restaurants and food providers as diverse as Ocean Jewel Seafood, Propeller Coffee and Spaccio.

Founded by Sable just a few months ago, Best Before already has several wholesale suppliers and restaurant partners around the city.

Sable decided to work mainly with Seeds of Hope Foundation, a privately funded organization to help connect food to the hungry.

With Sable’s food industry connections, she reached out to restaurants to hop on her initiative and she’s received lots of positive feedback and solid partnerships.

One restaurant in particular, Garleek Kitchen, a Tibetan restaurant in Parkdale, tried donating their food to every church in the city to feed people, with no success.

“We reached out to hospitals, food banks, churches, and charities and none were accepting fresh meal donations,” Garleek Kitchen’s chef Karma and his wife Jenna told blogTO.

Sable immediately partnered with them after hearing about their struggles donating food and has been taking their delicious food to feed those in need.

“Why would it go in the garbage when it can go into someone’s mouth?” Sable told blogTO. “I told Garleek, ‘I’m taking your food!’”

Garleek Kitchen is just one of many partners of Best Before and says how committed Sable is to helping people.

“Joanna is great and her work is absolutely wonderful,” says Jenna. “She comes to the restaurant every Thursday to pick up food and drives it to Seeds of Hope.

Sable says she works six and a half days a week delivering food. When she isn’t out on food deliveries, she is offering free virtual restaurant consulting.

“Watching this industry die is about the most painful thing I’ve ever experienced,” she said. “I’ve been in the industry since I was zero.”

And although the pandemic is to blame for the restaurant industry struggling, Sable says she would not have started this initiative if it wasn’t for the global crisis.

“I needed to keep busy,” she said. “And now I get to meet and talk to new people and drive everyday.”

As something that started as a quarantine side project, Best Before has become an initiative where so many people and businesses get to come together to help the hungry access great and safe food.

by Sami Chazonoff via blogTO
Posted by Arun Augustin at 6:48 AM