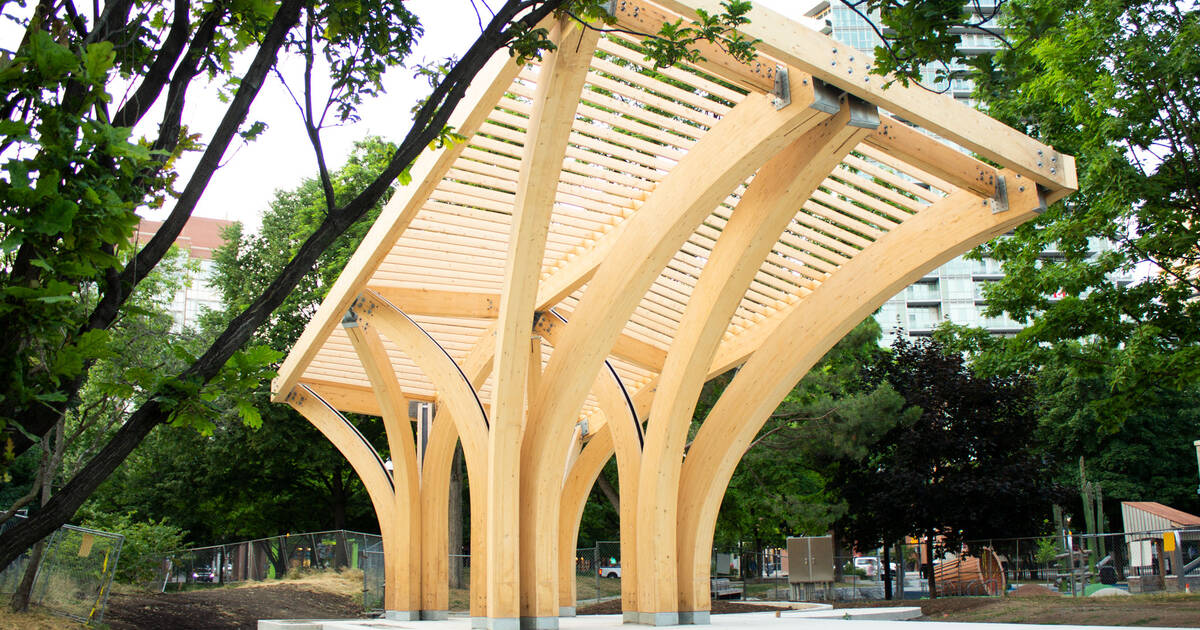 A downtown Toronto park near King and Church may no longer have its iconic old gazebo, but a new structure has just popped up in its place.

A new open-air pavilion now sits as the focal point at St. James Park, and though it's not yet open to the public, even from afar it looks pretty epic. 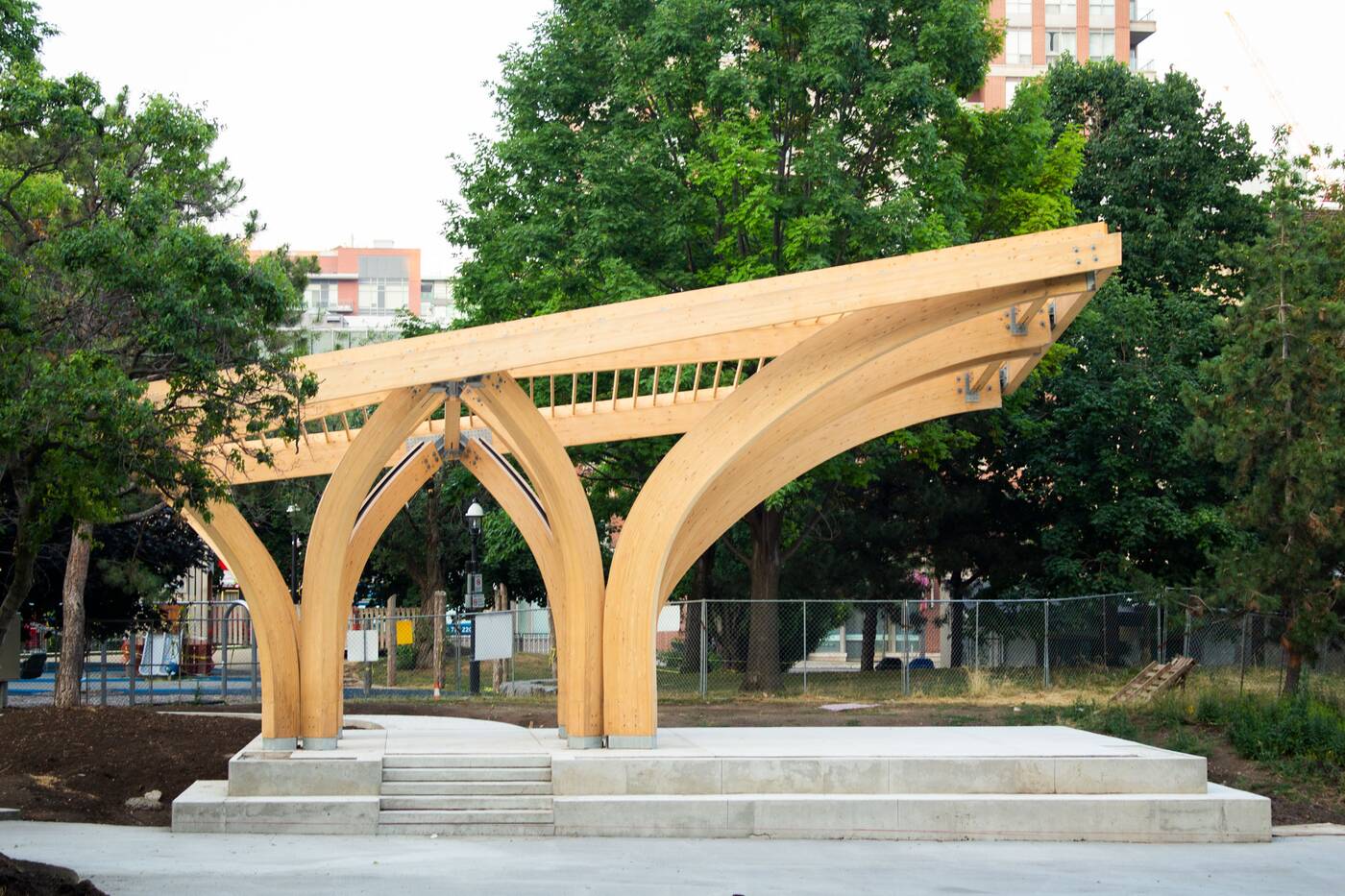 While the beloved bandstand will be missed, the new pavilion by RAW Design is made up of 16 glued laminated timber pieces.

According to the community group Friends of St. James Park Toronto, the new pavilion was partly inspired by the Gothic Revival architecture of the cathedral next door, with supporting beams creating a cross-like form that can be seen from above. 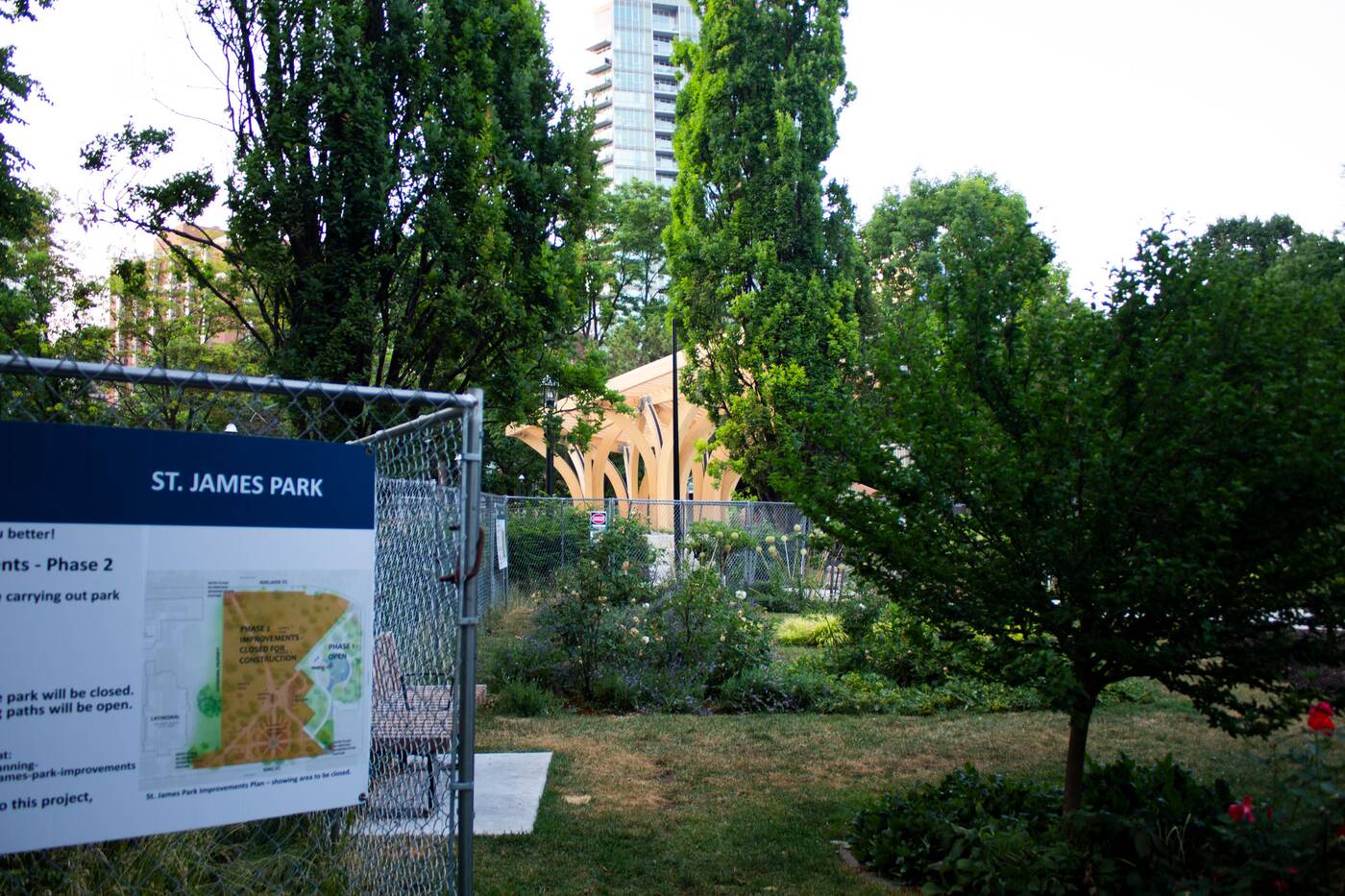 The park's revitalization project is ongoing, with new plazas, paths leading up to the pavilion, lighting, and trees to be planted.

It's unclear when the project will be finished — the sooner we get a new public pandemic-era hang, the better — though the city has said it should wrap up sometime summer 2020.