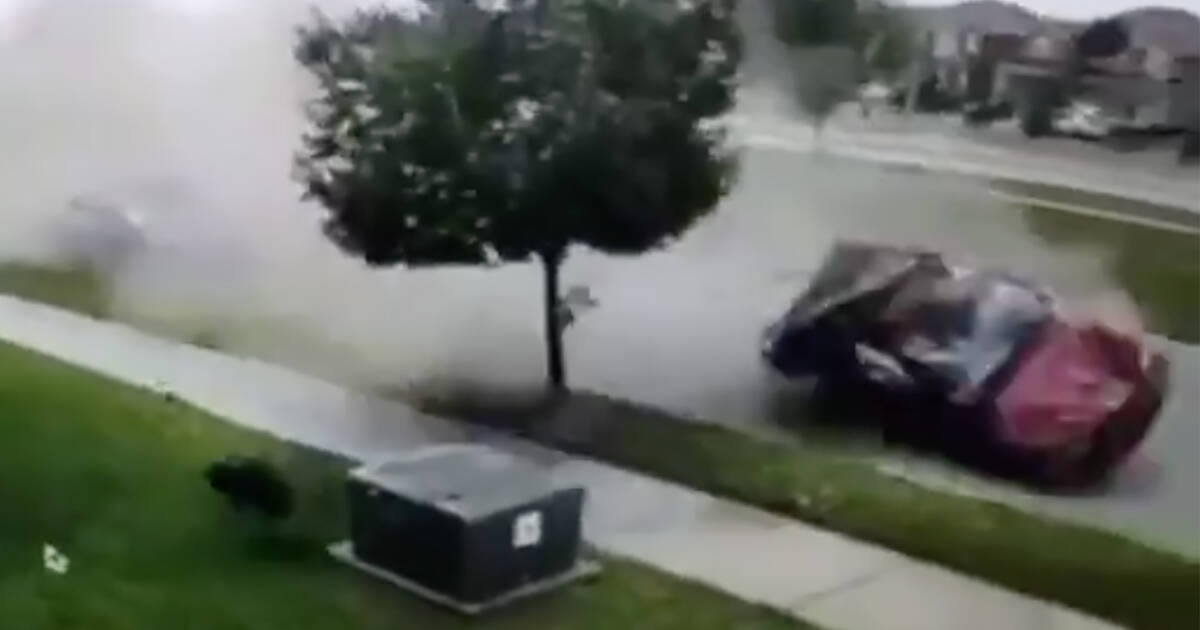 Somehow the driver of a car, which flew off the street, flipped multiple times, and landed on a nearby residential street in Brampton, is okay.

The man, reportedly in his 20s, has been charged after a dramatic crash captured on video by a security camera shows a car bursting through a fence and flipping repeatedly before crashing into a parked car.

The crash occurred around 2 p.m. on Wednesday after the driver apparently lost control of his vehicle on Williams Parkway and the car ended up landing on Commodore Drive.

Near the beginning of the video, the driver can be seen swerving several times as he tries to turn along Williams Parkway before appearing to lose control of the vehicle.

Reports did not confirm how fast the driver was travelling before losing control.

The man escaped with minor injuries and no one else was reported hurt. He has charged with dangerous operation of a vehicle.

by Lisa Power via blogTO
Posted by Arun Augustin at 10:48 AM