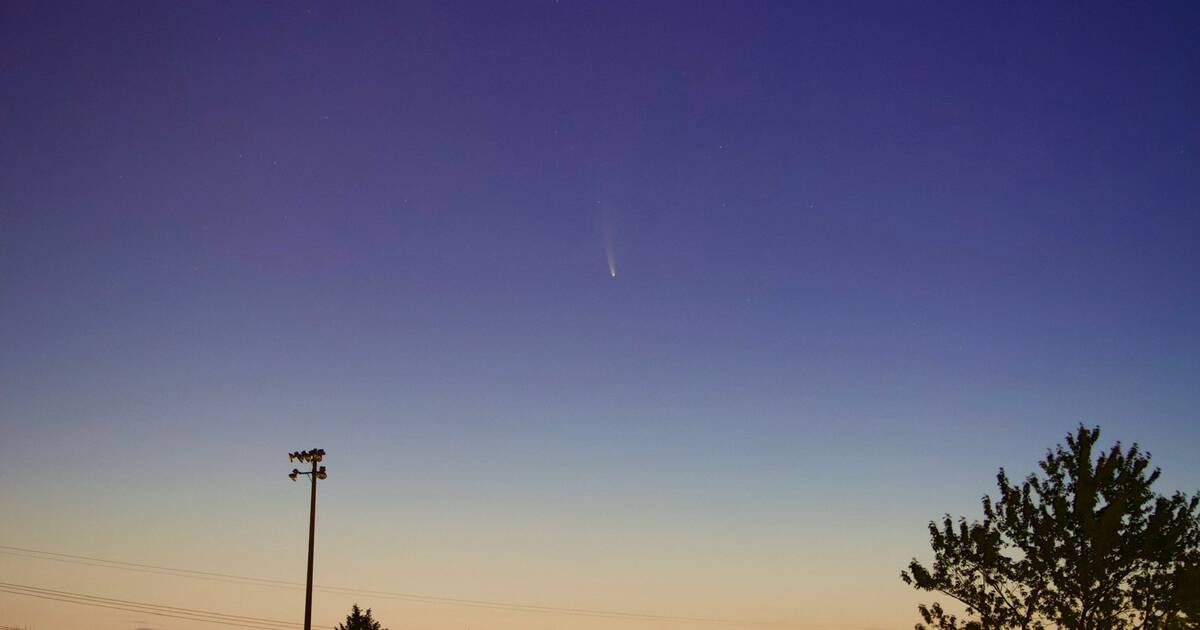 A new comet discovered by NASA's NEOWISE infrared space telescope back in March can be spotted in Toronto's night skies as it moves through space, and it's considered to be the brightest comet visible from the Northern Hemisphere in 25 years.

"A comet visiting from the most distant parts of our solar system is putting on a spectacular display," reads a NASA article about the comet from July 8.

"Named Comet C/2020 F3 NEOWISE, the comet made its once-in-our-lifetimes close approach to the Sun on July 3, 2020, and will cross outside Earth's orbit on its way back to the outer parts of the solar system by mid-August."

This is absolutely stunning and relaxing. Check out this comet rise of NEOWISE2020 which you can see yourself with the naked eye! Look North East around 4:30 AM for people in Toronto. https://t.co/QsOYgWkBSh

This past weekend, many Toronto residents rose in the early hours of the morning to catch a glimpse of the magnificent rock as it travelled through the sky, and many posted photos of what they witnessed on social media.

The photos show a colourful, peaceful sky with a small light shining in the distance.

Some images also show the comet's long tail, though NASA says using binoculars makes spotting this part of the comet much easier.

Comet NEOWISE from Toronto taken by me. This was a 6+ minute exposure pic.twitter.com/bYFtry4LmV

"Observers might be able to see the comet's central core, or nucleus, with the naked eye in dark skies; using binoculars will give viewers a good look at the fuzzy comet and its long, streaky tail," they wrote in the article.

"As it speeds away from the Sun, Comet NEOWISE will begin to make its appearance in the evening sky shortly after sunset on July 11 or July 12, depending on local conditions."

It's now been discovered that NEOWISE actually has twin tails: a lower tail which is "created when dust lifts off the surface of the comet’s nucleus and trails behind the comet in its orbit," and an upper tail (or ion tail), "which is made up of gases that have been ionized by losing electrons in the Sun's intense light," according to NASA.

The comet over toronto pic.twitter.com/io12MKrBJL

NASA says the comet's nucleus is covered with sooty, dark particles, which are left over from its formation around the time of the birth our solar system, 4.6 billion years ago.