Someone was spotted walking a pig in Toronto but is that legal? 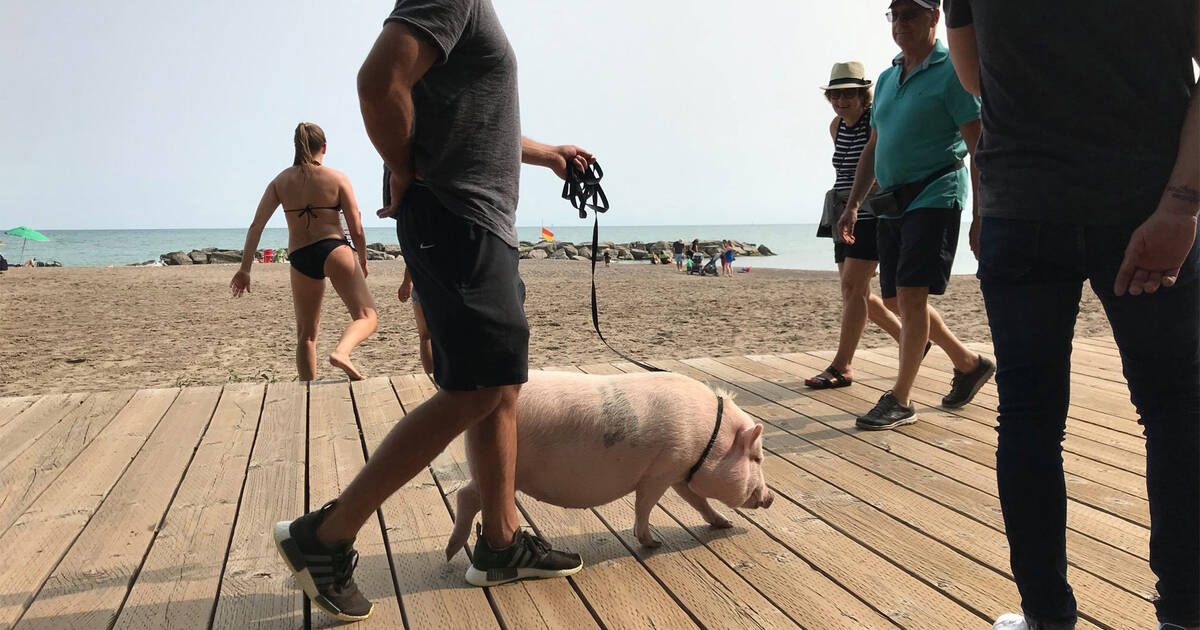 A pig in the city was spotted walking through Kensington Market recently, prompting two burning questions — is that legal? and, should I get a porky pal for myself?

Local photographer Nick Wons captured the little piggy quite literally going to the market with its owner earlier this week.

But it's not the first time a pig has been spotted out and about.

A pig, likely the same one judging by the owner's right arm tattoo, was seen strolling along the boardwalk in the Beaches last month and an image was posted to the Weird Toronto Facebook group.

According to the Toronto Municipal Code chapter on animals, pigs are considered a prohibited animal and may be seized by the city.

"[We] appreciate people become attached but their pet could be confiscated."

While some unique pet friends can be registered as emotional support animals in Canada if they qualify, it's usually recommended they wear some sort of gear, like a vest, identifying them as such.

by Lisa Power via blogTO
Posted by Arun Augustin at 1:48 PM