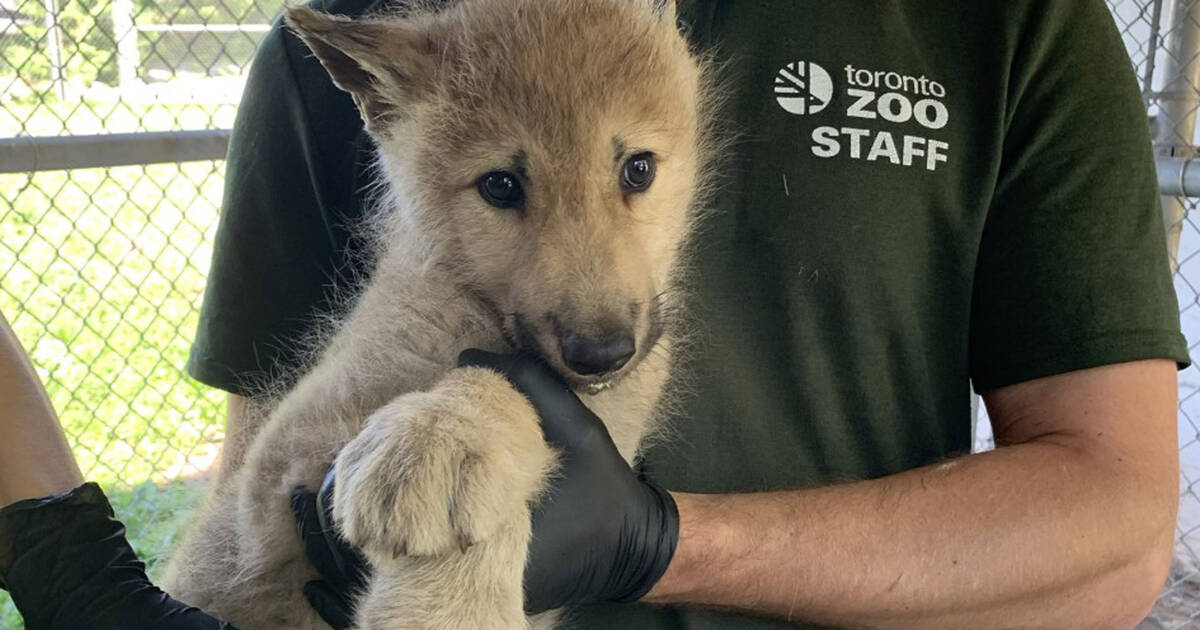 The Toronto Zoo's Arctic wolves have emerged from their den with a litter of pups — eight to be exact.

Over the last few months, Wildlife Care staff have been monitoring the wolf pack after noticing that one female, Dora, was exhibiting denning behaviour.

Our eight pups have names!🐾After being processed by our Veterinarian and Wildlife Care teams, the pups were sexed and there are six boys and two girls.

Staff knew that Dora had given birth to a litter, but they weren't sure exactly how many wolf pups had been born until now.

The babies have finally emerged from their den (they typically do so eight to 12 weeks after birth) and, unsurprisingly, they're adorable.

The zoo released pictures and names of all eight pups today, which were sired by Imiq, the pack's male wolf.

The pups were named thoughtfully by Keepers to represent their brave personalities, with 2 girls also having names that start with 'V' in honuor of Vera & one named in legacy of a good friend of the Zoo, a young boy named Hamza.

The two female pups were named with 'V' names, in honour of Vera, a female wolf that had to be put down in May after sustaining severe injuries in a fight with Dora.

The pup named Hamza was named to honour the legacy of a young boy and "a good friend of the Zoo". Naturally, the appearance of these babies (Dora's and Imiq's third litter together) are making animal lovers gush.

While you won't be able to walk through the Toronto Zoo and see these babies up close and personal, you might be able to catch a glimpse of them during the Zoo's new drive-thru.