Toronto isn't going to do anything about overcrowding at city beaches 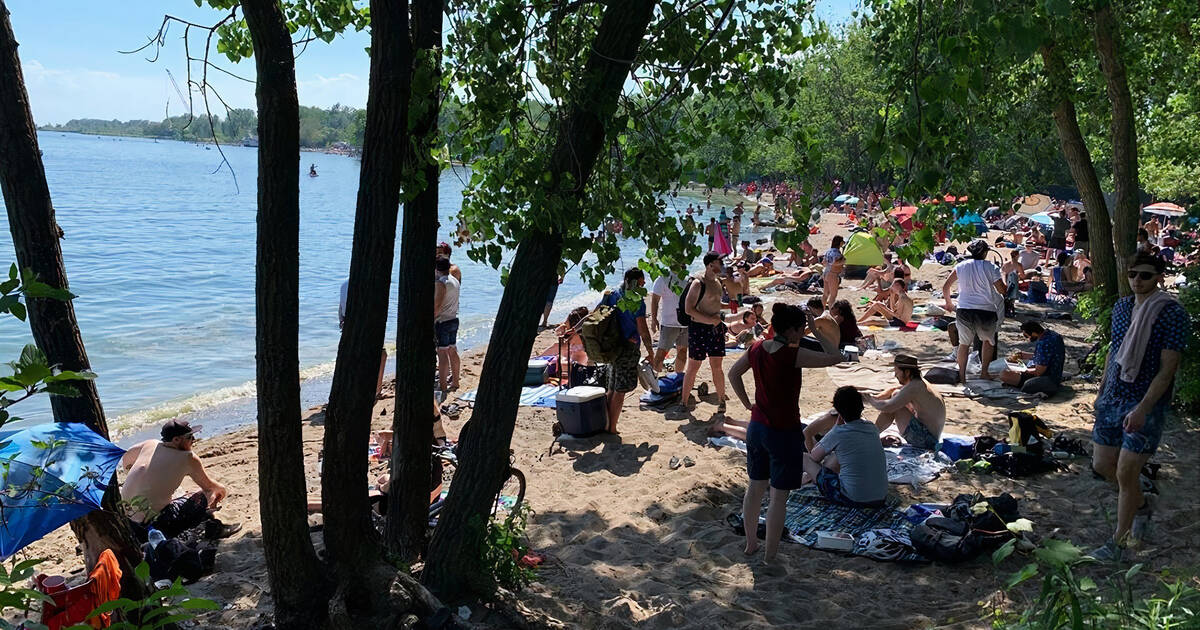 As Toronto enters into another beautiful summer weekend (complete with heatwave), residents are inevitably going to be flocking to parks, patios and beaches to get outside and enjoy the weather while they can.

And, despite recent incidents of overcrowding and really poor physical distancing at the city's waterfront areas — and with destinations like Wasaga and Sauble unfortunately no longer in the cards — Mayor John Tory is still not planning on implementing any new closures or rules for Toronto beaches.

Instead, he's going to trust residents to make the right decision if they head to the beach and see dangerous numbers of people: to instead go home, or at least or somewhere a little less busy.

"I think a lot of it just has to do with common sense as opposed to us trying in a city of three million people to close beaches on the hottest days of the year," he told CP24 on Friday.

"If people regulate their own behaviour and cast an eye and see that if it is a crowd scene when they get there, then they probably shouldn’t add to it."

He added that he wants citizens to stay healthy and safe but also to have "a good time in the summer."

Virtually everyone is by now familiar with the recent weekend when Trinity Bellwoods looked more like Coachella than a city park during a pandemic, and the few times Woodbine Beach has turned into an unofficial outdoor club (with Cherry and Sunnyside beaches not looking any better).

Though the new social distancing circles at Bellwoods seem to actually be helping to prevent further chaotic gatherings, there has yet to be any similar measures for places like beaches, even though nearby municipalities are considering options like fixed time slots for beachgoers.

These are the rules for what you can do at beaches in Ontario right now https://t.co/77m8mlMP7r #Ontario #Beach #Beaches pic.twitter.com/7Fo9FbFGXc

Lest the mayor's faith in us be completely misguided, perhaps ensure you have a backup plan or five before going to one of the city's outdoor public spaces this weekend because, knowing Toronto, things will likely be pretty packed.