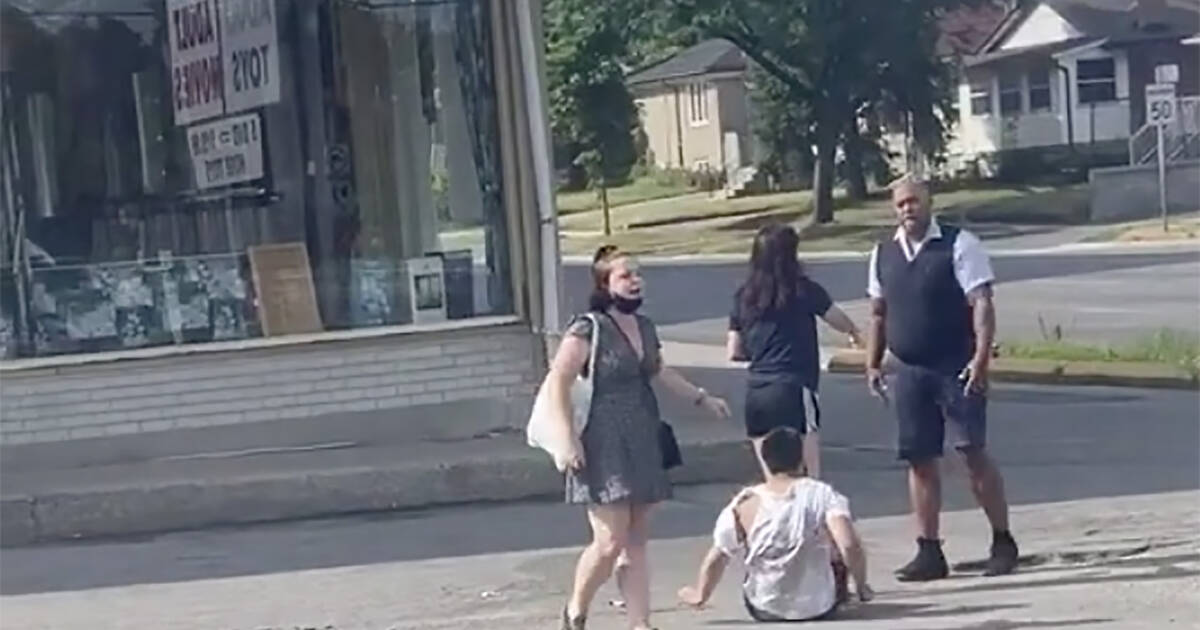 A video has surfaced online that appears to show a TTC vehicle operator engaging in a physical altercation with a passenger who allegedly spat on him.

The video posted to Reddit by user TorontoPoliceCar with the title "TTC driver gives the beats to passenger who spit on him" appears to show the driver throwing punches and kicking a man in a white shirt.

The video posted to Reddit appears to be made up of two clips, both shot from inside the bus. The second clip posted to TikTok user @alraheem786's profile claims the altercation was sparked over fare evasion.

A TTC driver had an altercation with a passenger who allegedly spat on him - 📹 Al Raheem https://t.co/5XSGBnuzpm #Toronto #TTC pic.twitter.com/eXGNHKSXCK

"We became aware of the incident when the operator reported being assaulted by a customer who spat on him," Green said.

"As is standard practice, we are investigating and encourage anyone who witnessed it to share their information with us."