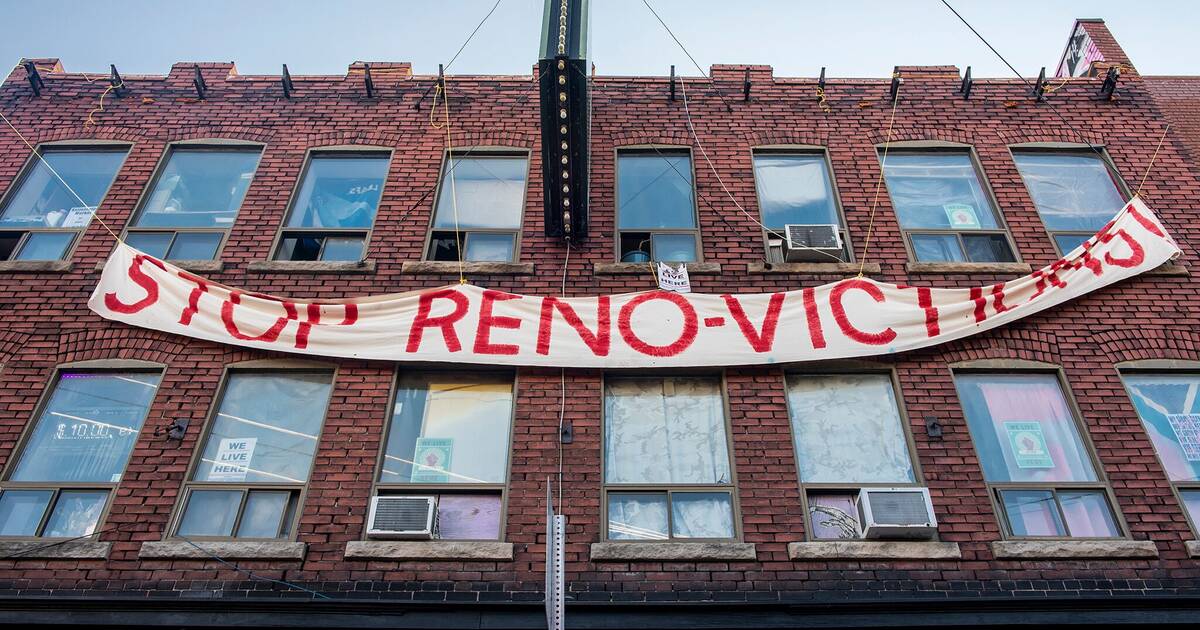 Property owners who are looking to thwart Ontario's pesky rent control laws can now turn to a popular bargain hunting forum for advice on how to squeeze more cash out of their already-struggling urban tenants.

"Ways landlords can get fair market for 'wynned' (rent contriolled) units," reads the title of a post on RedFlagDeals.ca, referring to Liberal Premier Kathleen Wynne's 2017 expansion of rent control protections from only units built before 1991 to all private rental units in Ontario.

Those protections have since been modified under Doug Ford's PC government, but rent control still applies to any unit occupied as a residence prior to November of 2018.

The system remains crucial for many young people and low-income residents in Toronto who, without rent control, would likely be forced out of the city due to skyrocketing rent prices.

Of course, it's also inconvenient for landlords who wish they could hike up rents as fast as market prices are rising.

Hell of a thread on a popular Canadian deals forum where landlords are sharing strategies to kick tenants out of rent controlled units and jack up rents. Glimpse into a different world. pic.twitter.com/PnTY6Vrvmm

"Some believe that the new rules mean that landlords under older leases are stuck and have to accept getting well under market rent for their investment," reads the aforementioned forum post, created on August 1 and surfaced on Twitter by Toronto journalist Matt Elliot this week.

"I have either done, am doing or have heard of other landlords doing the following," continues the original poster:

The OP, whose handle is JayLove06, goes on to advise landlords that they could also either move their own children into occupied units or tell current tenants they're putting the place up for sale.

"Some tenants will just move. Others may call your bluff and wait it out," the post reads. "Talk to your tenant and work out a deal for them to pay more. This has worked before with reasonable tenants. Not so much with unreasonable ones."

It's a pretty damning testimony given how serious (and potentially costly) evicting someone without sufficient cause can be for property owners.

Do these folks not realize that their tweets and internet posts could be used as evidence against them in a LTB or Court hearing?

Under the province's Residential Tenancies Act, landlords could be fined up to $25,000 for lying about needing a unit for their own use, the use of a family member or for an immediate sale.

What's perhaps even more disturbing than the original post is how many people are replying with tips and advice of their own.

"It is simply far better to Airbnb if your home is Wynned," wrote someone with the handle Applesmack on August 2.

"Not only is wear and tear from Airbnb much lower than from a tenant you also make far more money... Even if you in an area where it is illegal the chance of being caught is extremely extremely low if you run the unit properly."

"What the jealous individuals and bears do not understand is condo investing, like many other undertakings, is a business," wrote another forum member.

"We don't exist to subsidize your life. Go buy your own condo if you are just going to complain."

We would if we could, buddy. I assure you.

by Lauren O'Neil via blogTO
Posted by Arun Augustin at 11:17 AM