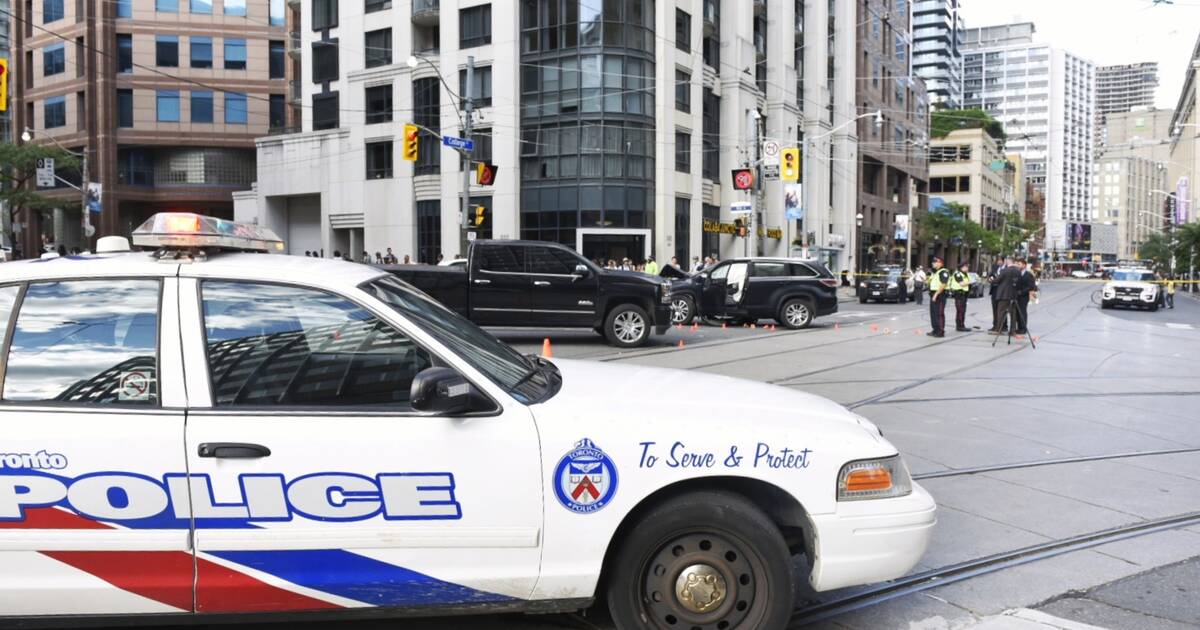 Toronto police just released new information on the brutal collision that shut down a major Toronto intersection during rush hour yesterday, and it's not pretty.

The accident, which happened just after 3 p.m. yesterday at Bay and College, was caused by an Uber driver who ran a red light, according to investigators.

College and Bay closed due to serious crash. Several people to hospital. If you saw what happened contact @1800222TIPS or 416-808-1900. Please avoid area over rush hour. @TrafficServices is at scene for media ^bm @TorontoPolice @OACPOfficial @TPScott_baptist @DeputyPeterYuen pic.twitter.com/MdvZvsidtE

Police say a 54-year-old man was driving a 2015 Toyota Highlander north on Bay St. at College St. when he failed to stop at a red traffic light, causing him to collide with a 2014 Toyota Corolla traveling west on College St. as well as a 2017 Chevrolet Pick Up going in the same direction.

The man also struck four pedestrians in the process — two of which were carried into the intersection by the vehicle.

The driver of the Toyota Corolla, a 24-year-old woman, was also taken to the hospital with injuries but is currently stable.

The news of three women pedestrians and a child all taken to the hospital this afternoon after a collision at Bay and College is heart breaking. We must be safer on our streets. #VisionZero https://t.co/52G1jAJLnS

Police say the investigation is ongoing by members of Traffic Services, and they're asking local residents, businesses, drivers, or anyone in the area who may have observed what happened or have security or dash camera footage of the area or incident, to contact investigators.

The crash comes after a series of fatal collisions this week in Toronto, and many are saying we must do everything possible make our streets safer.

by Mira Miller via blogTO
Posted by Arun Augustin at 8:09 AM