Two new boutique hotels could be coming to Toronto's Chinatown 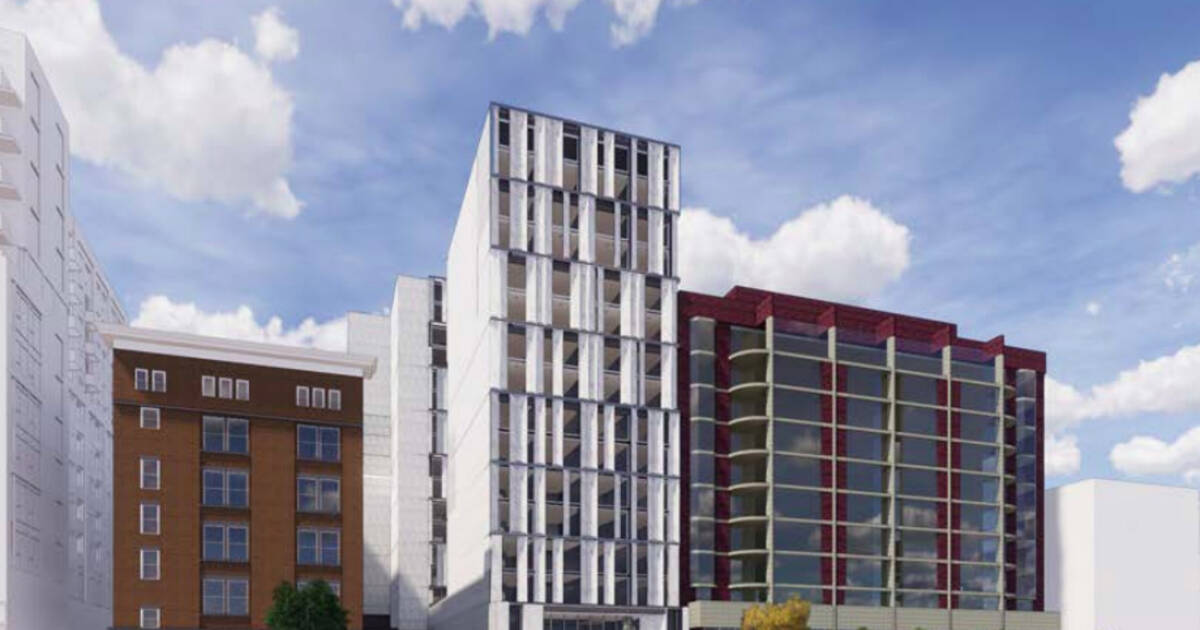 Manga Hotels is moving hard and fast into downtown Toronto with plans for a new pair of boutique hotels on Spadina Avenue near Queen Street — just a few blocks away from where the same company proposed two different hotels last month.

Working with Sweeny & Co Architects, which is also behind the proposal for Manga's ultra-colourful planned Fashion District hotels, Manga has submitted a new zoning bylaw amendment application with the City of Toronto for 184 Spadina Ave.

Planning documents reveal the Mississauga-based hotel operator wants to build two "slender" towers of 15 and 17 storeys on the site conjoined by a shared, three-storey podium. 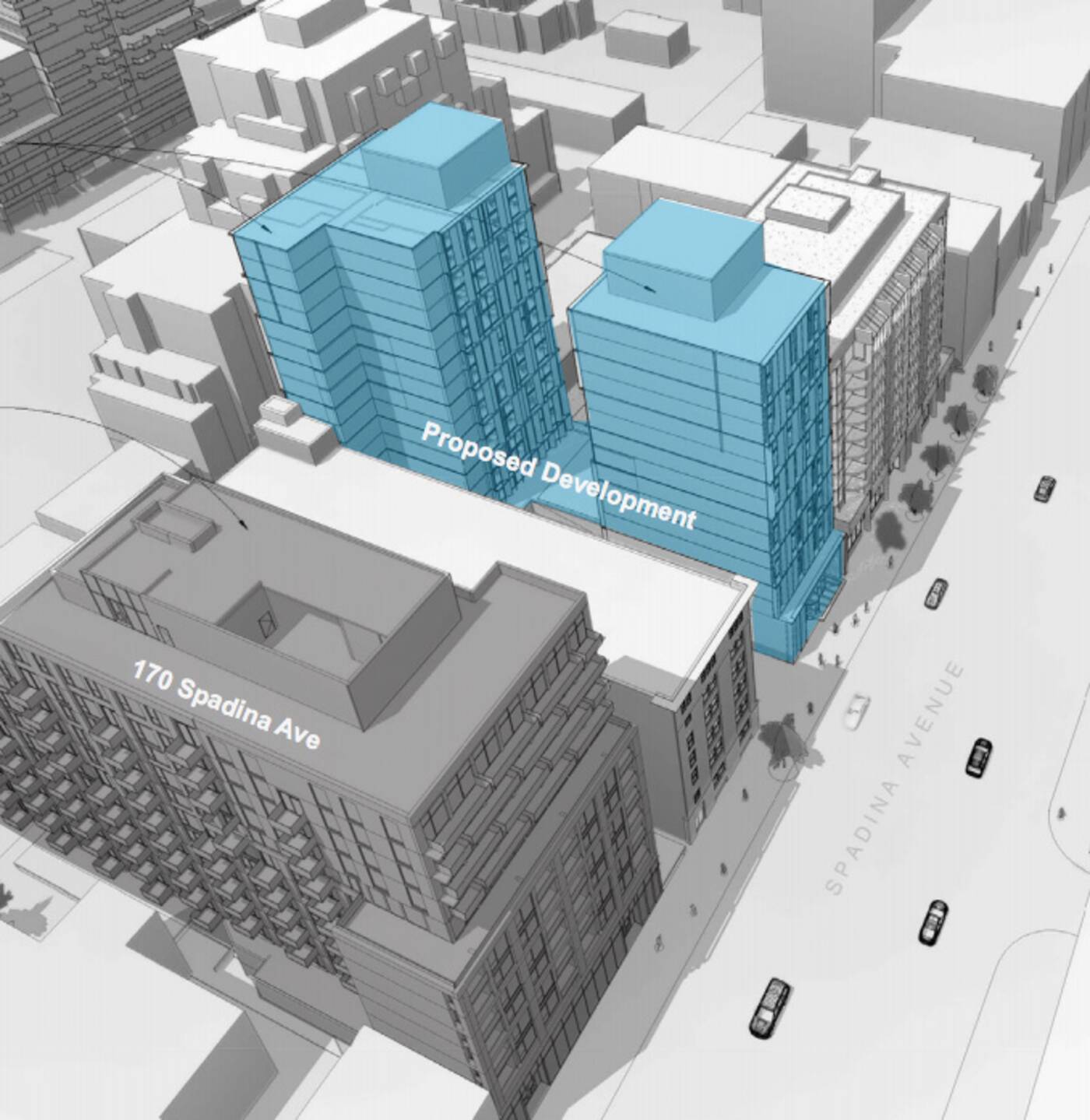 The hotel would be located in what's currently a parking lot on Spadina Avenue just north of Queen. Image via City of Toronto/Sweeny & Co Architects

Currently occupied by an L-shaped surface parking lot between Spadina and Camden Streets, the development would occupy a prime piece of real-estate in Toronto's booming downtown core.

The boutique hotel duo would not only add an extra 264 lodging spaces to a highly-frequented and tourist-heavy area of town, it would also bring a new bar and restaurant space to the ground floor.

"A key feature and focal point of the hotel will be a combined restaurant/bar area at-grade as well as a larger dedicated restaurant on the second floor," reads the proposal. "The proposed bars and restaurants will be available to both the public and hotel guests." 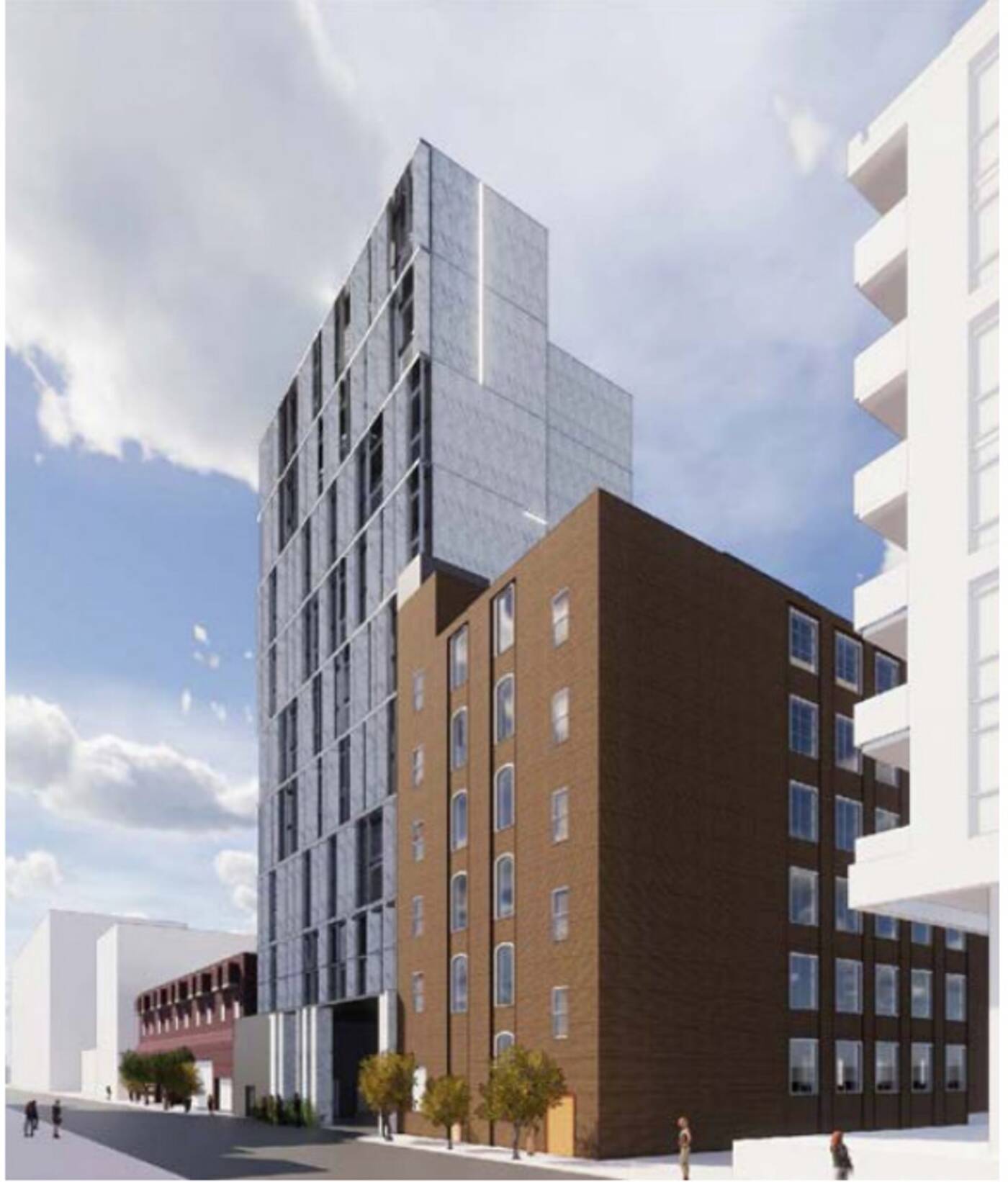 A view of the proposed hotel looking South. Image via City of Toronto/Sweeny & Co Architects

Design-wise, the goal is to "emulate the existing and emerging character along Spadina Avenue."

"The building is oriented towards the street," the proposal continues.

"And together with improvements to the public realm, will represent a significant improvement over a vacant lot and current pedestrian conditions, with the establishment of a highly transparent ground floor and attractive building design."

by Lauren O'Neil via blogTO
Posted by Arun Augustin at 1:37 PM