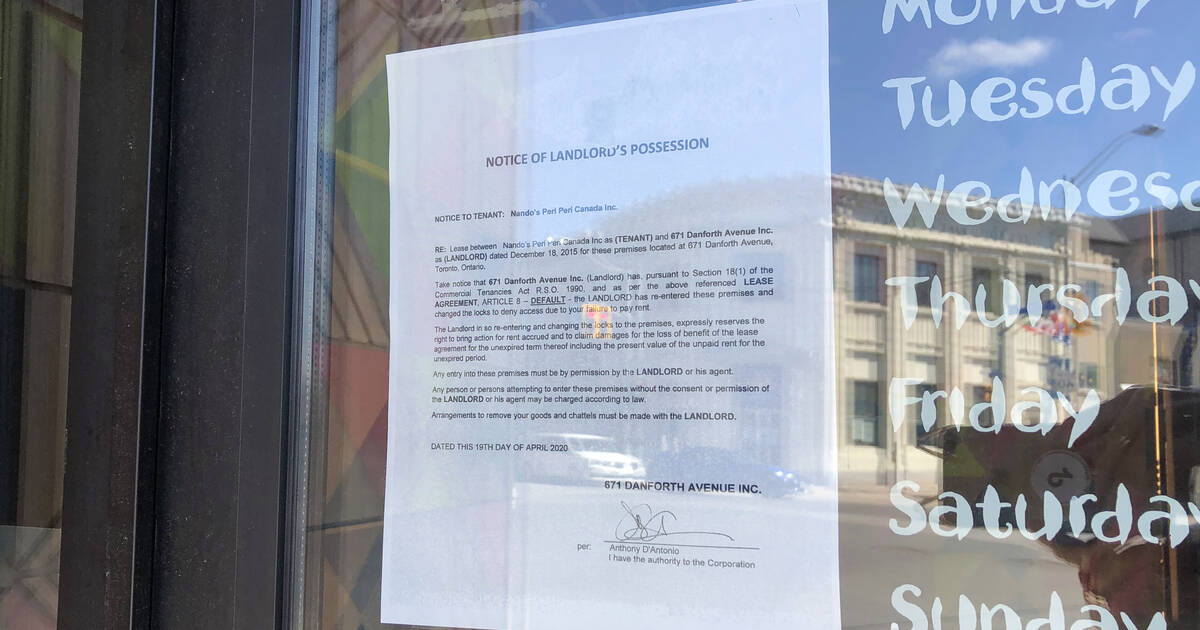 A popular fast-casual chain known for its peri-peri chicken has been booted from one of its largest Toronto locations amid the pandemic-mandated closure period of non-essential businesses.

The Nando's at 671 Danforth Avenue, just steps from Pape Station, is  currently shut down to the point where it can't even continue takeout service after having its space re-possessed by the building's landlord.

"The landlord has re-entered these premises and changed the locks to deny access due to your failure to pay rent," reads one of several notices posted to the business's front door this week.

"Any entry into these premises must be by permission by the landlord or his agent," continues the letter, dated April 19. "Arrangements to remove your goods and chattels must be made with the landlord." 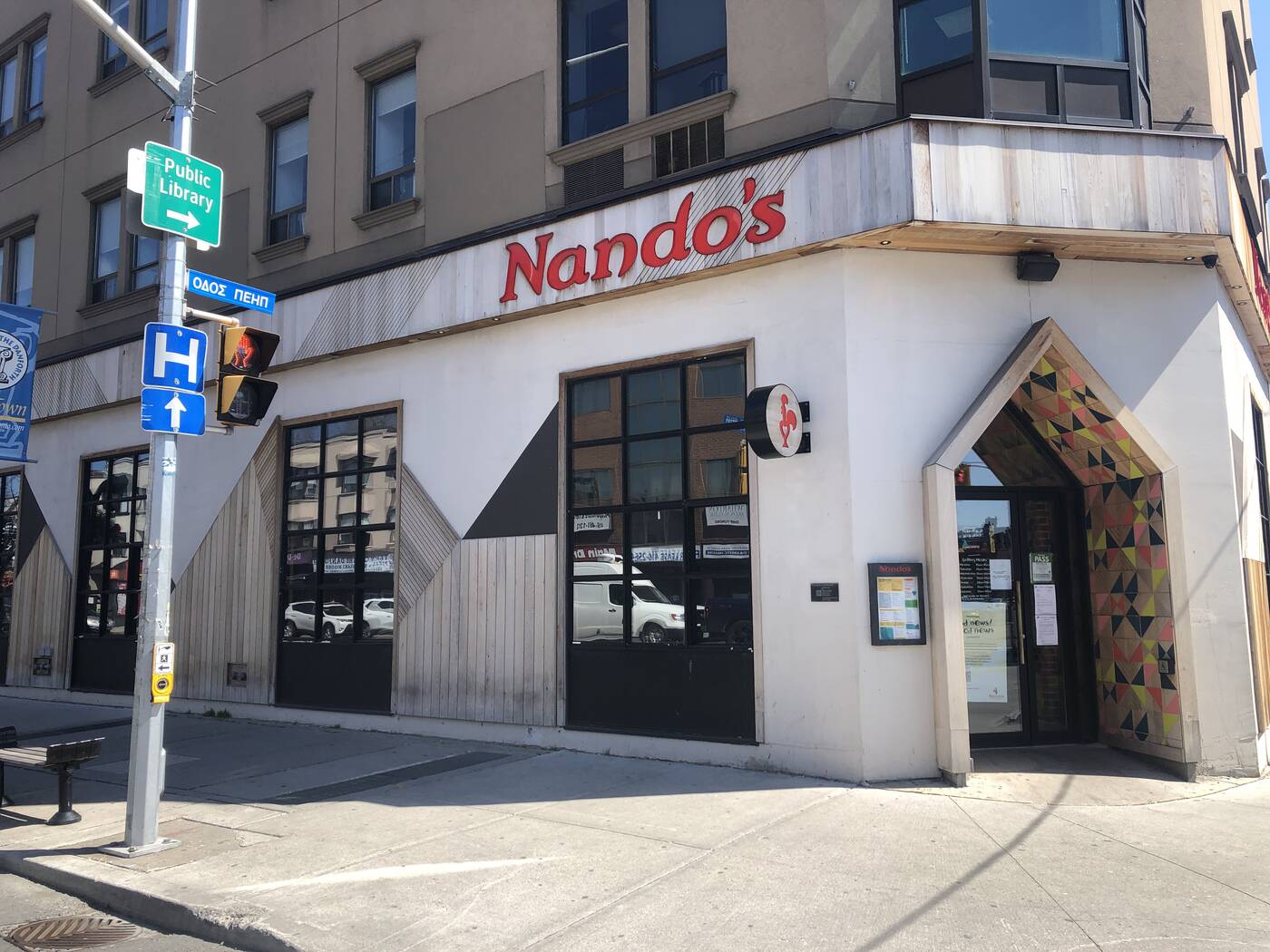 A separate document posted to the front door of the chain, which is headquartered in South Africa, states that Nando's Peri Peri Canada Inc. owes $23,154.30 in back rent and operating costs on its Danforth location.

"We are writing to advise that as of today's date, rent for the month of April 2020 remains outstanding," reads that document, signed by Spectrum Property Management and dated April 13.

Some in Ontario would disagree with the "no alternative" part of that statement.

"Nando's Peri Peri restaurant at Pape and Danforth taken by landlord. Another business closes," tweeted Toronto-Danforth MPP Peter Tabuns on Wednesday of the situation. "[Doug Ford] needs to step up — a 4 month moratorium on commercial evictions and rent subsidy grants, not loans." 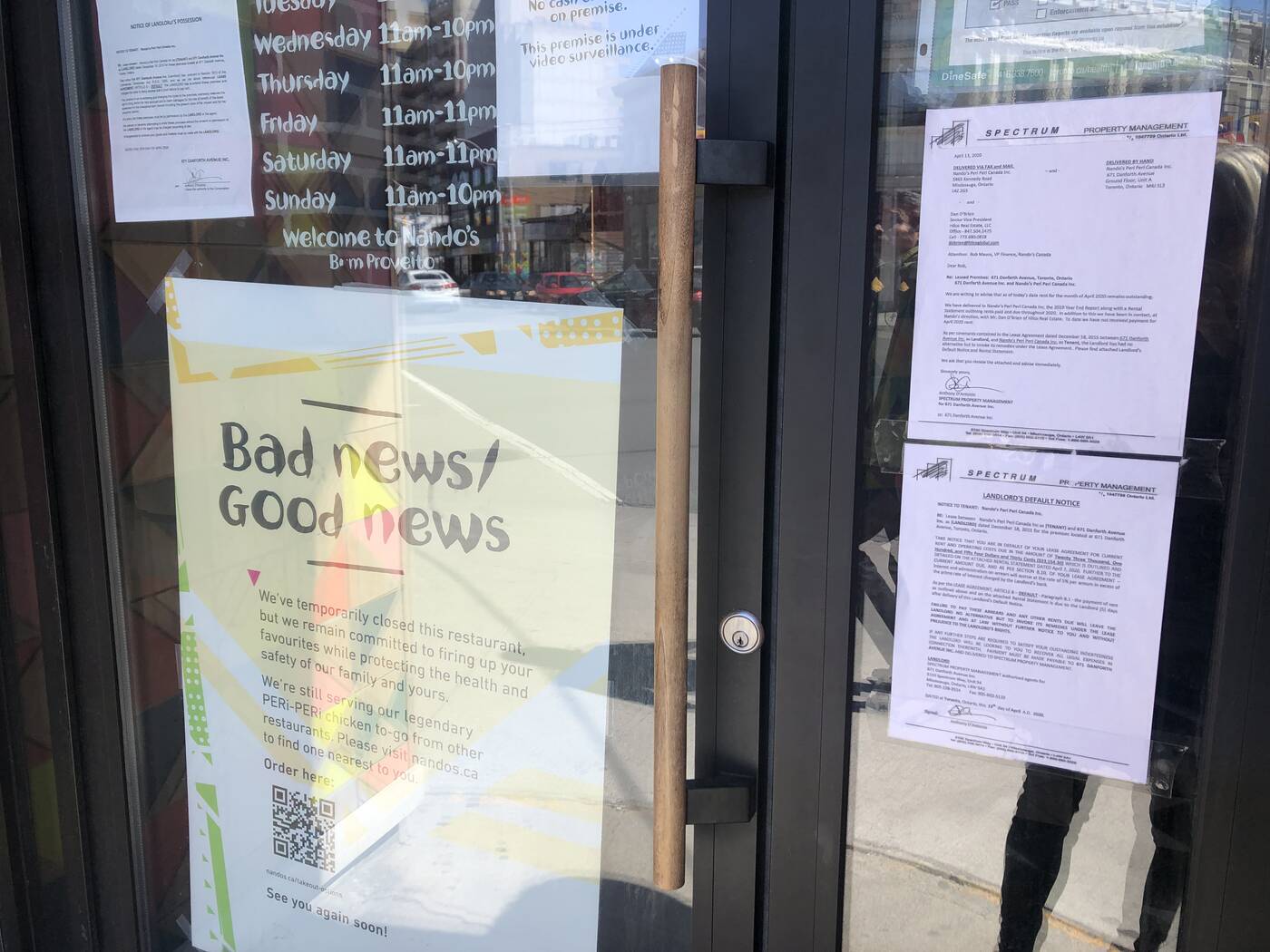 Tabuns similarly broke the news last week that popular Toronto tiki bar The Shore Leave had been evicted for failing to pay rent, writing that "this could have been avoided."

He and others have been calling upon Ontario's provincial government to step up and protect struggling local businesses, many of which have now been forced to stay closed for more than a month under strict emergency orders.

The federal government's Canada Emergency Business Account (CEBA) and the Canada Emergency Commercial Rent Assistance (CECRA) packages, helpful as they may be, simply won't be enough to save many in a city like Toronto where commercial rents are soaring.

Nando's has yet to reply to a request for comment regarding the chain's Danforth location, but you know things are harsh when a company endorsed by the freaking Kardashians struggles to pay rent.

by Lauren O'Neil via blogTO
Posted by Arun Augustin at 2:05 PM