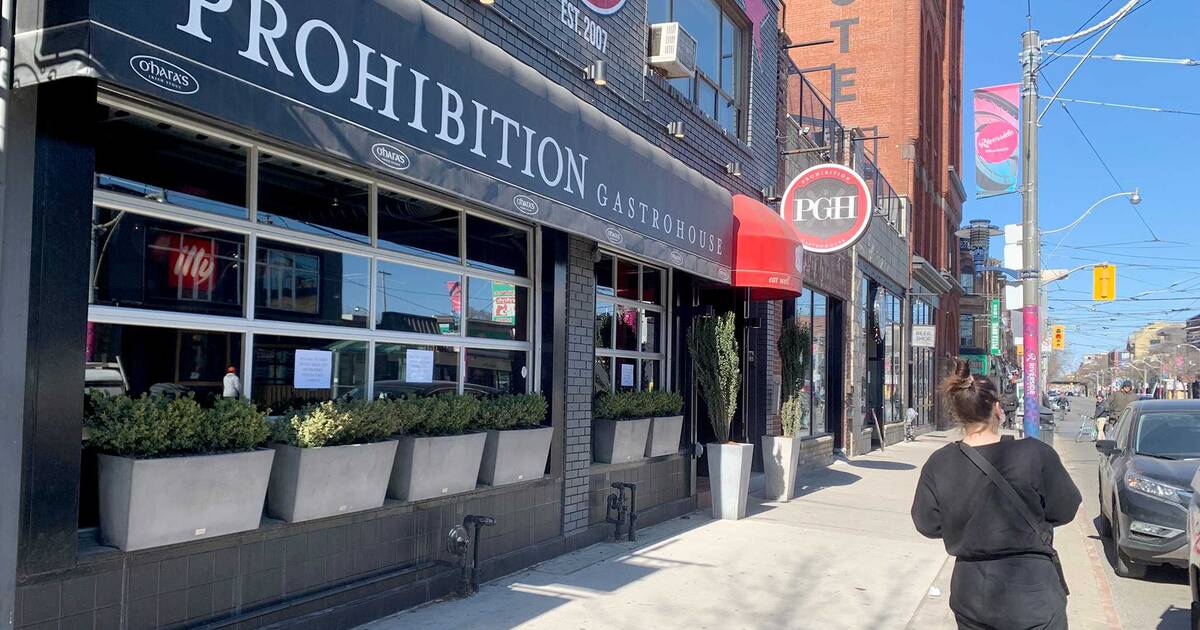 Prohibition Gastrohouse, an institution near the corner of Queen and Broadview, is out of business after 13 years in Toronto.

This comes five months after the gastropub closed its sister restaurant near Yonge and Eglinton due to the street's notorious construction. “That was millions of bucks for us,” Summerfield says.

Earlier this year, Summerfield and his team refocused their efforts on the Queen East location. But then the pandemic struck.

Summerfield predicts that what happened with Prohibition Gastrohouse will happen to other small businesses across the city. “You're going to see at least half the restaurants go down, especially ones that are my size.”

“The mom and pops can probably do it — they're small and they run it themselves and work it themselves, and make some sort of deal with the landlord,” Summerfield suggests.

There are many factors that came together for the perfect storm against Prohibition.

“Restaurants have ‘razor thin margins’, five to 17 per cent depending on your food to alcohol ratio,” he says. “You can barely make a go out of it if you're functioning at 100 per cent. [Once] social distancing comes into effect, how are you going to do it at 30 per cent? It's impossible.”

Many restaurants that have remained open during recent weeks offer delivery through a third party app like Uber Eats or SkipTheDishes, but everyone knows this isn't a winning formula. Even Mayor John Tory has called on the app companies to lower their hefty commission rates.

“The whole concept with Uber and SkipTheDishes was [they were] an ancillary source of revenue,” Summerfield says.

The conceit with providing delivery through these apps, which generally take a 30 per cent commission, is it presupposes that a business is already able to pay its rent, staff and hydro bills.

The food delivery app customers are meant to be just an additional source of revenue, as opposed to the only source. According to Summerfield, this is actually how apps like Uber Eats and SkipTheDishes justify their services initially to restaurant owners.

“But if that's your sole source of revenue and you're relying on them to be your facilitator for delivery, what's the point?” Summerfield says. “You're losing money.”

“I think fundamentally now the whole industry is flawed,” he adds. But this doesn’t have to be a bad thing. “[There are] opportunities obviously for people to figure out how to make it work within the environment that it's soon going to be.”

And the environment that we will have once all of this is over will be different from what we have known. Summerfield thinks this pandemic is going to have a long-lasting impact on society and how we behave, especially when it comes to the dining-out experience.

“I suspect it's going to take a long time,” he predicts, talking about returning to a normal we knew before the outbreak.

“When is just this part of it going to end, when we can actually open our doors? I don't know. And then once we are able to open them — if social distancing is in effect and you're six feet apart, how are [businesses] going to make any money?”

As for his future, Summerfield has some projects up his sleeve.

“There's a couple of things I'm working on, but it won't be what I was doing,” he says. “But you know, I lost everything. I lost my house, all my money. It's gone. I was a multimillionaire six months ago. Now I've got nothing.”

And the grim reality is, this is “going to be a common story,” he says.

by Alisha Mughal via blogTO
Posted by Arun Augustin at 6:35 PM