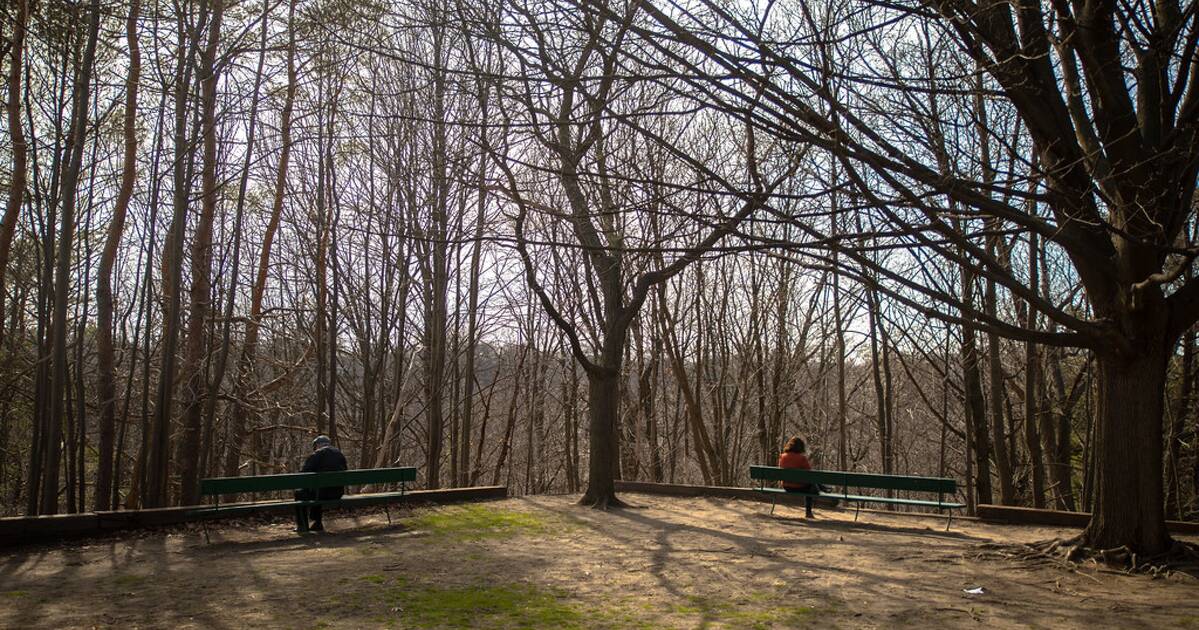 Toronto bylaw and police officers have been out in full force in recent weeks issuing tickets to those caught not complying with social distancing measures, but some residents haven't been too pleased with the fact that people have received massive fines for simply sitting on park benches.

In light of this, the city has announced that while they will continue to enforce park closures, tickets will no longer be issued to people sitting on benches.

City councillor Ana Bailão made the announcement on Twitter Wednesday and tweeted a link to a fact sheet about city park restrictions.

"The City will no longer be issuing tickets to people using park benches," she wrote. "Please keep in mind benches are not sanitized. People may unknowingly spread the virus by sneezing or touching the bench."

The City will no longer be issuing tickets to people using park benches. Please keep in mind benches are not sanitized. People may unknowingly spread the virus by sneezing or touching the bench. More info: https://t.co/wMvxTFh9dc

The fact sheet reiterates that, while park and ravine green spaces remain accessible, all amenities within city parks are closed.

"At this time, the park is not meant to be a destination like it used to be. People can walk/run there, get some exercise and then keep moving," the fact sheet states.

The document also includes a section specifically dedicated to park benches, in which it refers to them as "a place for temporary respite, not a place to linger."

It goes on to confirm that the city won't be issuing tickets to people for using park benches anymore, but that residents should still refrain from congregating on them.

As it stands, residents caught breaking rules other than sitting on a bench — such as using other park amenities or not maintaing a physical distance of at least two metres between people who don't live together — can receive a fine anywhere between $750 and $5,000.

by Mira Miller via blogTO
Posted by Arun Augustin at 2:21 PM