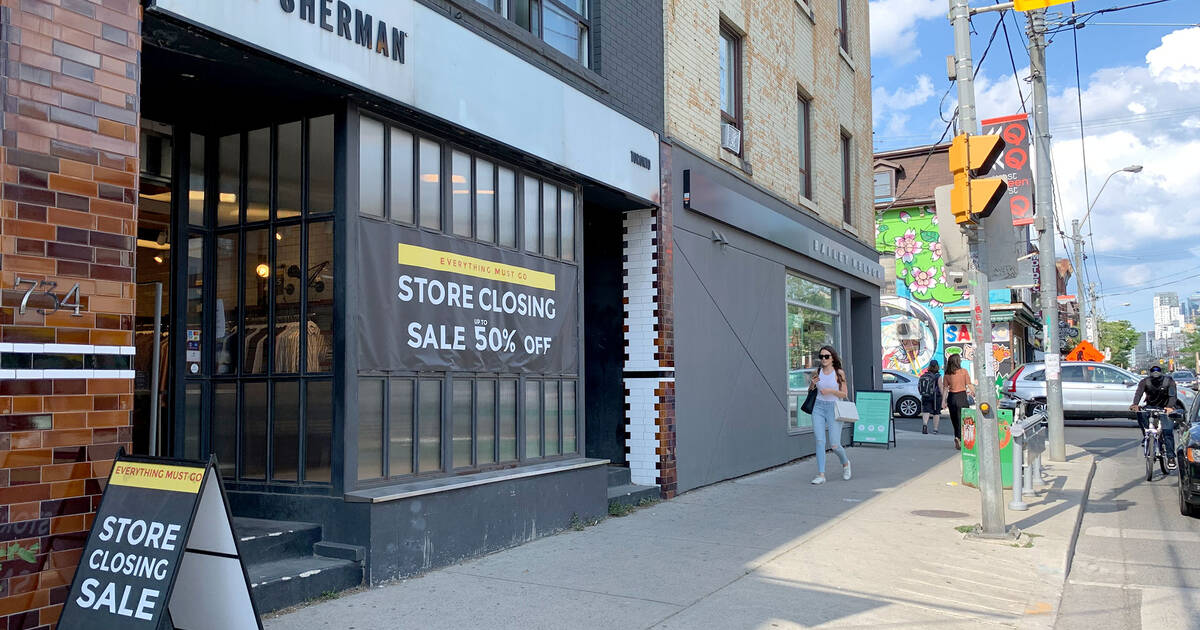 A menswear store with an international reputation is closing all of its Toronto stores except one at the end of the summer.

Ben Sherman, the UK-based men's clothing brand which currently has three stores here in Toronto, is shrinking its footprint on this side of the Atlantic.

One store closing is the West Queen West location near Queen and Niagara while the Vaughan Mills location will also shutter.

A Square One location, the last remaining in Canada for Ben Sherman, is expected to remaining open, at least a little longer.

"We have had the license for Ben Sherman in Canada for 15 years," a store spokesperson told blogTO. "We are up fo renewal this year and have decided not to renew."

According to the spokesperson, "there are no specific reasons" why they have chosen not to renew.

The last day for the stores will be Labour Day (September 7) so you have until then to stock up on their signature button-downs.

by Amy Carlberg via blogTO
Posted by Arun Augustin at 12:48 PM