Black Lives Matter projected on side of Toronto building 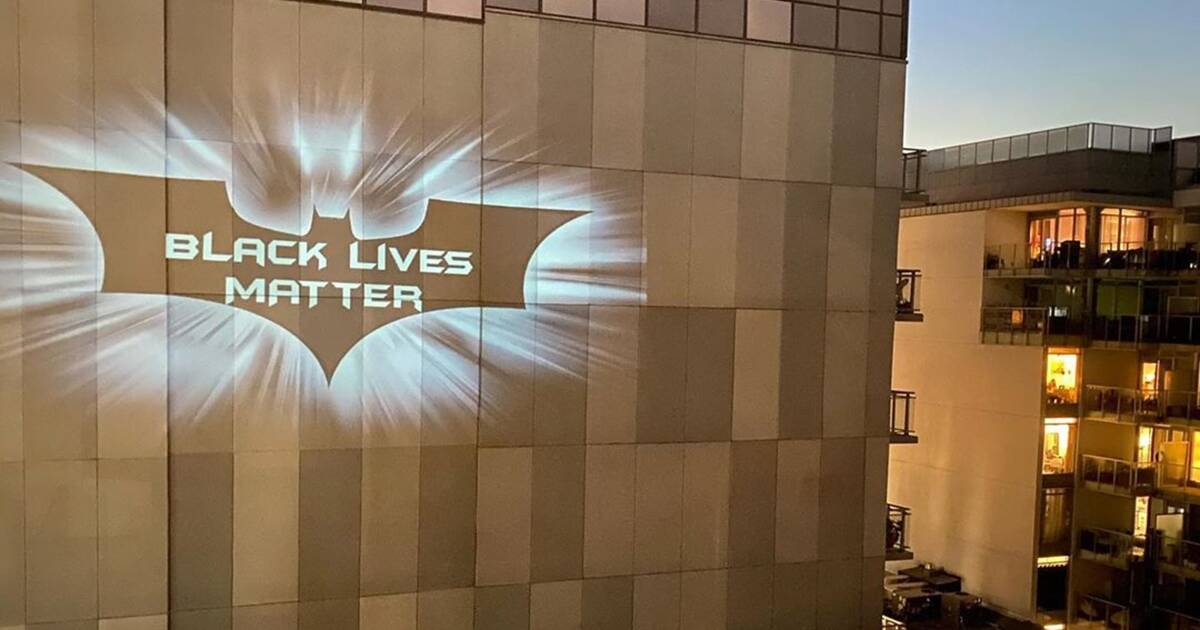 If you live anywhere near Portland and Wellington streets, you may have spotted a Batman symbol with an important message being projected onto a building each night after sunset.

But while this may seem like the work of a fictional superhero, it's actually one community member's way of supporting a cause he cares deeply about.

Jaiveer Singh has been interested in issues of racial justice since he first learned about Rodney King as a child.

Now, as a man in his 30s, he's supporting the cause by projecting the Batman symbol with the words "Black Lives Matter" on a building in his Toronto neighbourhood each night.

"I'm saddened and disappointed we have made such limited progress in this area as a society," Singh told blogTO, adding that he feels there's a strong need for criminal justice reform both here and in the U.S., and over-incarceration, inconsistencies with sentencing, and excessive police power are all urgent issues that need to be addressed.

"He comes to the rescue of cities at times of despair, uncertainty and restores hope in humanity," Singh said.

"He maintains a strong moral compass and sense of right and wrong. At a time when the leader of the free world has no moral compass, Batman must emerge everywhere."

Singh said he first came up with the idea for the project when he began following the murder of George Floyd, and he immediately started looking into how to execute it.

But he didn't do it alone. Singh had the help of Wojciech Gryc, Andrea Yip and Sabine Kilajian when working on the project, and the symbol itself was designed by Kilajian.

Thankfully, Torontonians still have some time to check out Singh's project, as he said his plan is to continue projecting the symbol every evening in July after sunset.

"This is an issue we should deeply care about, strive to make significant changes for the better and should live in our consciences until we do," he said. "This is an issue that should be top of mind even after the sun sets."