Gladstone Avenue in Toronto is named after someone who supported slavery 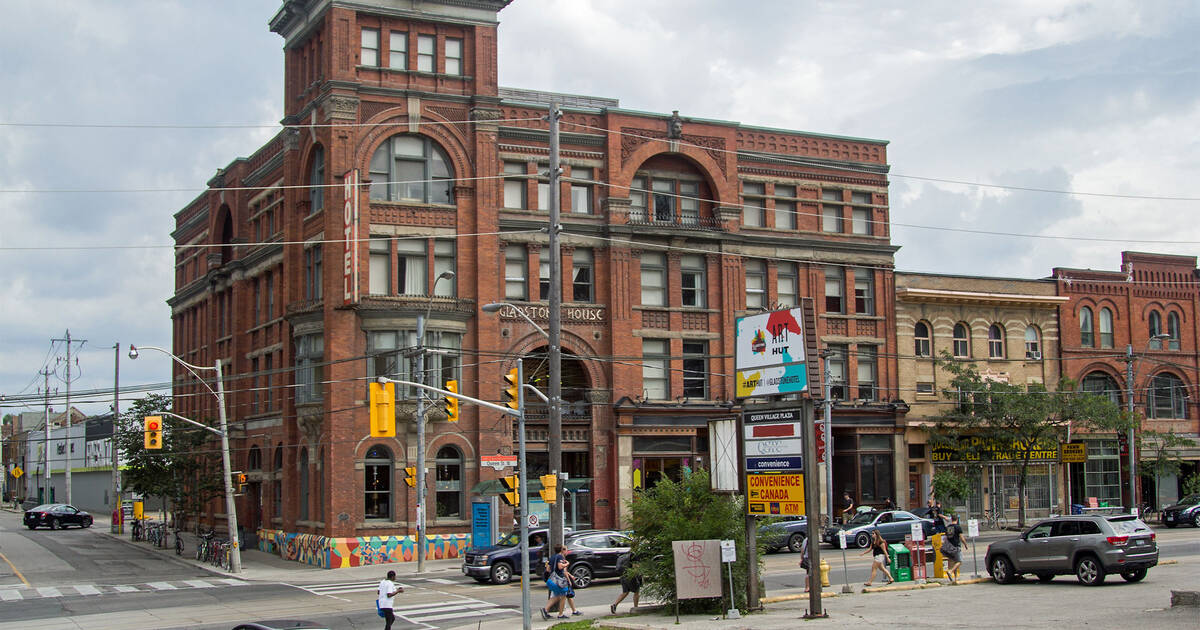 Many street names, town names and statues in Toronto and beyond have been under intense scrutiny the past few months over ties to racism and slavery, and it seems there's another one to add to the list.

Gladstone Avenue was named after British statesman and politician William Ewart Gladstone, a man who spoke out against the abolition of slavery and fought for slaveowners to be compensated after it was outlawed.

He served as the prime minister of the UK for 12 years, and his father, Sir John Gladstone, was one of the largest slave owners in the British Empire.

When slavery was abolished across the British Empire in 1834, Gladstone helped his father receive a government reimbursement of £106,769 for the 2,508 slaves he owned in the Caribbean.

William Gladstone's father was paid a £106,769 payment in 1837 as compensation after Britain abolished slavery in 1833. Sir John's claim was the single largest of any recipient made by the Slave Compensation Commission and he had the largest number of slaves. #HistoryMatters

Later in his life, Gladstone changed his tune and acknowledged that he was on "the dark side" of the issue. He even eventually referred to slavery as the "foulest crime" in UK history.

Still, calls for the removal of a statue erected in his honour in his home village in the UK have been mounting, and his great-great-grandson has said he will not oppose its removal, according to the BBC.

William Gladstone called for compensation for slave owners when it was outlawed... but later called slavery 'the foulest crime'https://t.co/O70ViMVznE

And yet, it seems many Torontonians are unaware of the problematic history of the Gladstone name.

The Gladstone Hotel, which sits at the corner of Gladstone Avenue and Queen Street West, also bears the name of the former British prime minister, as does the Bloor/Gladstone Library.

"The Gladstone was named for the street that was named after English politician William Gladstone 1809-1898," reads a blurb about the history of the Gladstone Hotel on its website. "Gladstone held several important government positions including Prime Minister. He was elected Prime Minister four times."

There is no mention of his personal ties to slavery on the website, nor the fact that he openly opposed emancipation.

But while Toronto residents haven't yet expressed outrage that a street in our city bares this man's name, at least not publicly, Dundas Street's similar history certainly provoked strong reactions.

The revelation that Dundas Street is named after Henry Dundas, a man who is also known for obstructing the abolishment of slavery in the UK, led many to call for it to be renamed nearly a month ago.

People want Dundas Street in Toronto to be renamed because of ties to slavery https://t.co/OBJahtc81T #Toronto #Dundas pic.twitter.com/EcbCN0xBHD

Mayor John Tory responded by directing City Manager Chris Murray to form a working group of city staff to "examine this issue broadly," and said "a broader and more in-depth examination and discussion is warranted" in light of the context surrounding the proposed name change.

"Renaming a major street or public space does create many practical challenges," he said at the time, "but we should have a process that can examine our very important and relevant historical questions, along with all of the practical matters involved if such changes were to be made."

by Mira Miller via blogTO
Posted by Arun Augustin at 11:48 PM