People keep warning about the dangers of the Scarborough Bluffs 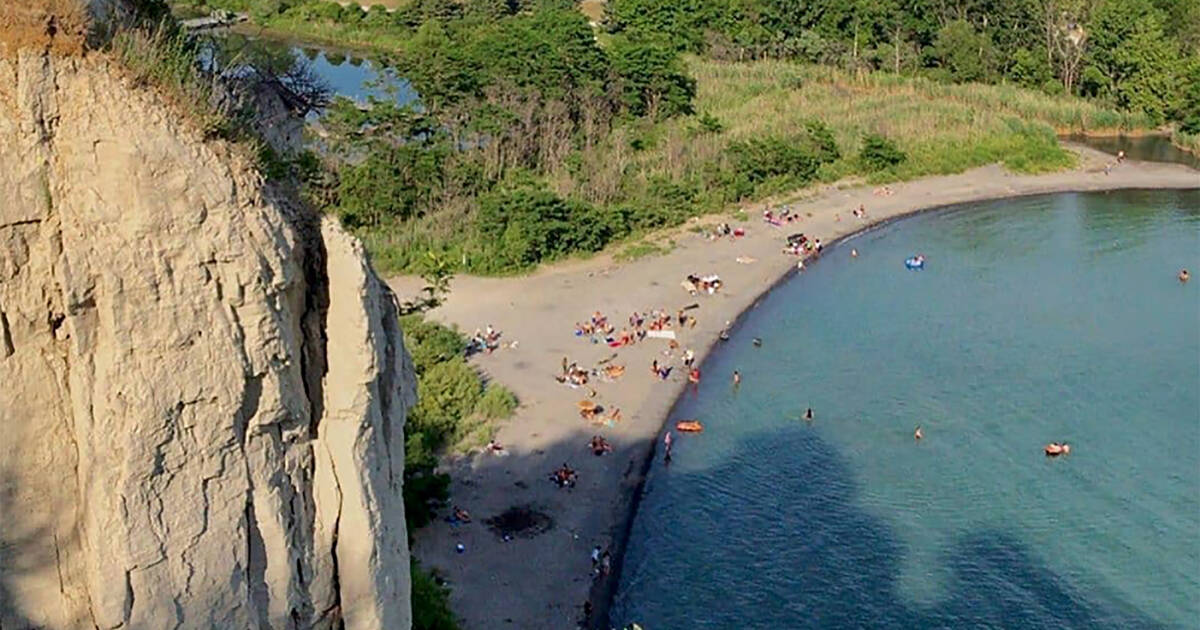 It's a tale as old as time: the Scarborough Bluffs are dangerous. Yet sometimes it seems like people need a constant reminder to be careful around them.

The massive escarpment is a popular spot, with a beach, park and marina nearby that typically gets very busy around this time of year. But it's not without its fair share of accidents.

Earlier this week, a man in his 20s fell seven metres down the bluffs and injured his leg and back.

Officials have warned visitors to practice caution around the bluffs, recommending they're viewed at a distance. Rescue incidents, they say, "require a significant number of resources that can't be deployed to other emergencies."

Now people are speaking out about the dangers of getting too close to the bluffs in a Reddit thread.

"PSA: Please don’t stand there. While my friends and I were here a very large amount of rocks fell. It’s too dangerous to be at the foot of the bluffs especially after that big rain," begins the thread accompanied by a picture of the rockface.

"I was taught at a young age to fear everything about the Bluffs. Don't go on top of them. Don't go below them. Don't play in the mud or a helicopter will have to pull you out. Just keep a distance and admire," reads the top comment.

"Of course I played in the mud and I had to be pulled out by my uncle."

"Shouldn't be there at any time. Nor too close at the top," reads another. "This is basic human survival understanding. There's a reason why people thrill seek for primal energy. You could die."

"You know what type of people keep getting into bad situations at the bluffs, the ones who don't read Reddit," said another.

The bluffs remain a popular spot for photographs — social media posts show people taking pictures from all around the area.

But even being on the beach can be dangerous, said one Reddit user.

"When the water levels are low, there's a little "beach" right at the foot of the bluffs. I've seen people there sunbathing, surrounded by rocks that have sheared off the face, completely oblivious."

People trying to climb the bluffs is a constant issue as well, with two teens needing to be rescued last year after getting stuck six metres from the top.

"This isn't complicated, people. Don’t climb the bluffs. Why would you climb the bluffs? Don't do it," wrote Edward Keenan of the Toronto Star around that time. "Stay away from the edge, like the signs tell you, because you know the edge might collapse."

No matter where you are near the bluffs, the advice is always the same: be smart and stay safe.

by Lisa Power via blogTO
Posted by Arun Augustin at 11:48 PM