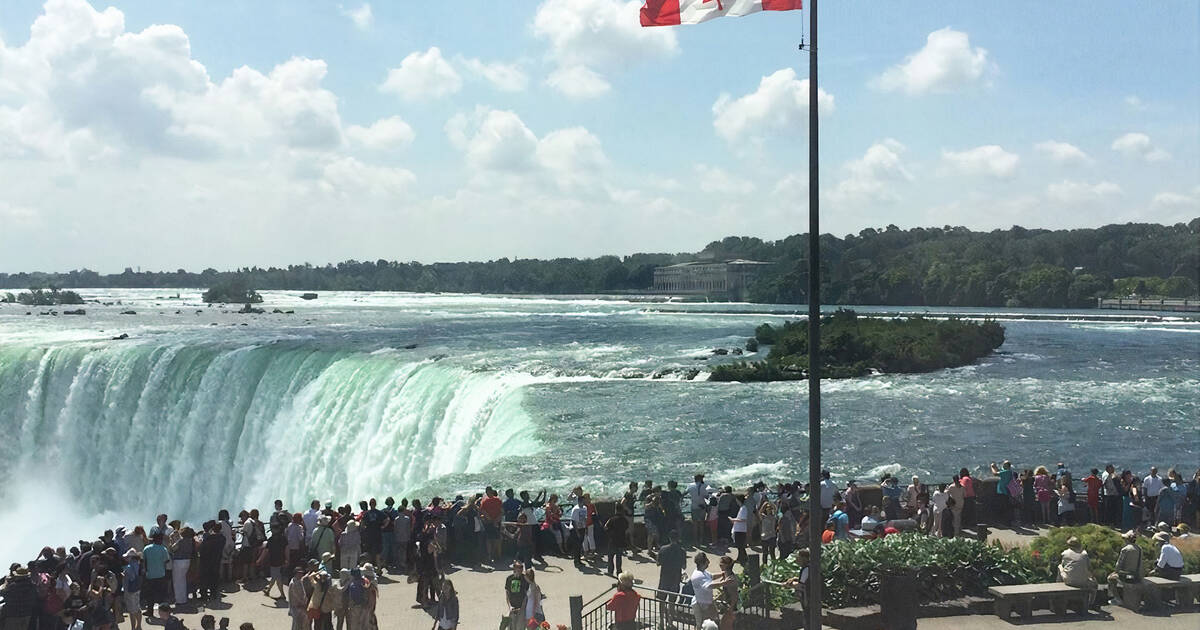 As people came to terms with the fact that Canada Day celebrations would look a lot different this year — namely, that some would have to be virtual instead of in-person — many still made it out to major attractions like Niagara Falls, packing main streets and flocking to get photos in front of the natural phenomenon.

Niagara Falls today. Absolute chaos. It is packed and barely anyone is wearing a mask. All the stores are open and many aren’t being sanitized.

Got out of the car, saw the situation, and nope’d outta there. pic.twitter.com/wvvfIkIfbd

Despite the fact that physical distancing is still very much a recommended thing and gatherings of more than 10 people are not yet permitted in Ontario, people seemed unafraid of being shoulder-to-shoulder with a bunch of strangers.

A number on the scene didn't seem to be wearing masks, either.

Ok I don’t get it... is Covid real? Did it come and go? Cause the beaches and Niagara Falls were packed with people shoulder to shoulder today and not one mask I can see... (Seen from the comfort of my home through social media)

While cities like Toronto cancelled all official fireworks shows to avoid encouraging grouping together, Niagara went ahead with its fireworks display to honour the nation's birthday.

Most activities and amenities were also back in full operation.

Apparently Niagara falls is covid free 🤯 so people decided to crowd up and disregard public safety 😷🦠6️⃣🐝 (Via: @berylk37)

The area has suffered greatly due to forced business closures and a drastic decline in travel and tourism amid the pandemic, and so has been trying to make a push to recover ASAP.

Though it's great that more money was flowing into the region on Wednesday, it, unfortunately, doesn't seem that people were taking the still-looming virus very seriously.

A few hours north at Wasaga Beach, another popular tourist destination, the scene was similar as citizens got out to enjoy the summer sun on their day off — unfortunately, far too close to one another.

Much like the backlash after Toronto's now-notorious Trinity Bellwoods Park incident in late May, people were disappointed to see others' complete disregard for public health and safety.

Hopefully there won't be a spike in COVID-19 cases related to the Canada Day crowds, just like there weren't after the Bellwoods weekend and the recent marches against anti-Black racism that saw turnouts in the thousands as Ontario's new case numbers continue to trend downward.